Editor’s note: This is a guest post by Frances Ligler, Lampe Distinguished Professor in the Joint Department of Biomedical Engineering (BME) at NC State and UNC-Chapel Hill. This is one of a series of posts from NC State researchers that address the value of science, technology, engineering and mathematics. 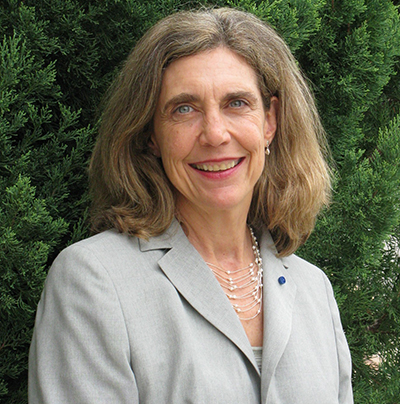 Judging from evidence provided by Star Wars and The Six Million Dollar Man, repairing body parts seems to require a screwdriver. However, teams of scientists and engineers are exploring other ways to repair our bodies and NC State faculty and students are collaborating across colleges to perform cutting-edge experiments to further regenerative medicine therapeutics.

Before joining NC State, Michael Daniele (an assistant professor of BME and electrical and computer engineering) and I invented a method of making long strings of artificial blood capillaries by creating soft walls in between fluids streaming through a small channel. Cells present in the streams were incorporated into the capillaries to mimic the 3-D architecture of your capillaries and veins.

At NC State, we joined forces with Ke Cheng, an expert in stem cells and cardiology from the College of Veterinary Medicine, to incorporate these artificial capillaries into a degradable patch containing cardiac stem cells. Postdoctoral fellow Teng Su placed the patches on damaged areas of rat hearts and showed both repair of the rat heart tissue and return of the pumping capacity of the heart (which does not happen under the untreated condition where scar tissue forms in the damaged heart). 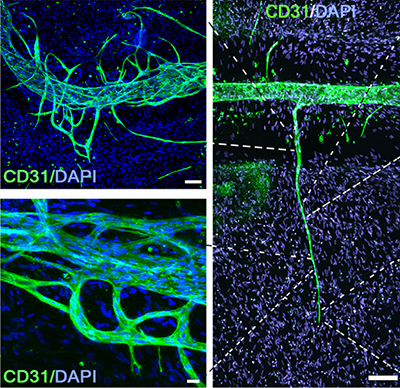 In another exciting collaboration, Matt Fisher from BME, Rohan Shirwaiker (an associate professor of industrial and systems engineering) and Behnam Pourdeyhimi from the College of Textiles are teaming up to reconstruct damaged knees. They are recreating the underlying fibrous scaffolds that support the cartilage in a manner that better mimics the original knee and supports the growth of the normal cell type within the new scaffolds – which should improve healing and support a return to normal function in the knee.

The variety of skills required for this project include designing an entirely new device for printing fibers, understanding how to arrange the fibers and change their composition to accommodate bone or cartilage-forming cells, and learning how the new tissue develops to accommodate physical motion.

The lure of replacement body parts is widespread. There are far more people waiting for replacement organs than can be accommodated by human donors. Learning to use an individual’s own cells to trigger tissue regeneration has far more long-term potential to address the ever-growing needs of accident victims and an aging population.

The key to success lies with teams of dedicated scientists, engineers, medical professionals and financial supporters that are focused on using the lessons learned across many fields to solve this grand challenge.