Joseph DeSimone, the William R. Kenan, Jr. Distinguished Professor of Chemical Engineering at North Carolina State University and Chancellor’s Eminent Professor of Chemistry at UNC-Chapel Hill, has been named the recipient of the 22nd Heinz Award in the Technology, the Economy and Employment category. 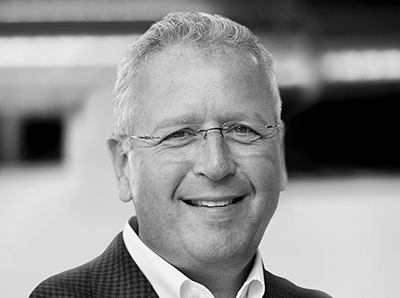 Awarded by the Heinz Family Foundation, the honor recognizes the extraordinary achievements of individuals in the arts and humanities; environment; human condition; public policy; and technology, the economy and employment.

DeSimone was selected because of his achievements in developing and commercializing advanced technologies in green chemistry, nanoparticle fabrication, precision medicine and 3-D printing. The award also recognizes his leadership in convergence research, a new model that integrates life, physical and engineering sciences to achieve innovations that positively impact human life in the areas of health, environment, energy and the economy.

“Dr. DeSimone’s achievements as a polymer scientist and entrepreneur leading to singular breakthroughs in areas such as 3-D printing, nanomedicine and green chemistry are many, and the positive effects on how we live, create, work and treat our planet are only just beginning to be seen,” said Teresa Heinz, chairman of the Heinz Family Foundation. “We honor him with the Heinz Award in Technology, the Economy and Employment not only for these accomplishments, but also for his ability to work across the traditional boundaries of scientific discipline, and for taking knowledge gained out of the laboratory and into the places where it can have a positive impact.”

During his nearly three-decade career at NC State and UNC-Chapel Hill, DeSimone’s innovations have ranged from creating environmentally safe processes to make everyday materials, such as detergents, to engineering medical cures on the nano-level.

He has more than 350 publications and holds nearly 200 patents, which have also led him to found multiple companies based on his work.

DeSimone’s most recent work has been in the area of advanced manufacturing, where his technology — known as Continuous Liquid Interface Production, or CLIP — is used to reimagine 3-D printing with his company Carbon. He is currently on sabbatical leave to lead that company, which is using CLIP technology to fabricate objects significantly faster than current state-of-the-art 3-D printers.

“With CLIP and the parallel breakthrough we’ve made in the development of programmable liquid resins, we are changing the whole trajectory of how polymeric products are designed, engineered, made and delivered, from computer components and medical devices to running shoes and cars,” DeSimone said. “3-D printing has had everyone’s attention, and inspired a lot of people to innovate, but until now, it has been a frustratingly slow technology, without the quality or the materials to scale production. With our technology, the entire dynamic of traditional manufacturing is changing. Instead of making many parts that then need to be assembled in order to create a final object, we are able to directly make the final product.”

A member of all three branches of the National Academies, DeSimone has also been the recipient of the U.S. National Medal of Technology and Innovation, the Kabiller Prize in Nanoscience and Nanomedicine from Northwestern University’s International Institute for Nanotechnology and the Lemelson-MIT Prize.

“It is truly humbling to be recognized with a Heinz Award,” DeSimone said. “By pursuing research paths at the interface of diverse disciplines, my students, coworkers and I have developed new technologies that, over time, have influenced areas including manufacturing and medicine. This award is a testament not just to our discoveries, but to our approach to research — bringing together people with diverse backgrounds and expertise to solve difficult scientific challenges, ultimately to create a positive impact in the world.”