Office of Research and Innovation Announces 2019 Awards for Excellence Winners

Kroeger and Rogers will represent ORI at the NC State University Awards for Excellence Ceremony, being held June 11 at Hunt Library. Each year, the award is presented to employees for showing exemplary efforts in their service to the university and the state of North Carolina.

“All thirteen nominees for the 2019 Awards for Excellence have shown they are among the university’s highest achievers,” Vice Chancellor for Research Mladen Vouk said at the April 26 ceremony. “I thank you all for the phenomenal work you’ve done over the last year and the dedication you have shown to our university and the state of North Carolina.” 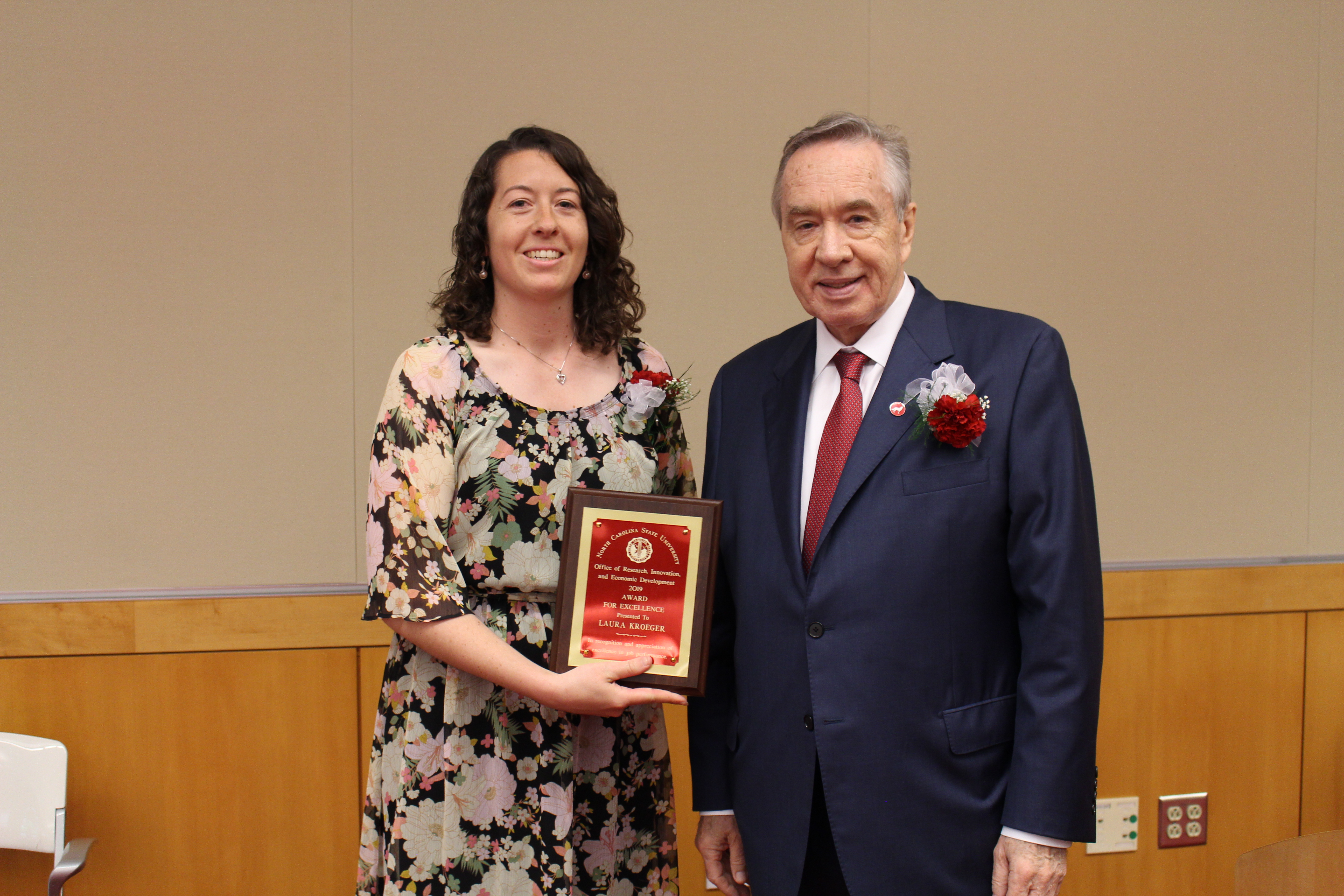 Since 2016, Laura Kroeger has done outstanding work in her various roles for ORI. Kroeger got her start as the Springboard office manager, where just one of her many jobs was to serve as the always smiling face who greets each and every office visitor — from undergraduate students to industry partner executives. Like many state employees, this role often requires wearing many different hats.

Kroeger quickly proved her talents merited a new full-time position, and she was hired as a university program associate in 2017. Shortly after, her efforts were rewarded again, with a subsequent promotion last year and promotion to research program specialist in 2019.

Kroeger’s diverse day-to-day responsibilities draw upon a number of skills and require her to interact with a variety of faculty and staff. One thing all who’ve worked with Laura seem to agree upon, though, is that she is committed to providing customer service of the highest quality.

“With each interaction and communication, Laura skillfully engages with a variety of personalities and needs of faculty, staff and administrators,” said Sharon Joines, associate dean of the College of Design, in Kroeger’s official nomination letter. “I have never once seen her grumpy, short-tempered, or unkind; instead, she is professional, supportive and cheerful without being artificial. In short, Laura Kroeger is the embodiment of outstanding customer service at NC State.”

Time and again Kroeger’s shown she can be depended upon to complete any task given to her — no matter how short the deadline, and always with a positive attitude.

“Laura is stretched in many different directions, but she is always willing to offer support wherever it is needed,” said Ginny Moser, director of research administration for the ISSC, in Kroeger’s official nomination letter. “Her calm, pleasant demeanor makes her a joy to work with.”

Kroeger’s current role requires working with all five units of ORI and its partnering divisions and colleges, as well as external local, regional and national collaborators. But her main focus is to provide essential administrative support to the Vice Chancellor for Research’s four advisory committees — the Research Leadership Academy (RLA), the Research Operations Council (ROC), the Research Support Council (RSC) and the University Research Committee (URC). 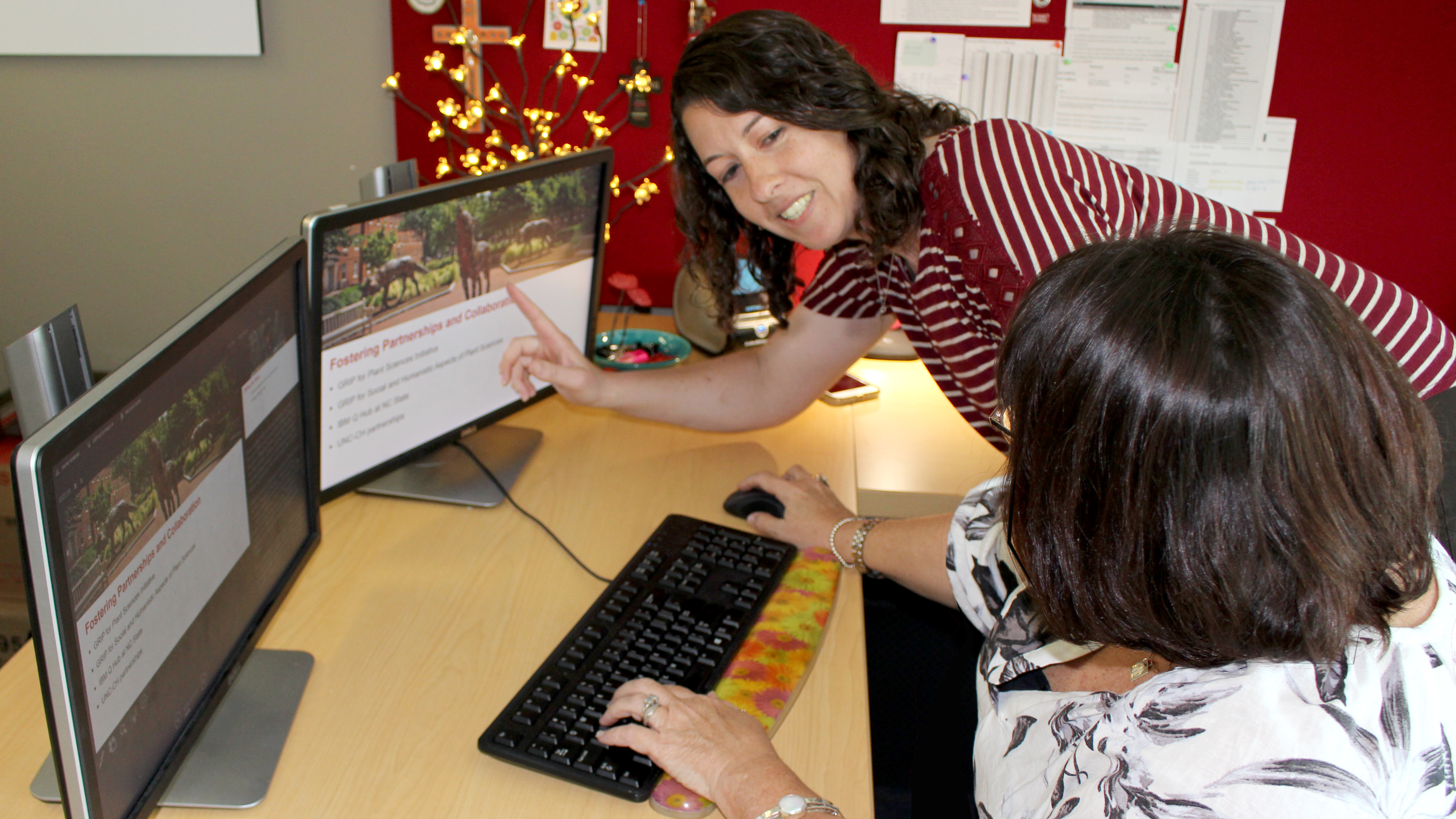 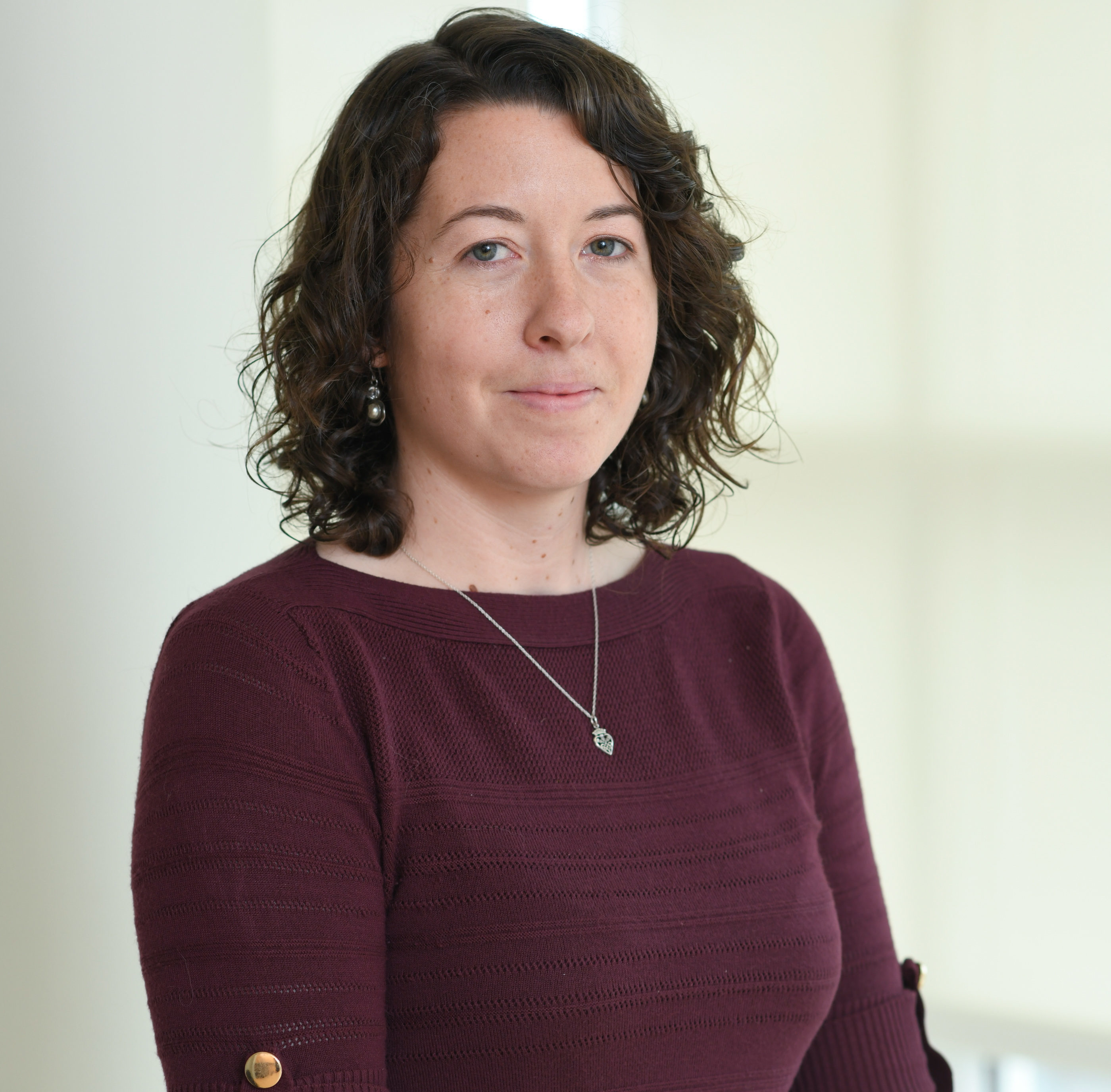 “Laura’s efforts in RLA activities are nothing short of phenomenal,” said Greg Parsons, RLA chair-elect, in Kroeger’s official nomination letter. “She works tirelessly to make events more organized than I imagined possible, and she creates new ways to attract and ensure wide participation from faculty as leaders and attendees at RLA events. The RLA’s success and reputation on campus are growing, and I believe that this success is directly traced to Laura’s hard work, attention to detail, and enthusiasm for excellence.” 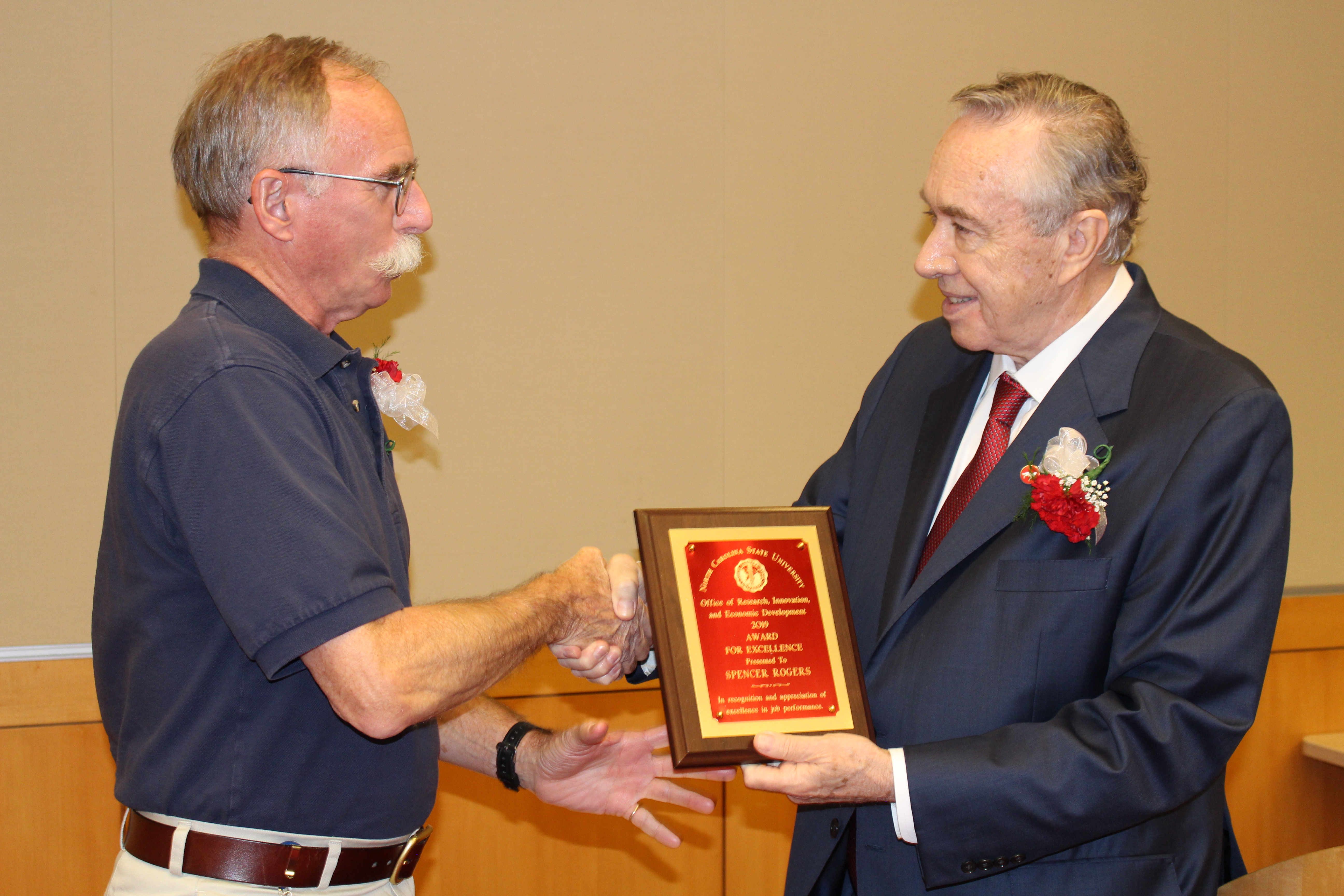 As a Sea Grant employee for over 40 years, Spencer Rogers has regularly gone above and beyond to provide scientific, research-based information to coastal property owners, government agencies, designers and building professionals — earning a national reputation as one of North Carolina’s “go-to people” for coastal construction and erosion knowledge.

“Because he focuses on sound science, offered up in plain-spoken, understandable terms,” said Frank Lopez, North Carolina Sea Grant extension director, “Spencer is sought after as a public speaker to local homeowner’s associations and town meetings, state and national panels, and international conferences on topics like flood insurance, the role of sand dunes in coastal management, and beach safety. He’s also regularly sought out for his expertise by media outlets.” 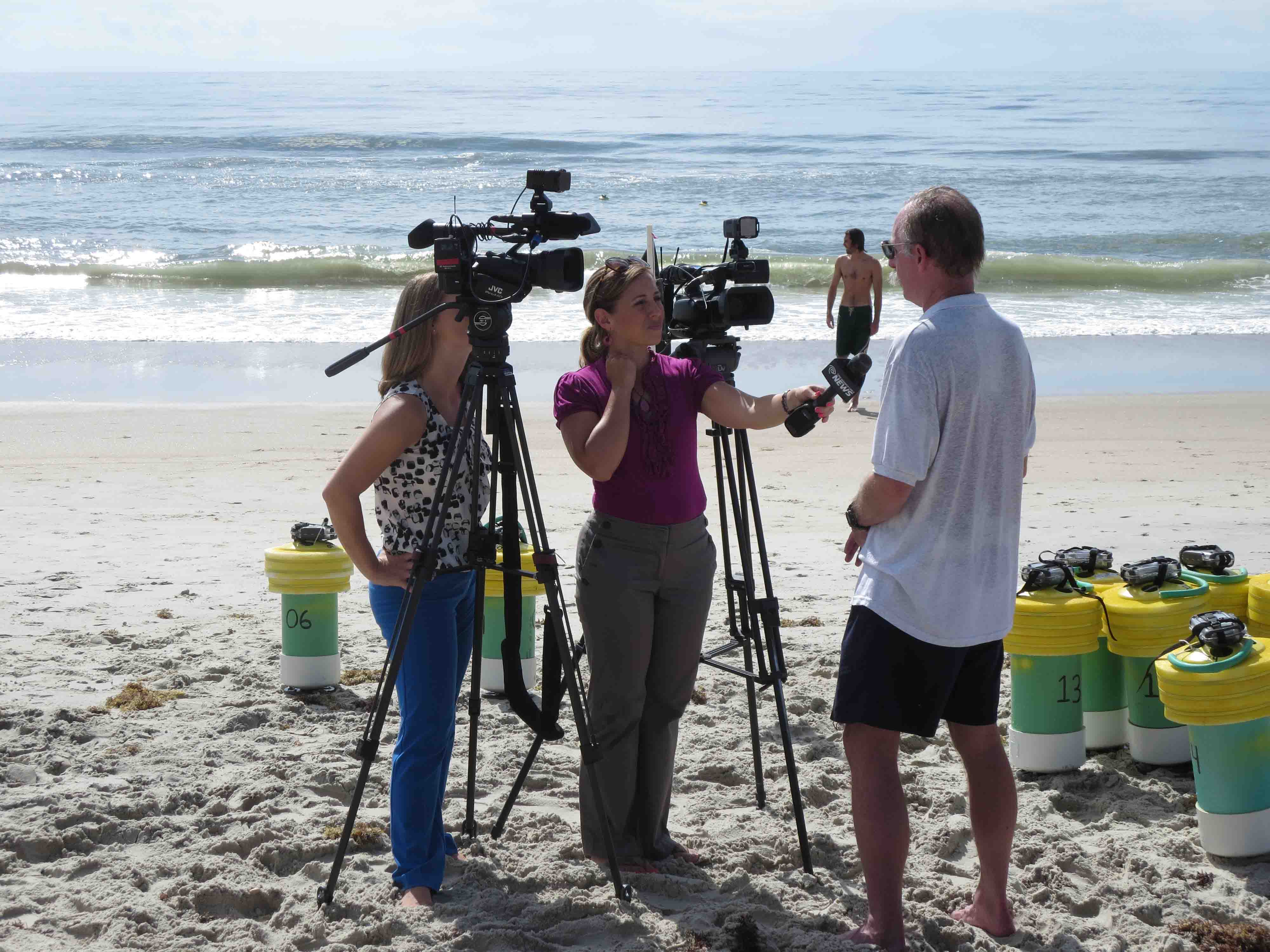 Rogers is interviewed by a Spectrum News reporter. 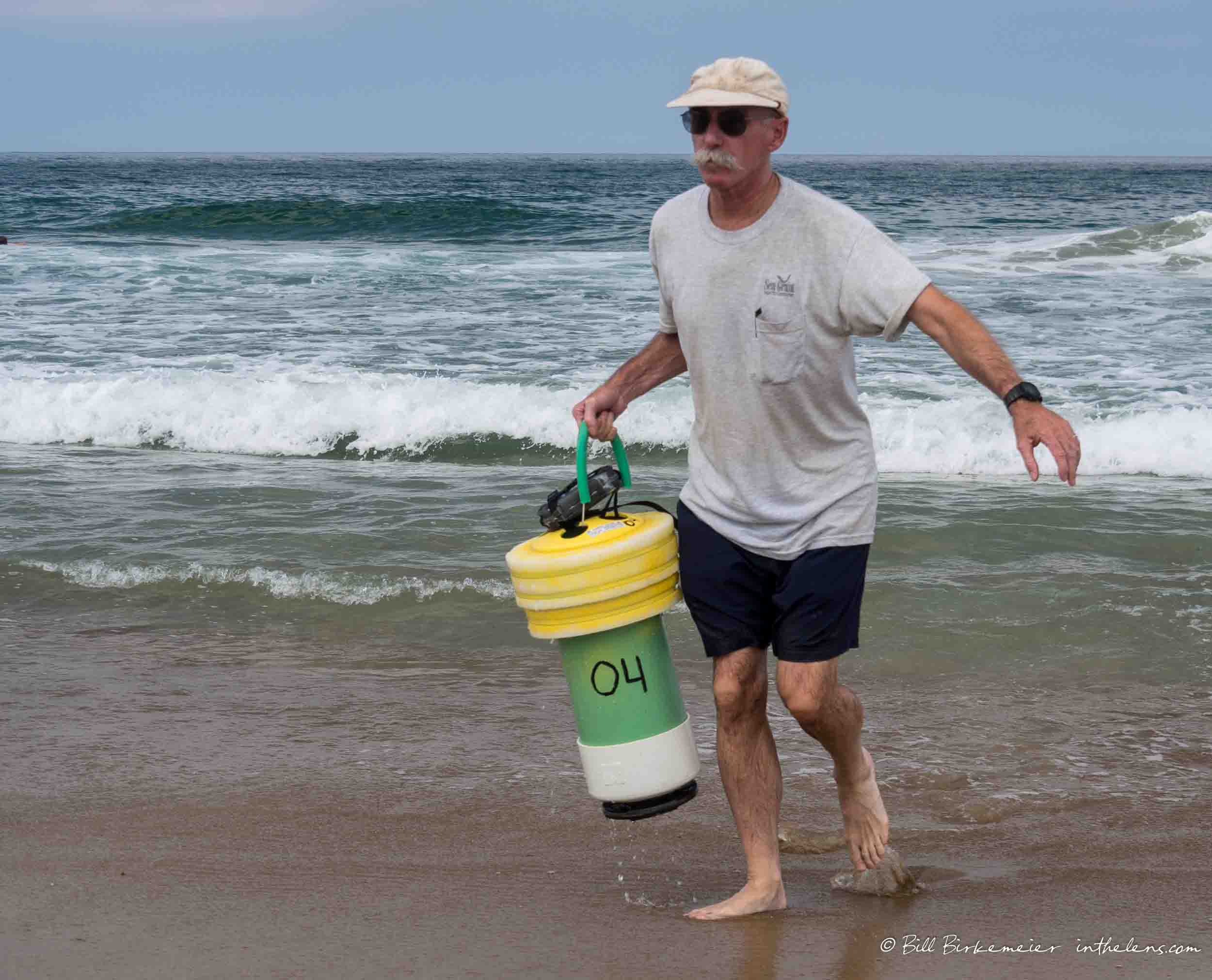 Rogers deploys self-constructed drifters that gather data to improve forecasting of rip current formation and intensity. His research has been published by the American Society of Civil Engineers and other journals and organizations.

Rogers’ focus on coastal safety has been a tremendous service to North Carolina residents, property owners and visitors. Of particular note are his research and outreach efforts related to rip currents and coastal construction.

“I don’t think it’s hyperbole to say that his research and outreach relating to rip current safety has and will save lives,” Lopez said.

Rogers’ contributions to coastal management were recognized in 2014 by the National Oceanic and Atmospheric Administration (NOAA) — when he received the Walter B. Jones Sr. Award, for exemplary leadership and a commitment to balancing the use of our coasts with the needs of natural ecosystems.

Rogers has surveyed the impacts of every hurricane and many of the tropical storms in the Atlantic and Gulf Coast regions over the past four decades; most recently, as part of a multi-institutional team following Hurricanes Florence and Michael this past hurricane season.

“Spencer has endured at North Carolina Sea Grant since 1978 because of his love of the extension role — never knowing who will call, stop in or send a message seeking his assistance,” Lopez said. “There have been many of these personal encounters, and he still takes great pride and satisfaction in telling me about them.” 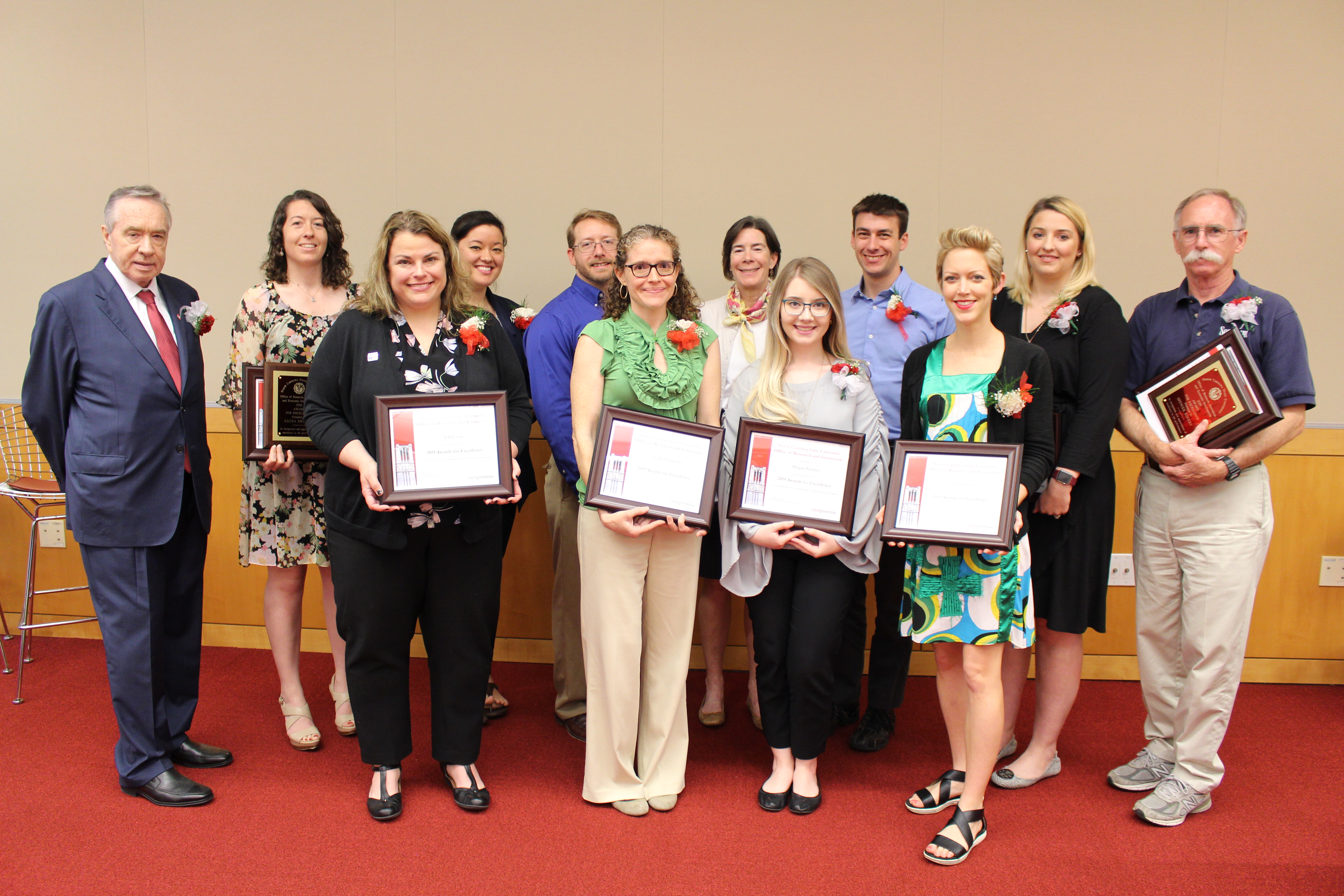