NC State provides innovators with a range of programs and services to develop, protect, market and commercialize inventions developed at the university through the licensing of intellectual property or the launch of new companies based on university innovations.

An example of NC State’s research impact can be seen in the recent news about 2015 NC State spinout Locus Biosciences, Inc.

Earlier this month, Locus entered into an exclusive collaboration and licensing agreement with Janssen Pharmaceuticals, Inc. The agreement, facilitated by Johnson & Johnson Innovation, includes an initial investment of $20 million and is potentially worth up to $818 million. The partnership is focused on the development and manufacturing of CRISPR-Cas3-enhanced bacteriophage products targeting two key bacterial pathogens of the respiratory tract and other organ systems. After the deal, Locus will retain all rights to the technology and its application to other pathogens. 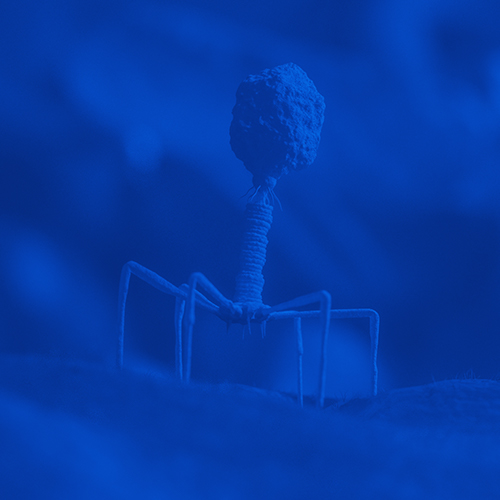 “During the early days of Locus’s formation, NC State Research Commercialization worked closely with the team to help solidify intellectual property protection and the freedom to operate around the university’s CRISPR inventions,” said Wade Fulghum, interim executive director for the Office of Research Commercialization. Today, NC State has several issued patents related to the CRISPR Cas3 technology licensed exclusively to Locus Biosciences for global use.

“CRISPR is a great example of the groundbreaking research being done at NC State. As you would expect, inventions and technologies developed at a university are generally at an early stage and require further development and testing before they can be made available in the marketplace. Our partners at Locus Biosciences, under the leadership of CEO Paul Garafolo, have built an incredible technology and company based on CRISPR Cas3 intellectual property,” Kultaran explained.

Locus is the world leader in CRISPR-engineered phage therapeutics — a groundbreaking way to treat infections stemming from bacteria found nearly everywhere within the human body. The Type I CRISPR-Cas3 patented technology degrades the DNA of target bacteria cells and quickly destroys them, removing unwanted bacteria from the human body while leaving the good bacteria unaffected. If proven safe and effective in clinical trials, these products could provide a turning point in the global battle against antibiotic-resistant infections and other microbiome dysbiosis-related conditions.

“NC State has been a great partner throughout the process of creating and building Locus,” said Locus co-founder and CEO Paul Garofolo. “The Office of Research Commercialization understands that startups need support and flexibility in the early days and that if you give them the opportunity to run they can achieve great things.”

The Office of Research Commercialization understands that startups need support and flexibility in the early days and that if you give them the opportunity to run they can achieve great things.

In addition to providing Locus’s founding technology, NC State has been an excellent source of talent for the company. “Paul Garofolo and I met in 2014 as I was completing my Masters of Microbial Biotechnology at NC State and Paul was a mentor in one of my courses where we developed the initial scientific and business plans for CRISPR-Phage technology,” said Locus co-founder Nick Taylor (MMB ‘15, MBA ‘16). “I am constantly amazed and humbled by the growth of our team and the progress we have made toward revolutionizing the treatment of disease.”

Eight of Locus’s 30 employees are NC State graduates, contributing across many key areas of the company. “NC State provided incredible opportunities that shaped my graduate career,” said Kurt Selle (Ph.D., 2016). “My training with Dr. Barrangou and Dr. Klaenhammer gave me an excellent foundation for my work at Locus.” Danny Schmitt (MMB, 2017) added, “I found the transition from student to professional to be rather seamless, which is a testament to the opportunities and coursework available at NC State.”