U.S. Secretary of Agriculture George “Sonny” Perdue brought his multi-state listening tour to NC State University on Thursday, where he heard repeatedly about the importance of communicating with and educating the public about agricultural innovation.

After a breakfast with NC State student leaders in agriculture, Perdue took part in a one-hour conversation with a panel that included ag biotechnology pioneers and university leaders.

He said the message he was taking away from the session at NC State’s Hunt Library was that while agricultural science and technology is a route to future rural prosperity, communicating the safety of our food to a “rather skeptical” public is a challenge.

“We have to learn the language of the consuming public,” he said, because “we not only want the food to be safe, we want the public to have the confidence that the food they are consuming is safe and healthy.” 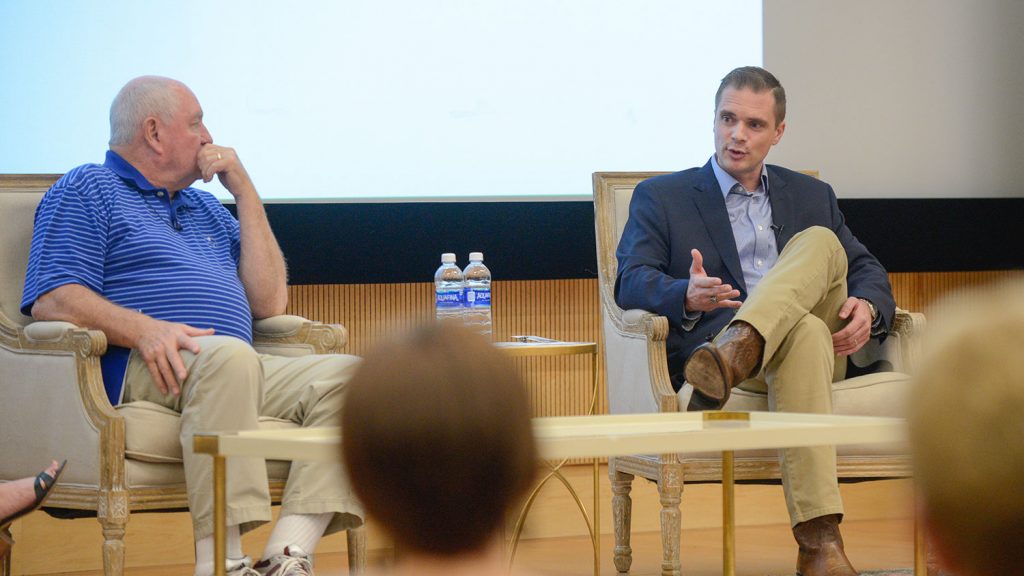 Chancellor Randy Woodson was also there, delivering a welcoming address that focused on the importance of agriculture and biotechnology companies to North Carolina’s economy. He noted that in addition to large agricultural biotechnology firms in the Research Triangle area, there are some 500 other smaller companies throughout the state that are “moving agriculture forward.”

“Those companies and all of agriculture in our state need talent, and that’s part of our responsibility — to make sure we are generating that talent … not only in terms of the graduates of the university but also to make sure that all the farmers across the United States have the cutting-edge technology that they need to be successful,” Woodson said.

“We also have a responsibility to create solutions — solutions to problems that face agriculture all over our country and particularly here in North Carolina,” he added.

Also in attendance were several members of the North Carolina General Assembly, and CALS alumnus Ray Starling, special assistant to the U.S. president for agriculture and agricultural trade.

While Perdue said he was excited by the pace of problem-solving agricultural innovation, he also stressed the need for “integrated communication” coming from agriculture’s many stakeholders.

“It doesn’t help to have 500 biotechnology research firms here if their research is not going to be accepted – if it’s going to be feared,” he said. 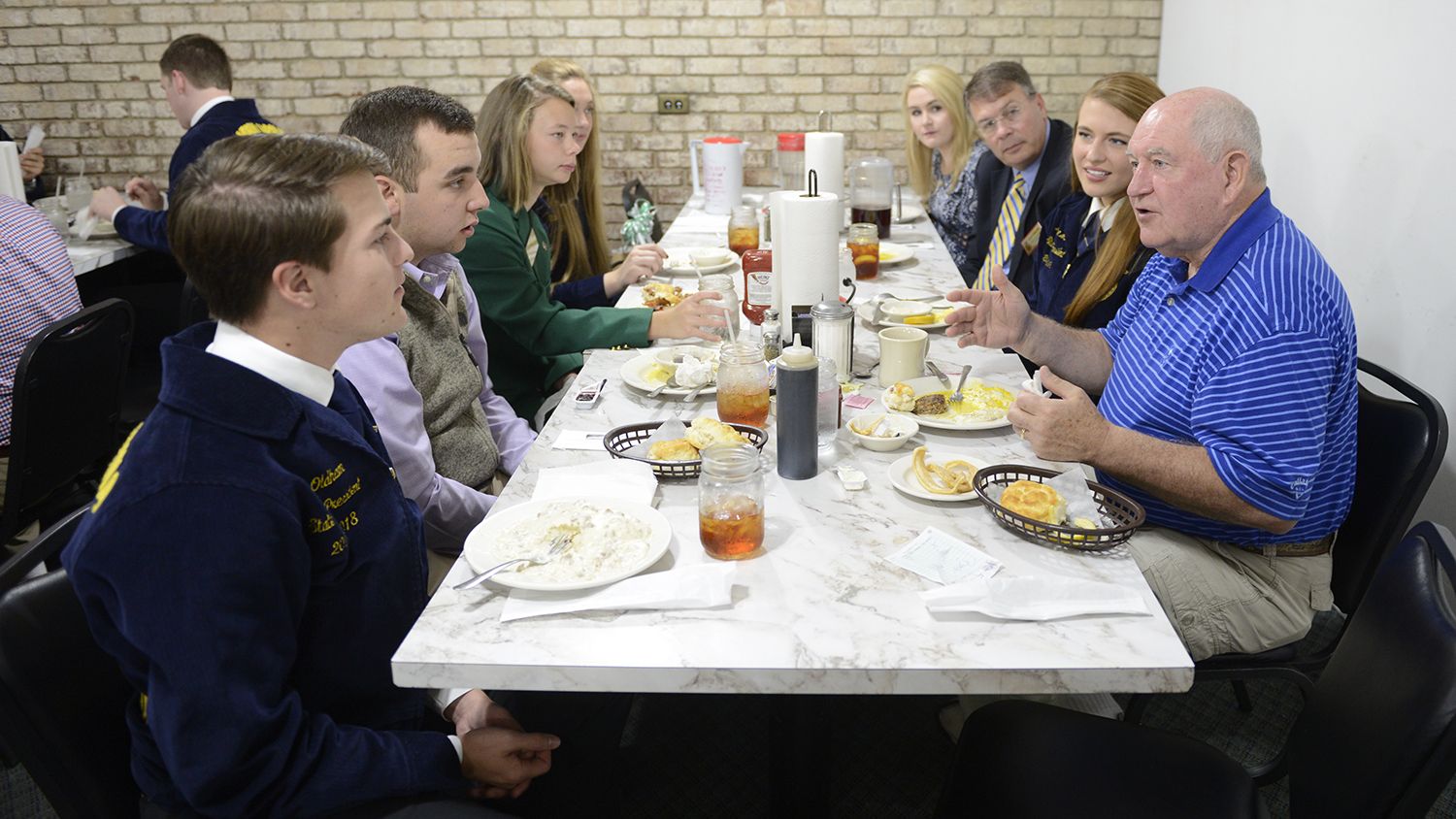 Perdue (front, right) met with NC State students and others for breakfast.

Barrangou agreed, noting that gaining consumer trust is key. A renowned innovator in emerging gene-editing techniques, he asked, “How can we as stakeholders make advances (in) public acceptance of technology, in general, and genome editing, in particular?“

Perdue answered, “The communication aspect is … challenging, because to some degree we’ve lost the communication battle over GMOs. We need to find better ways to communicate to our customers a sense of safety and a sense of concern for their well-being,” he said.

“Truly, in the next few years we are going to revolutionize the whole idea of what we think about agriculture. It’s not just sweet potatoes. It’s pharmaceuticals,” he said, “It’s life-changing health for America: human health, plant health, animal health and general health overall.”