THIS STORY WAS ORIGINALLY POSTED ON THE GENETIC LITERACY PROJECT BLOG ON NOVEMBER 7, 2017 | BY Paul McDivitt 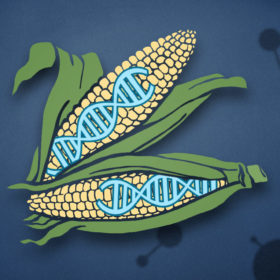 The US Department of Agriculture (USDA) announced yesterday that it is withdrawing a proposed rule to revise the agency’s regulations of genetically engineered crops. The rule was proposed by the outgoing Obama administration in January.

It would have been a major change from the agency’s “regulate first/analyze later” approach to one that would have required identifying a potential risk before regulating a crop. However, many scientists and biotech advocates thought the proposal didn’t go far enough in easing restrictions, and worried the change could hinder research and development of crops modified with new breeding techniques, such as CRISPR.

“My thinking is that if a rule is criticized by both sides on the same points, it has probably struck a good balance,” said Jennifer Kuzma, a professor at North Carolina State University’s School of Public and International Affairs. She sees the Trump administration’s anti-regulation philosophy at work, and GE crop developers as the likely beneficiary of the withdrawal.

Read the full article at the Genetic Literacy Project

« Scientific American: Could Genetic Engineering Save the Galápagos?
Politics “Trumps” Science in the Regulation of Genetically Engineered Crops »