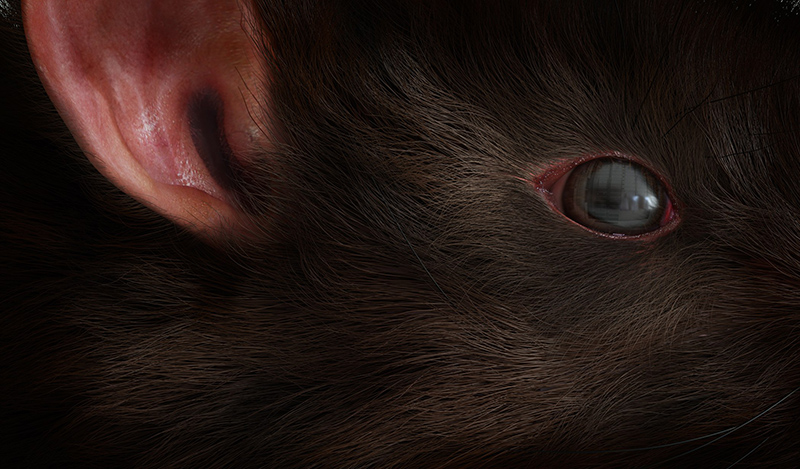 Read the full story on WIRED. Illustration by Cristiano Rinaldi

A deep dive into the inception of the Genetic Biocontrol of Invasive Rodents (GBIRd) program, this article in WIRED details how Karl Campbell of Island Conservation came across GES Co-Director Fred Gould’s research suggesting that the genetic engineering techniques being used to manage insect populations could also be applied to other species—like rodents. And then, what happened when CRISPR came along.

Poison. Traps. Rifles. The methods for eradicating island predators like rats are brutal. Some conservationists want to use Crispr to do the same job. This method isn’t brutal, but it could fundamentally transform our power over nature.

In 2006 Campbell went to work for Island Conservation, taking his skills beyond the Galapagos. He has helped rid San Nicolas Island, in California, of feral cats; Choros Island, Chile, of rabbits; and Desecheo Island, Puerto Rico, of rhesus macaques. But every eradication is a grind, and Campbell is vexed by the scale of the problem: There are 465,000 islands on Earth, home to 41 percent of endangered land vertebrates, and most of the islands with endangered species also have introduced species on them. “We are barely scratching the surface,” Campbell says.

Then, in 2011, Campbell stumbled upon an idea that smelled like the transformative innovation he had been looking for.

Gould asked Campbell, “Do you know what you are getting into?”

An entomologist at North Carolina State University named Fred Gould had written a paper positing that genetic engineering techniques that had been used with insects were ripe for deployment in other troublesome species like rodents. (Along with driving island species extinct, rats and mice eat enough rice each year to feed 180 million people, and they transmit Lyme disease and hantavirus.) Scientists could use genetic engineering to favor certain traits, Gould pointed out, and push them through wild populations.

Campbell invited himself for a visit to Gould’s lab in Raleigh. As you do, Gould turned to the internet to figure out who Campbell was. “I was just shocked,” Gould says. “If you look at the Island Conservation website it is all woodsy-greensy.” A lot of passionate environmentalists are opposed to genetic engineering. Gould asked Campbell, “Do you know what you are getting into?”

Campbell did. But he didn’t care that other conservationists considered genetic engineering too risky to attempt and too unnatural to countenance. He wanted to stop extinctions. Gould liked the man’s pragmatism.

Gould’s ideas were theoretical. But in 2012 the prospect of making the theoretical real suddenly got a lot better with the discovery of the Crispr technique, a new way to edit genes quickly, cheaply, and precisely. With Crispr, any DNA sequence could be precisely cut and pasted into any location in any genome.

Read the full article at WIRED