Space for the Social Sciences in Engineering Biology 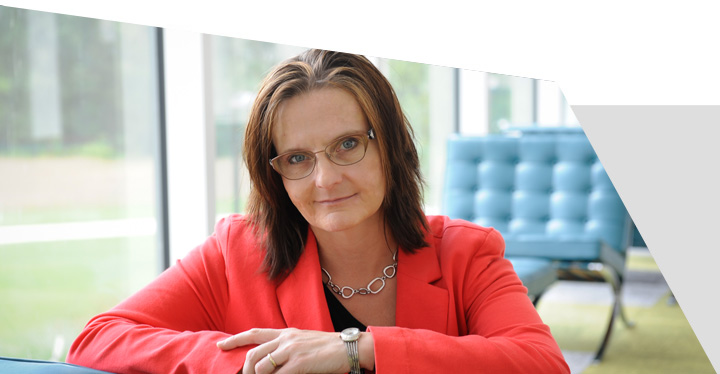 I had the pleasure of attending the Canada SynBio 2018 Conference “Engineering Biology for Health, Food and the EnvIronment in Toronto last week. While I’ve been to many such events in the United States, this was my first formal introduction to the Canadian innovation context for emerging biotechnologies. The event was designed to build Canada’s synthetic biology community through networking, discussion, and planning. Synthetic biology is most simply defined as “engineering biology to make useful things.” It includes new biotechnologies such as designer genes and proteins, metabolic pathway engineering, gene editing and gene drives, and artificial cells. I was impressed by the knowledge and enthusiasm of the speakers and participants, and the collaborative spirit they expressed to grow Canada’s capacity in synthetic biology. However, by my calculation, I was one of very few people not directly involved in biotechnology product-pipelines, and one of just two social scientists/humanities scholars on the program (a bioethicist and me). The vast majority of the speakers were product developers or the people funding such work. Mild or moderate critics of biotechnology were also absent. Although I recognize that inviting the most stalwart opposers of genetic engineering may not be productive, I would argue that the lack of diversity in critical and broader perspectives is problematic for any country or organization looking to build a synthetic biology community. I explain below.

The history of biotechnology applied to non-clinical settings is contentious. Genetically engineered crops and the foods derived from them have sparked decades of protest. Debates about the environmental and health safety of GMOs have continued despite widespread scientific consensus that current GM food products on the market are “safe”, and product-developers remain puzzled as to why the public does not uniformly accept GMOs. This bewilderment was also expressed at the conference with no resolution. Broader perspectives and expertise could have helped to unpack the antagonism of the first generation of GMOs and move the discussions forward in a productive way. For example, risk analysts, social psychologists and behavioral scientists have known for decades that “safety” is a socially constructed concept, and pronouncements from technology fans will do little to assuage public concerns. Rather, risk perception is dependent on a variety of factors including features of the technology (e.g. controllability, familiarity) and the individual (e.g. worldview, demographics). Constructing Canada’s synthetic biology future needs to be informed by these areas of expertise.

Furthermore, social critics, humanists and ethicists could have argued that technologies co-evolve with societies and that some public concern may be warranted given the checkered past of chemical industries, technological optimism, economic power differentials, and social oppression. If unchecked in the future, these factors could amount to mishaps and adverse outcomes that biotechnology developers would be hard pressed to ignore. Most would argue that biotechnology, when properly designed and managed, can help to address pressing local and global problems like food security, infectious disease, climate change, and biodiversity protection. Even the widely vilified first-generation of genetically engineered crops has contributed to reductions in chemical pesticides and transitions to safer herbicides. Yet these crops have also led to the overuse of these herbicides and super-resistant weeds, as well as reduced biodiversity around farmlands. No technology is a silver bullet, and societies must constantly be vigilant of its use and abuses. Healthy skepticism of synthetic biology is just that—healthy for society, including for the design of innovation systems. Critics, social scientists, and humanities scholars have a key role to play in that design, as rational skeptics and honest brokers.

The history of GMOs has also been colored with deception, albeit mostly unintentional. GM products snuck into the food supply without labeling (in US and Canada), making consumers feel duped and violated in their quest for healthy food. Not all consumers are against GM foods, but a significant portion will reject them at any cost (according to my and other studies, this is around 20% of U.S. consumers. See e.g. Yue et al. 2014, J of Ag Econ). A larger percentage will accept them contingent on important benefits to them or others in need, such as improved nutrition for the hungry or safer food for their families. But no one likes to be surprised about what is in their food ten or twenty years down the road. That surprise, along with growing movements towards local, sustainable, and natural foods in both the U.S. and Canada has led to a climate of GM rejection, with even major food corporations vowing to avoid them and the appearance of seemingly ubiquitous “no GMOs” food labels. Yet, last week in Toronto, there were few people at the meeting able to decipher, theorize, translate, or contend with the social and economic dynamics of biotechnology.

Canada is not alone in this omission. I’ve been to many meetings in the U.S. and elsewhere where the participants “sing to the choir” about biotechnology’s promise. Although I was impressed by the calls for public engagement at the meeting (which in many cases surpassed U.S. meetings I’ve attended), the mantras of “the public just doesn’t understand science” and “needs to be educated” were the loudest. There was also significant enthusiasm for obfuscation of the methods used to make new biotech products. For example, several brought up the need to do away with the term “synthetic” in synthetic biology, as it has bad connotations. Others argued that the public doesn’t really need to know what kind of method is used for making products—only the benefits should be stressed like calling it “technology for improving health” or “clean technology”. Some proposed the use of different terms—gene editing should be dubbed “new or precision breeding” and synthetic biology, “engineering biology”. According to the participants, the label “GM” should be avoided at all costs, so as not to evoke the negative history of GM foods. Social scientists, healthy skeptics, and humanists were needed to deliver a warning that “Orwellian newspeak” and “luddite education” will only lead to the historical repetition the community seeks to avoid.

Throughout the event, there was dismay that Canada is lagging behind the U.S. and other countries in synthetic biology. The culprits were identified as over-eager regulators, under-resourced venture capital, and brain-drain to greener pastures. These are problems, for sure, but I’d like to propose that if Canada were to take a different path to synthetic biology, some of these obstacles would lessen. Architect and inventor Buckminster Fuller said, “You never change things by fighting the existing reality. To change something, build a new model that makes the existing model obsolete.” Canada could be first to chart a new innovation model. Its synthetic biology community is young, open-minded, collaborative, and inventive. Canada could be a leader in inclusive, socially-responsible approaches to applying synthetic biotechnology to local and global problems–one that listens to the critics, responds to their concerns (this does not necessarily mean stopping innovation), makes values and decisions transparent, considers technology development within social and ecological systems, and consults a diverse range of publics, experts (social scientists, toxicologists, ecologists, humanities scholars) and stakeholders (including mild and medium critics). I’m continually impressed by the Canadian ethos of diversity and inclusion—why should technological research and development be different? Canada has a prime opportunity to lead in the design and execution of responsible innovation for synthetic biology.

Originally published by the Institute for Science, Society, and Policy at the University of Ottawa

First GMO Mosquitoes to Be Released In the Florida Keys | Undark

The EPA approved Oxitec’s mosquitoes for release this spring. Some scientists and locals want to halt the deployment.

Biodesigned, Jan. 21, 2021 | Environmental scientist Todd Kuiken weighs the pros and cons of deploying biotechnology to protect vulnerable ecosystems. Can altering the DNA of species save them from the impacts of human induced climate change, or will it wreak a new form of havoc?”