Gould quoted in C&EN: Building bioethics into the future of life sciences innovation 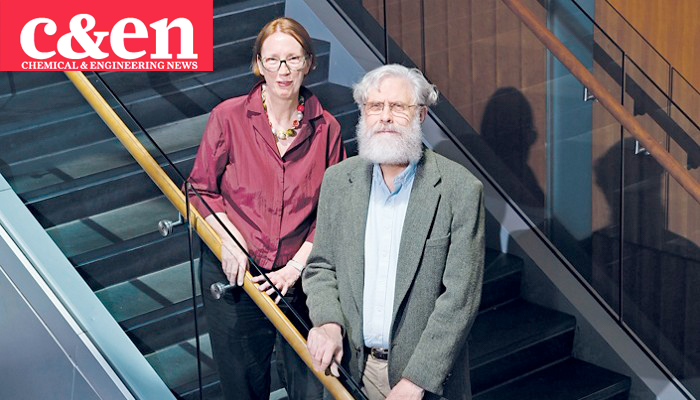 Ethicist Jeantine Lunshof has an office in the laboratory of chemist and genetics professor George Church at Harvard. They agree that scientists are asking the right questions about the ethical implications of their research. Credit: Rick Friedman

BUILDING BIOETHICS INTO THE FUTURE OF LIFE SCIENCES INNOVATION

Gene editing accelerates a détente between the laboratory and social sciences over questions that direct future research. via C&EN

The advent of low-cost, easily accessed gene-editing technology has accelerated a decades-long effort to establish a means of assessing the safety and ethical deployment of scientific innovation. The prospect of clinic-ready tools for altering the human germ line has heightened anxieties in the social sciences and in the laboratory, where scientists are increasingly raising nontechnical questions that can be answered only in collaboration with ethicists, lawyers, regulators, and the public. A détente is emerging between two disciplinary approaches to answering questions: the philosophical and the empirical. It is likely to change how science is done in the future.

Ethicists agree that gene editing has accelerated efforts to establish a balance of voices in bioethics. Fear of designer babies and killer viruses date back to the earliest genomic technologies, “but this is different,” says Dominique Brossard, chair of the department of life sciences communication at the University of Wisconsin, Madison. “We are not just talking about people who feel a technology challenges their value system—people who, by the way, are entitled to talk,” she says. Rather, “people who are involved with the technology and understand the dimensions of the ethics are pointing out the fact that this is going too fast. Scientists are calling the technology into question.”

When those scientists are also innovators, there are obvious possible conflicts of interest, Brossard and others say. “We need to be vigilant in seeing that whoever talks about a scientific advance really states clearly where they are coming from,” Brossard says. “People need to understand where they are coming from and understand their own biases.”

Kevin Esvelt—director of the sculpting evolution group at the MIT Media Lab and an innovator in the use of CRISPR technology in gene drive, a technique that accelerates natural evolution by driving a particular suite of genes throughout a population—says scientists are well equipped to identify possible areas of conflict. He agrees with Brossard that they must state them from the outset.

“Our role is to present what we believe is technically possible, acknowledging its incompleteness,” Esvelt says. “We have guesses on the pros and cons, but they are guesses. We acknowledge that. We also acknowledge that we’re biased.

“Then, society and everyone in it, please help us determine the best course of action,” Esvelt says.

Elizabeth Heitman, a professor in the Program in Ethics in Science & Medicine at the University of Texas Southwestern Medical Center and a co-chair of the National Academies Committee on Gene Drive Research in Non-Human Organisms, concurs with Esvelt. She agrees that scientists are in a good position to identify conflicts of interest in addition to ethical questions about their work. But ethical questions will not be resolved without scientists engaging with a well-informed general public.

“There may be a time that gene drive is suggested for a problem that some people take seriously and others don’t,” Heitman says. “Who is going to be the person or group to make the decision to go forward? It’s likely to be a combination of people suffering with the problem and people with the technology to do the work.”

Scientists who refuse to engage with ethicists and the public will find themselves at a disadvantage. “Just because you are a scientist and have invented something doesn’t mean you have authority over it,” says Fred Gould, an entomologist and co-director of the Genetic Engineering & Society Center at North Carolina State University. He points to the National Academies report’s advocacy of participatory decision-making. Resistance from the science community based on ethicists and the public not fully understanding the science wears thin, he says. “You are a pretty poor scientist if you can’t explain what these things are about to an ethicist,” he says.

Read the full article at C&EN

This presentation focuses on ethical and oversight issues as they relate to the insertion of human cells into nonhuman animals, e.g., “chimeric research.”