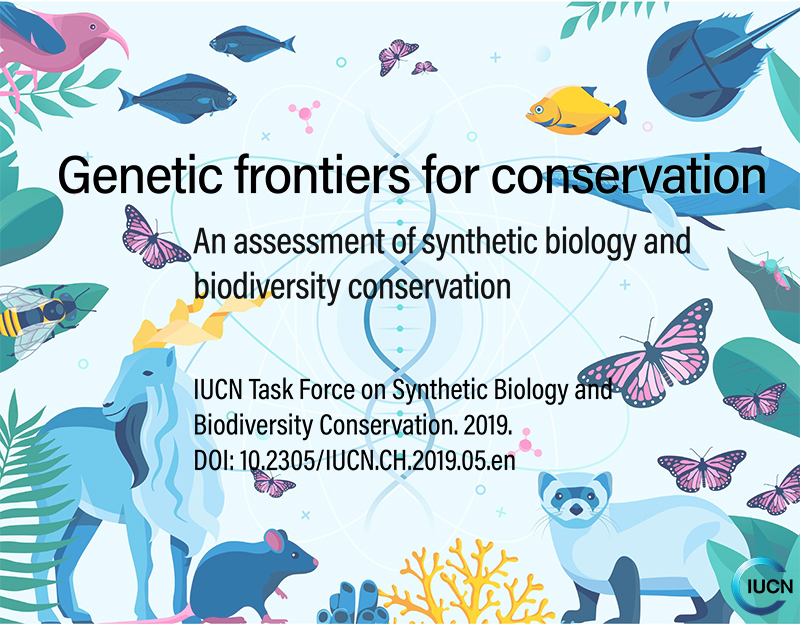 The following affiliates of the Genetic Engineering and Society Center contributed to this report:

Synthetic biology – altering or redesigning genes to meet human objectives – is a fast-developing field with significant potential impacts on nature conservation, according to the Genetic frontiers for conservation assessment report. So far mostly applied in agriculture and medicine, synthetic biology could have substantial knock-on effects on conservation – including modified genes spreading to non-target species and affecting broader ecosystems, but also benefits such as saving threatened species, reduced fertiliser use or diminished demand for products derived from threatened species.

“Humans are increasingly genetically reprogramming nature – whether we like it or not. The global conservation community must contribute to the responsible development of synthetic biology applications,” said IUCN Director General Inger Andersen. “This assessment report provides an important contribution to a balanced, fact-based debate around this important but controversial topic.”

Many of the proposed uses of synthetic biology have not yet been implemented, for example the potential use of engineered gene drive to limit the ability of malaria-spreading mosquitoes to transmit malaria. A gene drive, which can also occur naturally, involves a gene being passed down with a higher probability than the usual 50%, and can be used to spread genes through wild populations. Scientists are still investigating the potential represented by this technology.

Medical synthetic biology applications include engineering microbes to biosynthesise products normally sourced from threatened species, such as a medically valuable molecule found in the blood of horseshoe crabs. The IUCN Red List of Threatened SpeciesTM predicts declines of at least 30% in horseshoe crab populations over the next 40 years as demand for products derived from them grows. The synthetically produced alternative presents an opportunity to conserve these species and the shorebird populations that depend on them.

“As we watch synthetic biology gain momentum, we are seeing the boundary between the natural and the human-made begin to blur,” said Kent Redford, Chair of the IUCN Task Force on Synthetic Biology and lead editor of the report. “Synthetic biology presents significant risks and opportunities for nature conservation. We hope that this report will help ensure that future uses of synthetic biology technologies are based on scientific evidence, broad and inclusive public engagement, and beneficial to both nature and humanity.”

The report’s authors also assessed ways in which synthetic biology can potentially be applied in nature conservation itself – for example, by rewriting genetic code to protect species from disease or climate change or using gene drives to eradicate invasive species from islands. These applications are still under development, with the most developed application being that of transgenic American chestnut trees resistant to an invasive fungus that almost wiped them out, which are potentially ready for field trials.

Some synthetic biology applications, if appropriately designed and targeted, could give conservationists new tools with which to face the speed and scale of species decline, the authors concluded. They recommended that the use of synthetic biology should be informed by case-by-case assessments of associated risks, guided by empirical evidence, and informed by traditional knowledge, religious and ethical values. The authors also called for increased collaboration between conservationists and synthetic biologists in gathering the scientific evidence that will inform the deployment of these methods.

The assessment report was written by the IUCN Task Force on Synthetic Biology and Biodiversity Conservation, in response to a 2016 Resolution adopted by IUCN’s government and non-governmental Members. The report will inform a new IUCN policy on conservation and synthetic biology, which IUCN Members will vote on during the IUCN World Conservation Congress in June 2020. 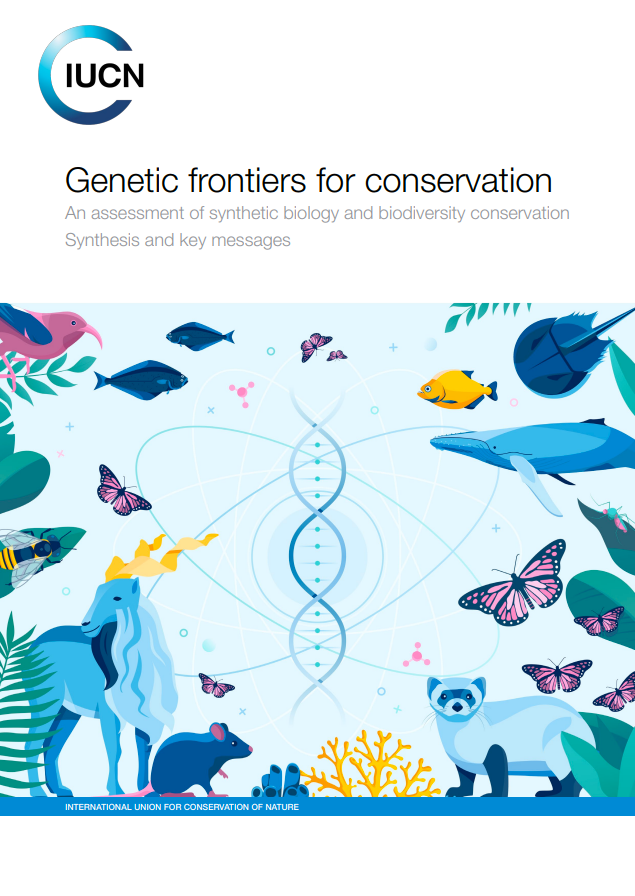 In recent years synthetic biology has emerged as a suite of techniques and technologies that enable humans to read, interpret, modify, design and manufacture DNA in order to rapidly influence the forms and functions of cells and organisms, with the potential to reach whole species and ecosystems. As synthetic biology continues to evolve, new tools emerge, novel applications are proposed, and basic research is applied. This assessment is one part of IUCN’s effort to provide recommendations and guidance regarding the potential positive and negative impacts of synthetic biology on biodiversity conservation; it comprises a full assessment and a short synthesis report.

« Field_Notes: Expanding the Possibilities of Bioart
Biotechnology Oversight Gets an Early Make-Over by Trump’s White House and USDA: Part 1—The Executive Order »