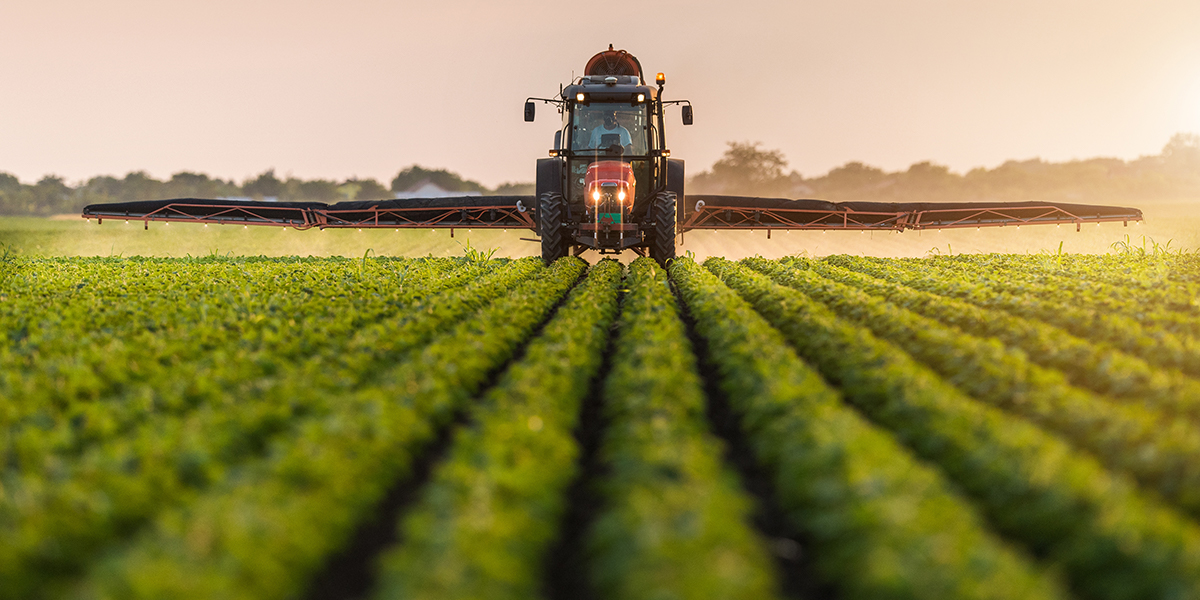 *Note: The opinions expressed in this article are those of the author as an individual faculty member and should not be taken as a reflection of the views of the whole of the Genetic Engineering and Society Center or NC State University.

Last week, the Trump administration set the tone for its oversight of agricultural biotechnology (ag biotech) through two major actions: 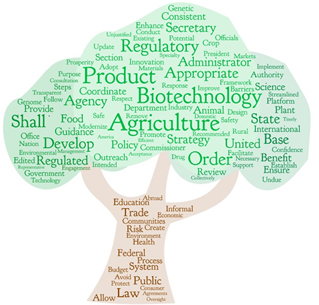 Media reports suggest that both actions will significantly weaken regulations for ag biotech productsi. This will depend on how the policies in the EO are put into practice and how the proposed USDA rule is implemented. Regardless, the signal that both the EO and draft rule send is that changes will generally favor reduced regulatory requirements, implying that we can expect to see an increase in GE plants that are allowed to enter the market without undergoing formal regulation such as permitting processes, environmental assessments under the National Environmental Policy Act (NEPA), or field trials.

Changes to biotech oversight have been proposed in every presidential administration since GE crops first entered the market in the mid-1990s. Traditionally, they are recommended in the last months (or even days) of the administration, leaving insufficient time to see the changes through to final promulgation. When the next administration comes into power, it wants to put its own stamp on biotech regulation, and thus usually withdraws the proposals from the last administration. This cycle has largely preserved the 1986 Coordinated Framework for the Regulation of Biotechnology (CFRB) and USDA’s rules for GE plants through the present. But, last week, Trump’s executive branch departed from this cycle as it proposed significant changes to the GE crop oversight midway through the president’s term, leaving ample time to make a lasting impact.

Although the EO states that agencies should “base regulatory decisions on scientific and technical evidence,” it ignores its own advice.

The June 11th 2019 Executive Order for Modernizing the Regulatory Framework for Agricultural Biotechnologyii (EO) directs the U.S. Agriculture Department (USDA), the Food and Drug Administration (FDA), and the Environmental Protection Agency (EPA)—the three primary agencies with jurisdiction for ag biotech under the CFRB—to review their existing regulations and streamline approval processes. It is a guiding policy document that tasks the federal agencies with finding where their oversight poses “undue barriers,” and calls for education and engagement to promote acceptance among consumers and our trading partners

The EO gives some deference to the Obama administration’s efforts to update the CFRB. It cites the 2016 Strategy for Modernizing the Regulatory System for Biotechnology Products and the 2017 Update to the CFRBiii, published in the last weeks of Obama’s term. The EO also incorporates the recommendation for a unified portal for biotech regulation to help biotech developers navigate jurisdictions of multiple agencies and determine which ones would apply to their products. Given the complexity of the CFRB and its obscure legal basis in applying old laws to new technologies, this is an important development that could enhance agency coordination and clarity for small companies with fewer resources to comply with a convoluted patchwork of regulations. The recommendation for a portal was made by the 2017 National Academy of Science’s report, Preparing for Future Biotechnology Products (which I served on as a committee member), sponsored by the Obama administration. This portal could be an important step for leveling the playing field for small and large companies, and for decreasing regulatory gaps or overlaps through an early division of responsibilities among the federal agencies. Thus, the Trump administration deserves credit for following up on the previous administration’s efforts to improve biotech regulation.

However, last week’s EO foreshadows a distinctive, laissez-faire future for ag biotech oversight, largely through its tone and rhetoric. It portrays regulation as an inhibitor to innovation, villainizes delays to the progress of biotechnology, asks the agencies to identify oversight barriers to biotech innovation, and calls on them to streamline regulations. The EO also presumes that educating consumers will lead to confidence in ag biotech products and mandates that agencies develop programs to “clearly communicate the demonstrated benefits of agricultural biotechnology, the safety record of the regulatory system, and how biotechnology can address agricultural challenges.” It boldly pronounces that “the goal of the [communicate and engagement] strategy shall be to increase international acceptance of products of agricultural biotechnology in order to open and maintain markets for United States agricultural exports abroad.”

These non-regulatory oversight pathways decrease the amount and quality of scientific and technical evidence about the actual risks (and benefits) of specific ag biotech products.

Although the EO states that agencies should “base regulatory decisions on scientific and technical evidence,” it ignores its own advice. For example, most public perception studies find that unidirectional education campaigns do not necessarily lead to increased acceptance of biotech productsiv yet the EO calls for such programs. In doing so, it disregards social science evidence about a key public perception factor, which is trust in government to regulate the technologyv. Instead, it encourages a relaxation of regulatory burdens, decreasing government’s role, and placing more control in the hands of the industries developing the technologies. These industries are not as trusted as government agencies when it comes to biotech development and oversightvi.

Furthermore, fewer regulatory requirements will decrease the scientific evidence available to assess risk. According to the new USDA rulevii which came out just a few days before the EO, it appears as if most products will not be regulated via permits and field trials but rather will undergo a “regulatory status review”—which may trigger regulation, but is not technically a regulatory step. Some will not need to even be presented to USDA for review (developers can self-determine that the GE plant has the same Mode of Action of a previously approved GE plant and trait combination); and many will continue to go through an informal, letter-based inquiry process (which is currently the case for gene-edited and transgenic crops that do not contain plant-pest sequences).

These non-regulatory oversight pathways decrease the amount and quality of scientific and technical evidence about the actual risks (and benefits) of specific ag biotech products. With fewer requirements for field or laboratory safety studies, less evidence will be collected that is specific to the GE crop in question, and technical information will not be subject to peer-review by independent organizations outside of product-developers. This breaks with common scientific protocol, and instead, decisions will be made during the “regulatory status review” based on indirect analogies and assumptions from published literature, which is not necessarily specific to the GE crop-trait-environment combination. The EO, and under it the USDA rule, encourages a process that is less evidence-based.

Moreover, the EO takes the position that regulation is a barrier to innovation. Scholarship on the impacts of regulation shows more complicated relationships, and often regulation promotes innovationviii. Historically, many new technologies have arisen out of desires to circumvent or comply with regulations. In fact, gene-editing technology in plants blossomed in no small part due to efforts of biotechnologists to avoid plant-pest DNA sequences in the design of gene-editing systemsix (as USDA currently regulates according to the presences of such sequences—I will deal with this in a subsequent blog). In addition, regulations often directly create jobs through the need for additional scientists to perform safety studies, risk assessors to estimate the probability of adverse effects, and public sector employees to administer regulations. They also encourage innovation in the regulatory and risk-assessment sciences, such as toxicity testing, ecological field study methods, and whole food safety testing and informatics.

From its tone and language, the EO takes a value-based position that gives primacy to economic growth, innovation, and trade over careful and cautious health and environmental regulation. It therefore violates its own claim that technical and scientific evidence should be the basis for regulation, not values. Admittedly, what happens in practice under the EO may correct for this imbalance. However, this expressed prejudice will do little to inspire societal trust in ag biotech products, and it is not likely to turn consumers away from their higher demands for non-GM foodsx. It may also undercut recent efforts in the ag biotech industry to develop responsible use frameworks for gene editingxi. Although the CFRB has always leaned towards a neoliberal approach to regulationxii, the Trump administration is taking this to the next level. This could be a serious threat to the acceptability and success of gene edited products.

Read: Part 2 – The USDA-APHIS Rule – Will it decrease regulation of biotech crops?