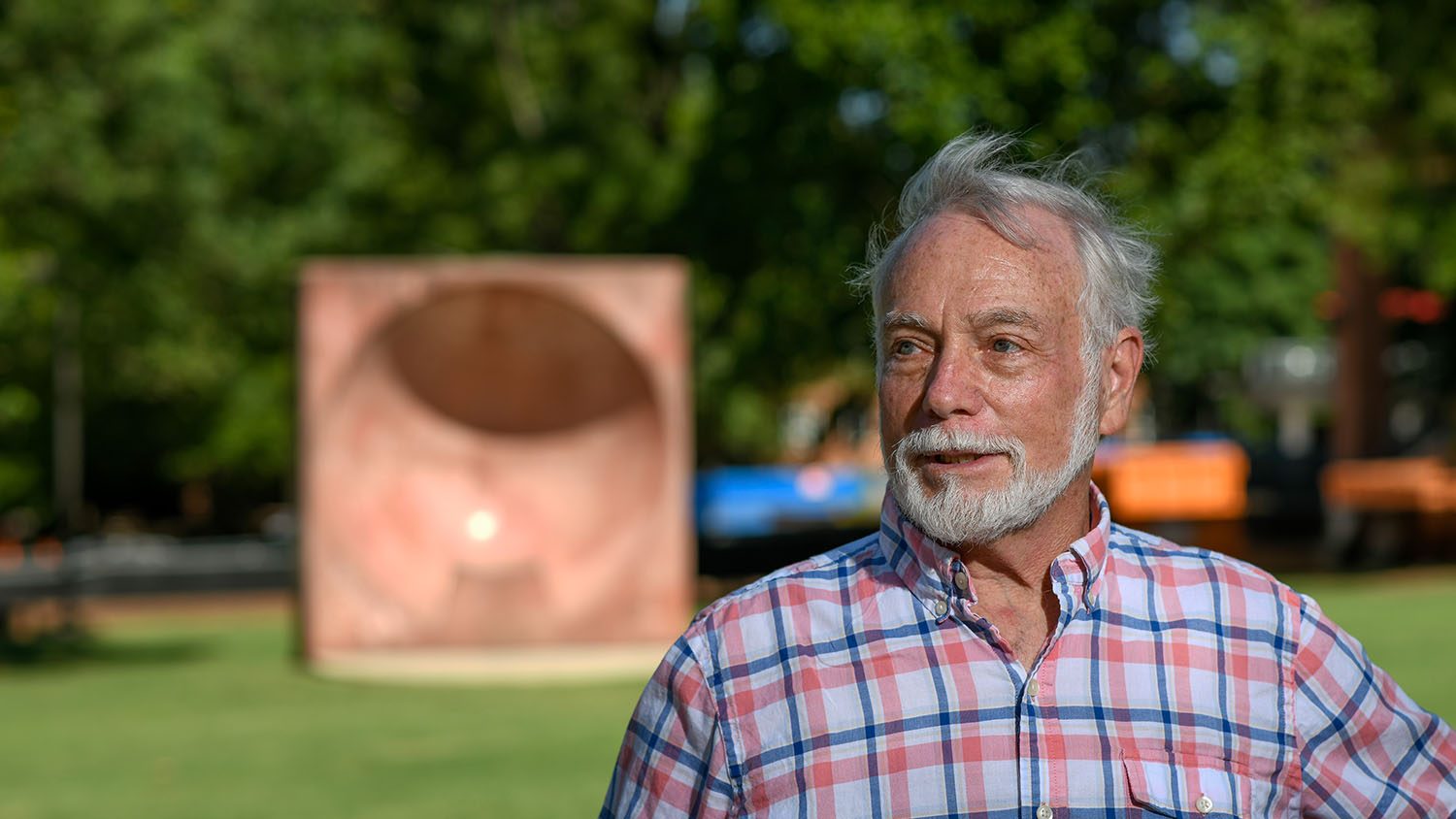 Fred Gould may be well known for his role in helping to create the Genetic Engineering and Society Center as well as leading two groundbreaking interdisciplinary graduate student training programs, but he didn’t start his career integrating knowledge from many different fields to tackle grand challenges.

The William Neal Reynolds University Distinguished Professor in NC State’s Department of Entomology and Plant Pathology and co-director of the GES Center did his doctoral research at State University of New York at Stony Brook in the Department of Ecology and Evolutionary Biology.

Gould didn’t exactly start on a well-trodden path, by doing applied research in a program where basic research was the pinnacle, he said.

In his thesis, he studied the evolutionary arms race between plants and the insects that feed on them. In part, he tested whether there was a connection between insect adaptations for feeding on plants that contain toxins, such as the flavorful chemicals in herbs and nicotine in tobacco, and the development of insecticide resistance.

After his doctorate, Gould came to NC State where he found himself the “theory guy” compared to the more applied researchers in his department.

When transgenic — or genetically modified — plants started to be tested in the field, scientists, including Gould, were concerned that these plants would only speed up the evolutionary arms race.

One key issue was the plants included an always-present toxin to protect against caterpillars. Gould, and some graduate students, took a mathematical approach and modeled different ways to include toxins that might slow down how fast caterpillars would become resistant to them, such as genetically instructing plants to only make the toxin at certain times. At the same time, faculty members with Extension appointments were doing field tests working on the same question.

“We had both the empirical side — with great research/Extension faculty members who work with farmers — and the theoretical side in my lab,” Gould said. “It wasn’t quite interdisciplinary — as it was basically in one department — but it was people using different skills to tackle a problem.” 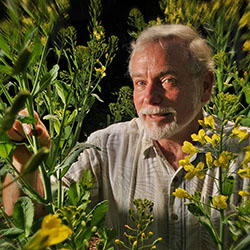 Fred Gould in his garden.

Eventually, the U.S. Department of Agriculture and the Environmental Protection Agency decided to require one of the strategies they suggested, he added.

The next challenge he took an interdisciplinary approach to was genetically engineered insects.

At first the question was how can researchers develop genetically engineered insects — for example, mosquitoes that can’t transmit malaria — in a way that the public doesn’t react negatively as they did to genetically modified plants, he said. Then after walking across campus to involve social scientists and humanities faculty members in the challenge, he discovered that the genetic engineers were asking the wrong questions.

“The question we should be asking is ‘how do you interact with consumers and the other stakeholders to decide on what to genetically engineer?’” Gould said. “And ‘what does it mean to do responsible innovation?’”

He still asks these questions.

This cross-college work ultimately led Gould and his new colleagues to apply to the National Science Foundation for funding for an interdisciplinary graduate student training program. He led one program on transgenic pests from 2011 to 2018 and a second program, called Agricultural Biotechnology in Our Evolving Food, Energy and Water Systems, or AgBioFEWS, that accepted its first group of students earlier this year.

“The graduate students tie the GES Center together,” Gould said. “By including faculty members from different disciplines on their thesis committees, the students bridge the different departments and colleges. This forces the faculty members to stretch beyond their own academic limits. A number of faculty members have said this is intellectually exciting for them.”

The students bridge the different departments and colleges. This forces the faculty members to stretch beyond their own academic limits.

Initially, some faculty members in departments across campus expressed reluctance about students in the program having less time for their research or not being available to assist in teaching introductory courses, he said. Eventually those faculty members were swayed and saw the value in being able to attract these talented students.

Through the first program, they brought in graduate students ranging from public administration to molecular genetics. The students went on three-week trips to international locations plagued by pests — from mice to mosquitoes — and took part in weekly seminars on a broad range of genetic engineering topics. Some of the students from the program got tenure-track positions directly after their doctorate, without having to do postdoctoral research, which is rare, he added.

Of course, that was not the only hurdle Gould faced on his path to interdisciplinarity. Another, more fundamental challenge was overcoming his own defensiveness.

“The hard part is accepting that there’s different ways of knowing things,” he said. “I found myself getting angry when I had to admit that something that I believed strongly about the world wasn’t necessarily correct.”

For example, sometimes rapid progress — which seemed like the obvious goal to him — could be harmful, and inefficiency could be helpful. Inefficiency slows things down. This may provide the time to find a more thoughtful and sustainable path. It all depends on your goal, he added.

I hope that the North Carolina Plant Sciences Initiative will continue to foster interdisciplinary research and bring all of the right people to the table to do what is best for North Carolina agriculture.

Gould said his biggest challenge was giving up on the notion that good science is always objective, and to accept the long line of evidence demonstrating that scientific questions, inquiry and findings are typically affected by a society’s culture and the world views of the researcher. For example, in the 1940’s social Darwinism was an accepted research paradigm in the U.S. At the same time, the study of evolution based on Mendelian genetics was outlawed in the Soviet Union.

Of course, challenges are not unique to Gould’s career trajectory. They are more systemic.

Writing about science for the public is fun, and hard, and requires some skills you may not regularly use as a scientist.

« Margaret Atwood and the Biotechnology of Tomorrow
Lessons Learned for Risk Governance of Synthetic Biology, Nanomaterials, and Other Emerging Technologies in a Post-2020 World »