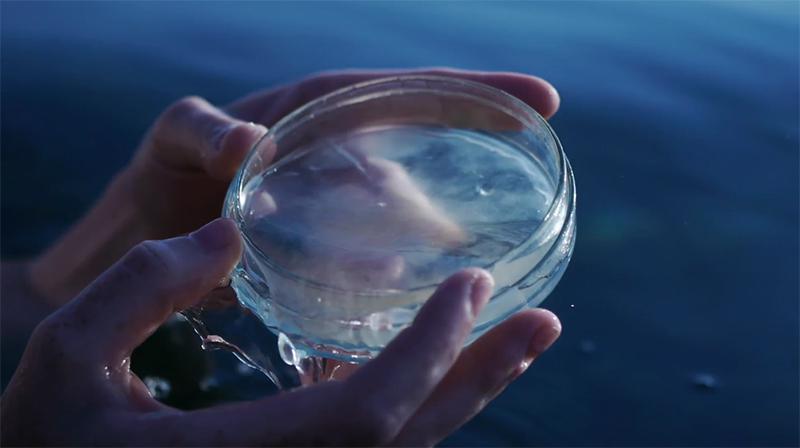 Men were barred from the Thesmophoria, a massive celebration of Demeter and Persephone. Jarvis revives the festival in the creative process of making female semen. Credit: Charlotte Jarvis

This story originally appeared in WUNC’s The State of Things, by GRANT HOLUB-MOORMAN and ANITA RAO | January 10, 2020

Semen is a potent substance, both literally and symbolically. It was described by Chinese proverb as “equal to ten drops of blood”; by Sumerians as “a divine substance,” given to humanity by the god of water; and by Aristotle as “the most perfect component of our food.”

The internet is filled with less-than-mystical portrayals of semen being used to exert power, typically as a tool for men to dominate women. Charlotte Jarvis wants to steal that weapon away from the patriarchy and avail it to the masses.

Gender is pretty much the first way that we define somebody. It’s the first thing you ask about a baby: Is it a boy or is it a girl? And I think, increasingly, that definition is being tested. 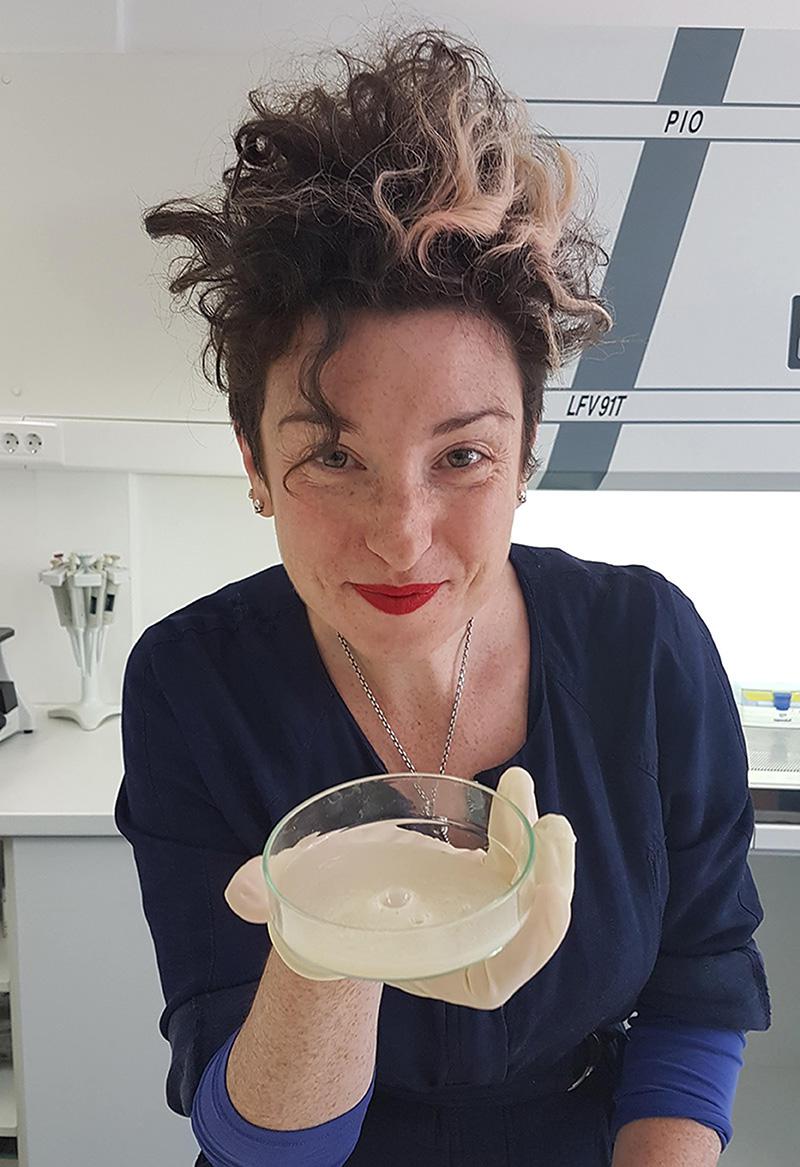 Charlotte Jarvis holding a sample of seminal fluid made from the plasma of women. CREDIT COURTESY OF CHARLOTTE JARVIS

She is attempting to engineer female semen as part of a long-term collaboration with research scientist Susana Chuva de Sousa Lopes at the Leiden University Medical Center in the Netherlands and the Kapelica Gallery in Slovenia. As Chuva de Sousa Lopes massages Jarvis’ stem cells into functioning spermatozoa, Jarvis addresses the totemic qualities of semen through a revival of the Thesmophoria, a no-men-allowed ancient Greek festival.

Host Anita Rao discusses the ethics of disrupting gender with Jarvis, an artist and lecturer at the Royal College of Art and Goldsmiths, University of London.

Every time in our project where we fail, every time where there is a barrier, you have just learned one of the things that you need to make sperm in the wild.

Artifacts from the project “In Posse” are on display until Sunday, March 15 at the Gregg Museum of Art & Design at North Carolina State University in Raleigh as part of the exhibit “Art’s Work in The Age of Biotechnology: Shaping Our Genetic Futures.”

GES Center Video Archives You may search and filter the Video Archive below. Our most recent videos, including GES Colloquium, can be found on Panopto here. Note: For mobile devices, please scroll down to view…

« Art the Science Blog: WORKS – Art’s Work in the Age of Biotechnology
Indy Week: At the Crossroads of Art and Biotech, a Warning: Be Careful What You Wish For »