Office of Research and Innovation Honors Three with Award for Excellence 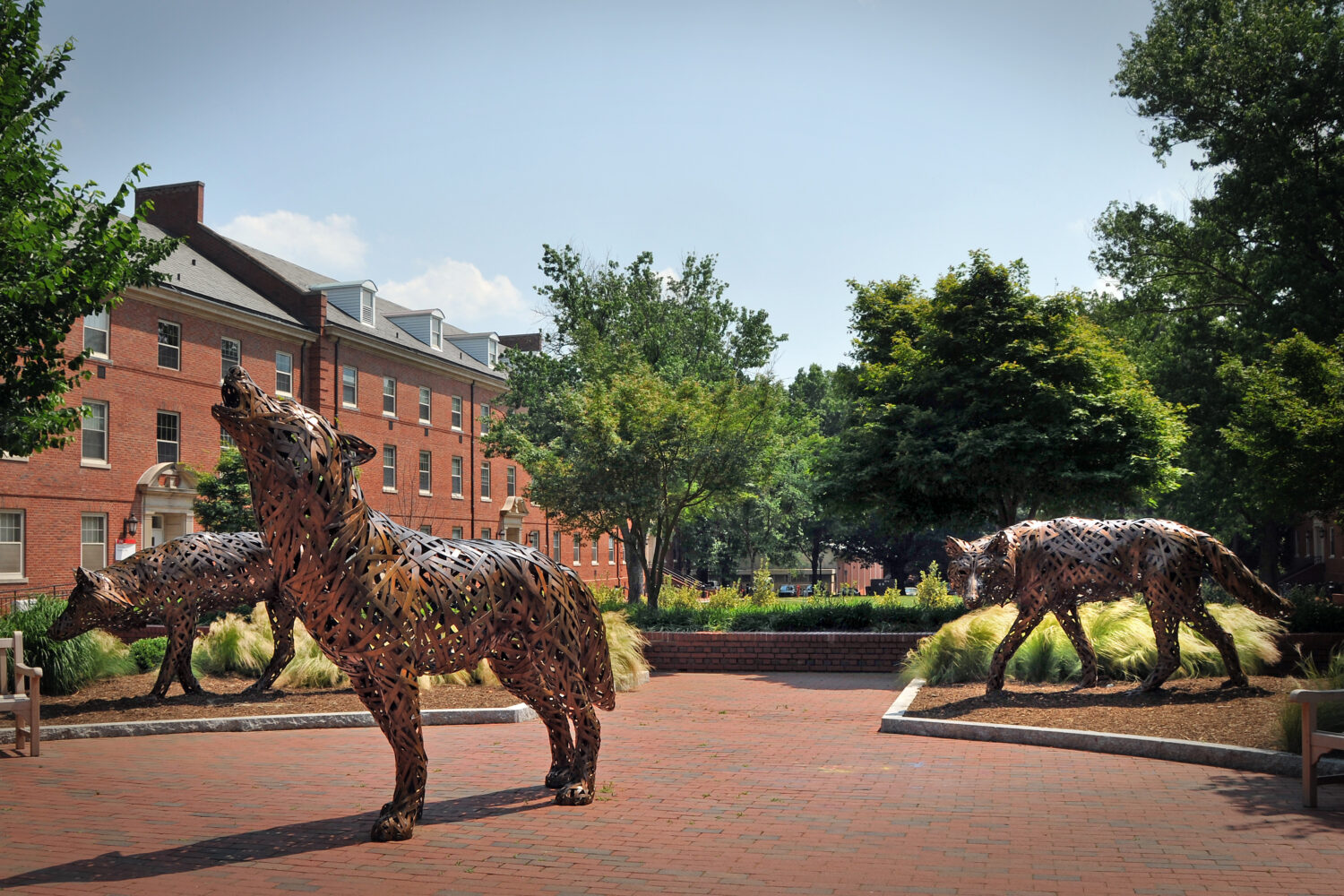 “Selecting the winners from our 12 deserving nominees was no easy task,” says Mladen Vouk, vice chancellor for research and innovation. “Congratulations to Patti, Daniel and Nicholas, as well as all our hardworking nominees — who go above and beyond each and every day.”

Each year, the Office of Research and Innovation, along with other units across campus, nominates a select number of deserving employees for the Award for Excellence. Employees can be nominated in one or more of six categories: Customer Service, Efficiency and Innovation, Heroism, Human Relations, Outstanding State Government Service, Public Service, and the Spirit of North Carolina. The unit-level winners are also automatically nominated for the NC State University Award for Excellence — the highest honor bestowed upon nonfaculty employees.

Patti Mulligan, director of communications for the Genetic Engineering and Society Center, was nominated in the Efficiency and Innovation category.

“In her three years with GES, Patti has never stopped getting things done,” GES Co-Directors Fred Gould and Jennifer Kuzma said in their nomination letter. “Her hallmarks are excellence, creativity and speed.”

Shortly after starting her role, Mulligan helped GES secure a $3 million grant from the National Science Foundation to fund an interdisciplinary graduate-student training program. Mulligan developed graphics that “made the proposal come to life.” And after the funding came in, Mulligan developed a user-friendly web-based matrix that was instrumental in helping select diverse, qualified candidates. 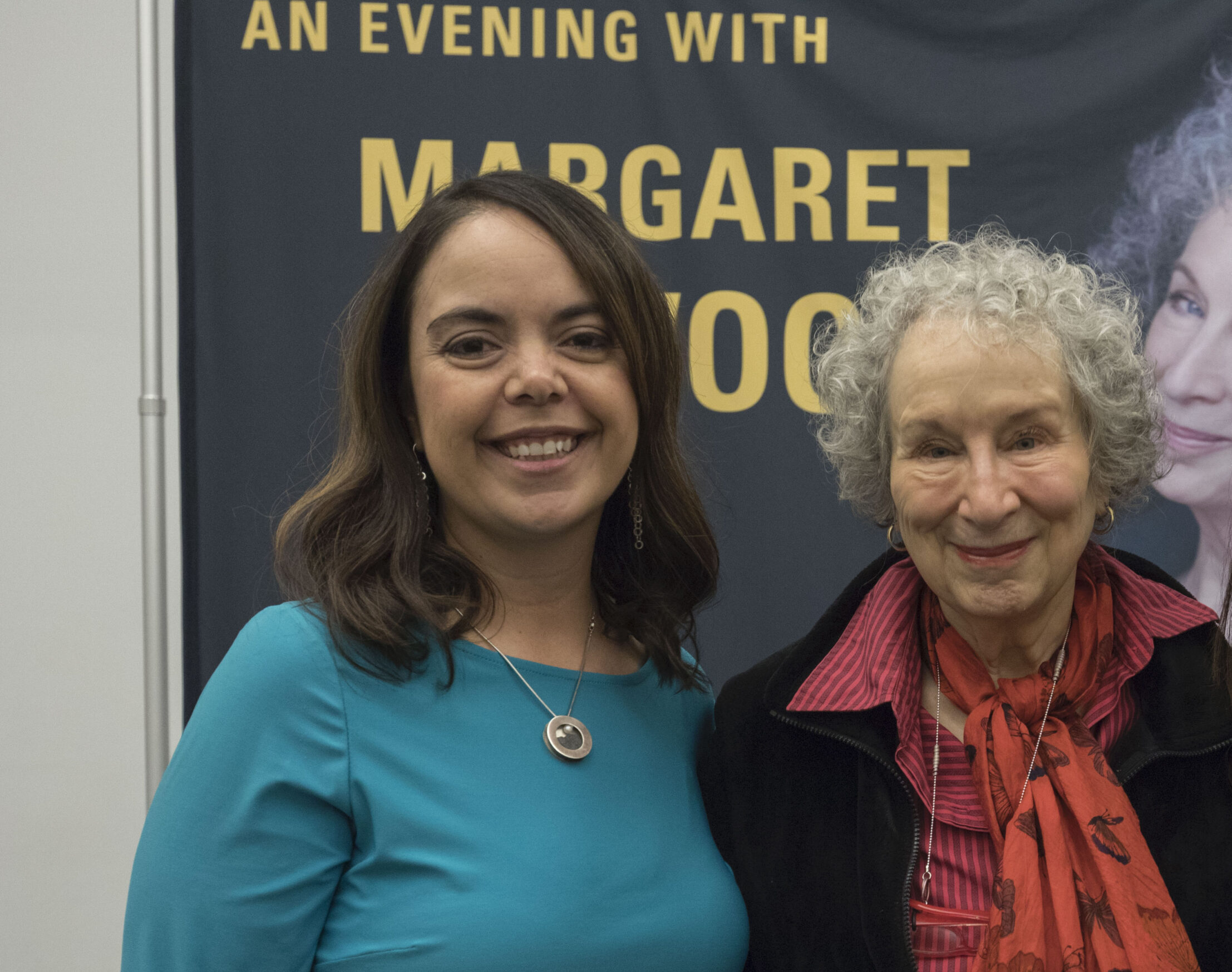 More recently, Gould and Kuzma credit Mulligan with the success of “An Evening with Margaret Atwood” — an event, open to the public, that brought a “master of speculative fiction” to NC State’s campus to deepen its audience’s understanding of genetic engineering’s potential impacts. From crafting the letter to Atwood and her booking agent to implementing an ad campaign that sold out tickets to the event in less than a day — more than covering the speaking fees — Mulligan was efficient and innovative at every step of the way.

“Patti just adds that extra touch to just about everything that the Center does,” Gould and Kuzma said. 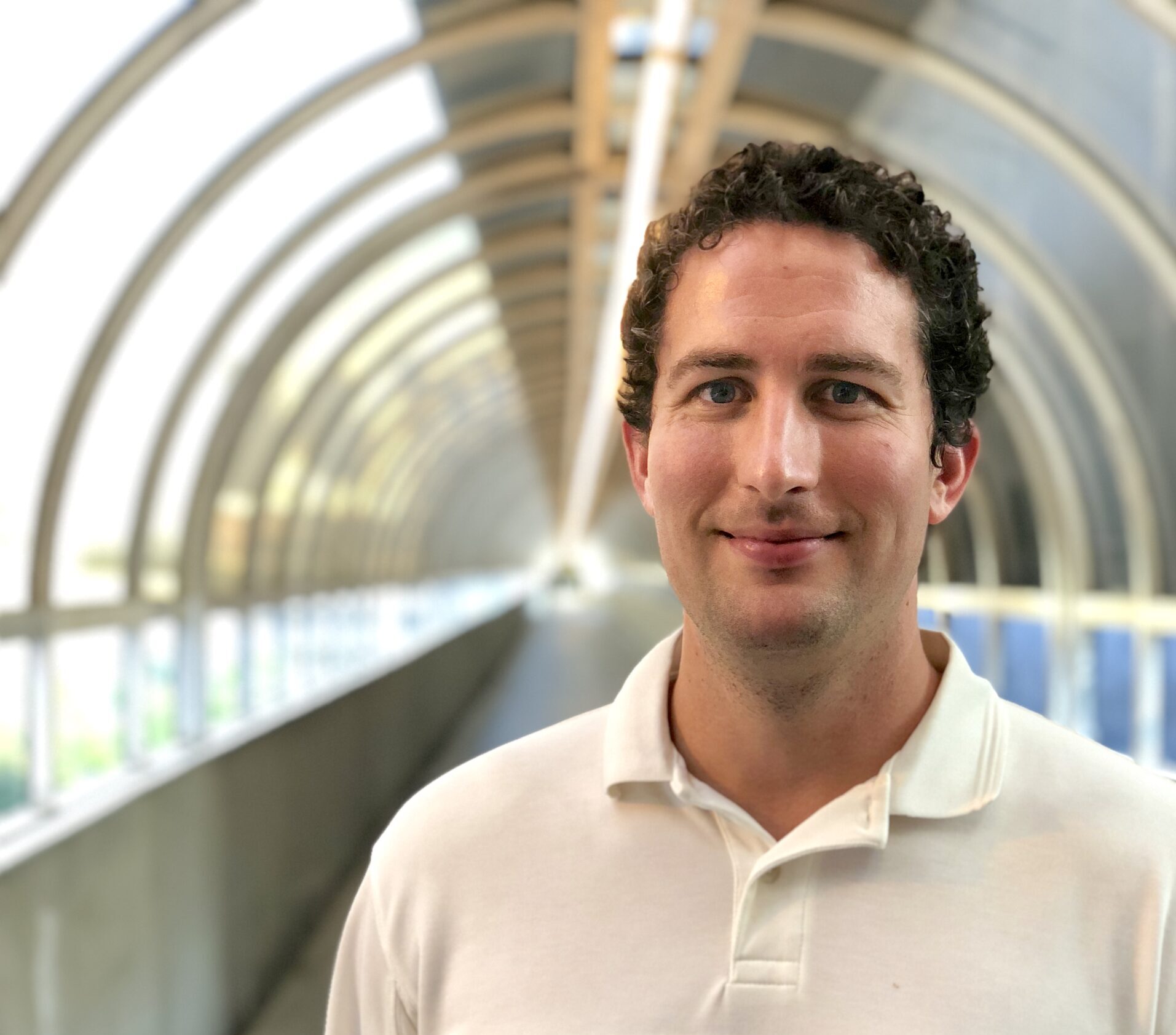 Daniel Findley, a senior research associate at the Institute for Transportation Research and Education and professor in the Department of Civil, Construction and Environmental Engineering, was nominated in the Spirit of North Carolina category. A North Carolina native and NC State alumnus, Findley has served ITRE in various capacities since 2004.

“Dr. Findley is a role model for our research institute and the state of North Carolina,” said Steve Bert, team lead of ITRE’s Economic & Policy Assessment Group, in his nomination letter.

Bert said that last year, Findley helped ITRE overcome a significant cut in one of their client’s budgets — getting them through the resulting difficult transition by securing research partnerships with the National Academy of Sciences and other new local and state sponsors. 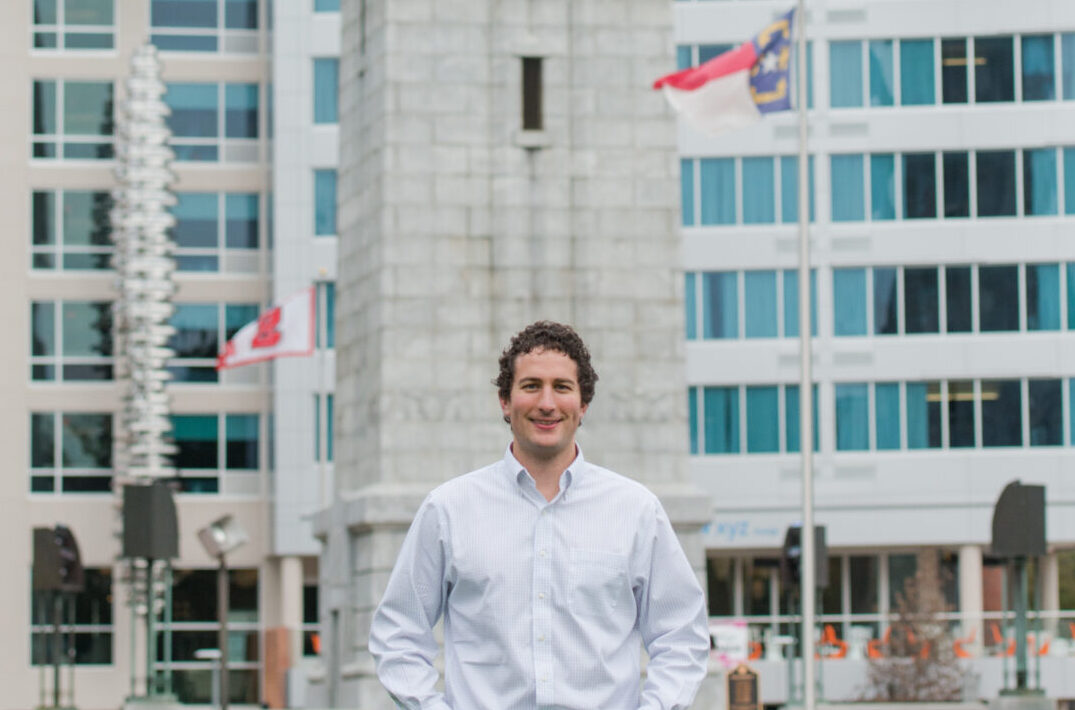 And as so many NC State University employees so often do, Findley regularly goes above and beyond the basic duties his job requires. Just one example is his recent successful launch of a monthly newsletter designed to increase engagement with ITRE’s stakeholders, clients and prospective sponsors.

“To know Daniel is to step into a world of possibility,” Bert says. “He never gives up or even gives the impression that he understands how.” 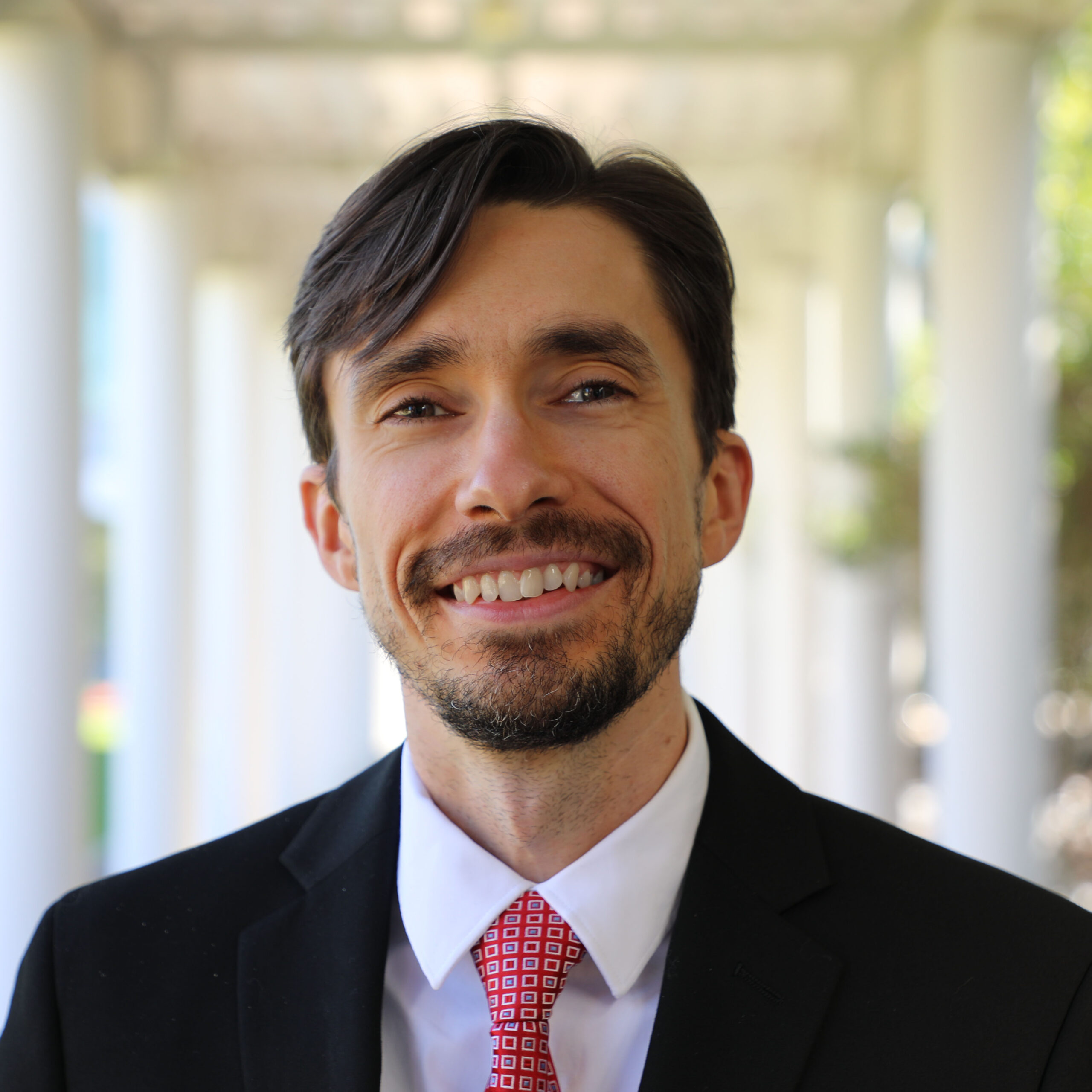 Nicholas Leblanc, the Office of Research Commercialization’s licensing maintenance and compliance manager, was nominated in the Efficiency and Innovation category.

“Nicholas is truly an exemplary employee and a huge asset to the university and our ORC office,” Patent Administrator Jodi Falk said.

In addition to his role in helping ensure NC State’s compliance with the many regulations surround federally funded research, Leblanc is responsible for managing the data integrity of all invention disclosures, licensing agreements and patents, and serving as the administrator ORC’s internal database.

This data also ultimately helps ORC communicate the impact of research commercialization — which is part of what differentiates NC State both locally and nationally.

Leblanc has not only vastly improved all of the processes of his role as database administrator, he’s also created training documentation to help ensure these improvements will last in the long term. And though these training resources are online, “he is also always willing to carve out time in his day to help you in the database when you have a question” Parker said.

What’s more, over the course of more than a year, Leblanc helped lead the implementation of a new database system — from compiling requirements to investigating vendors — which ORC launched this spring.

“Nicholas’ drive to improve the office’s systems and processes, coupled with a customer-firstmindset, has been a critical factor in the growth of our office and the rise of ORC’s reputation on campus and across the country among other technology transfer offices,” Parker said. “I honestly don’t know what we’d do without him.”

« Returning to Farming’s Roots in the Battle Against the ‘Billion-Dollar Beetle’ | Agricultural and Resource Economics
Responsible Innovation in Biotechnology: Stakeholder attitudes and implications for research policy | Elementa »