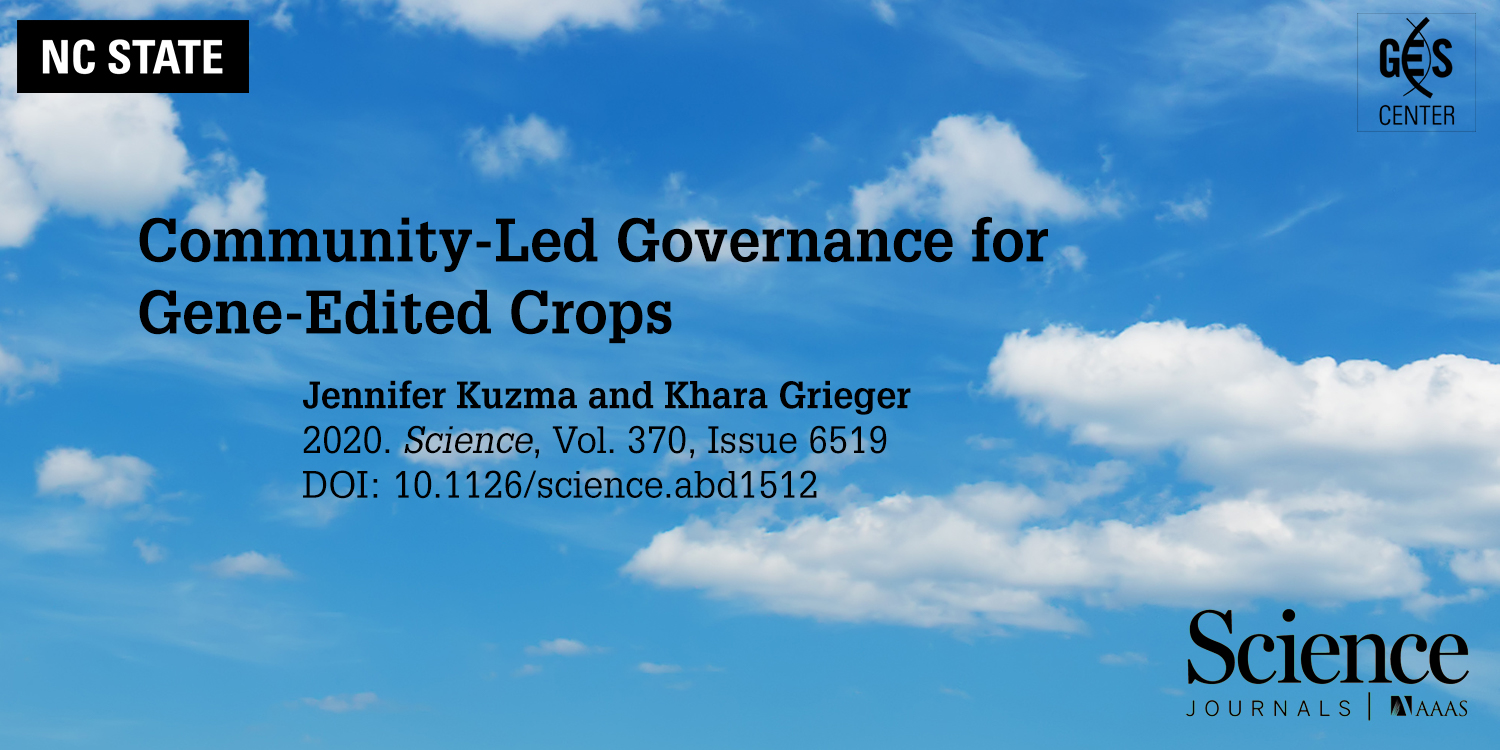 Researchers at North Carolina State University call for a coalition of biotech industry, government and non-government organizations, trade organizations, and academic experts to work together to provide basic information about gene-edited crops to lift the veil on how plants or plant products are modified and provide greater transparency on the presence and use of gene editing in food supplies.

At issue is a May 2020 U.S. Dept. of Agriculture rule called SECURE (sustainable, ecological, consistent, uniform, responsible, efficient) that governs genetically engineered organisms. The rule is expected to exempt most genetically modified plants to pre-market field testing and data-based risk assessment. In fact, the USDA estimates that 99% of biotech crops would receive this exemption.

NC State researchers Jennifer Kuzma and Khara Grieger, in a policy forum paper published in the journal Science, say that SECURE, though decades in the making, falls short in providing enough public information about gene-edited crops in the food supply. Given consumer interest in GM foods and labeling information, the lack of public information on gene-edited crops could decrease trust and confidence as they begin to enter the marketplace and become more commonplace.

“It’s pretty clear that consumers want to know which products are genetically modified and which are not, and we suspect that these desires will not be different for gene-edited crops,” said Kuzma, the Goodnight-NC GSK Foundation Distinguished Professor in the Social Sciences and co-director of the Genetic Engineering and Society Center at NC State. “Crop developers, including companies, have signaled that they want to do better with gene editing to improve public trust. We present a model for them to improve transparency and obtain certification based on providing information about their gene-edited and other GM crops in a public repository.”

To provide more transparency, the NC State researchers recommend the creation of CLEAR-GOV, or a “Community-Led and Responsive Governance” coalition, that would provide access to basic information on biotech crops in accessible language. That would include the species and variety of plant, type of trait modified, improved quality provided by the trait modification, general areas where the crop is grown, and downstream uses of the crop. CLEAR-GOV would be operated through a non-profit organization staffed by experts from a variety of academic fields. 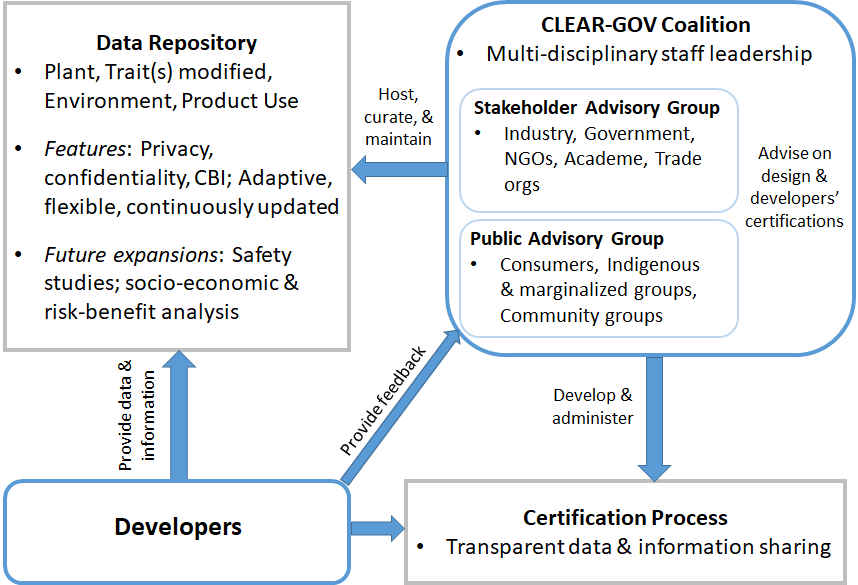 “If leadership at a non-profit, independent research organization decided that this is something that they are passionate about, they could see a market value in housing this coalition and hosting this depository,” said Grieger, a paper co-author and assistant professor and extension specialist in NC State’s Department of Applied Ecology.

Kuzma adds that CLEAR-GOV would fill an important gap for consumers and other stakeholder groups who want to know more about gene-edited products in the marketplace.

“Because many gene-edited crops would be exempt under SECURE and new GM food-labeling rules may also not apply to them, there needs to be some information repository for companies that want to do the right thing and be more transparent,” Kuzma said. “Our recommendations would provide a mechanism for that.”

New government regulations for biotechnology will create gaps in oversight of gene-edited crops and the provision of information to consumers. With this lack of transparency, gene-edited crop developers may be reconstituting the same conditions that led to public rejection and mistrust of the 1st generation of GM foods. Based on our decades of experience and the literature on risk governance and GM crops, we propose a “Community-Led Responsible Governance” (CLEAR-GOV) coalition and certification process for biotech crops based on information-sharing about the host plants, traits, environment, and current and anticipated market uses of gene-edited and other GM crops. CLEAR-GOV would be led by an independent non-profit coalition, a stakeholder advisory group, and a public advisory group that is diverse in representation of viewpoints and interests. Commitment to CLEAR-GOV will enable the agricultural biotechnology community to earn greater public trust through the open, inclusive, and transparent monitoring of biotech crop use.