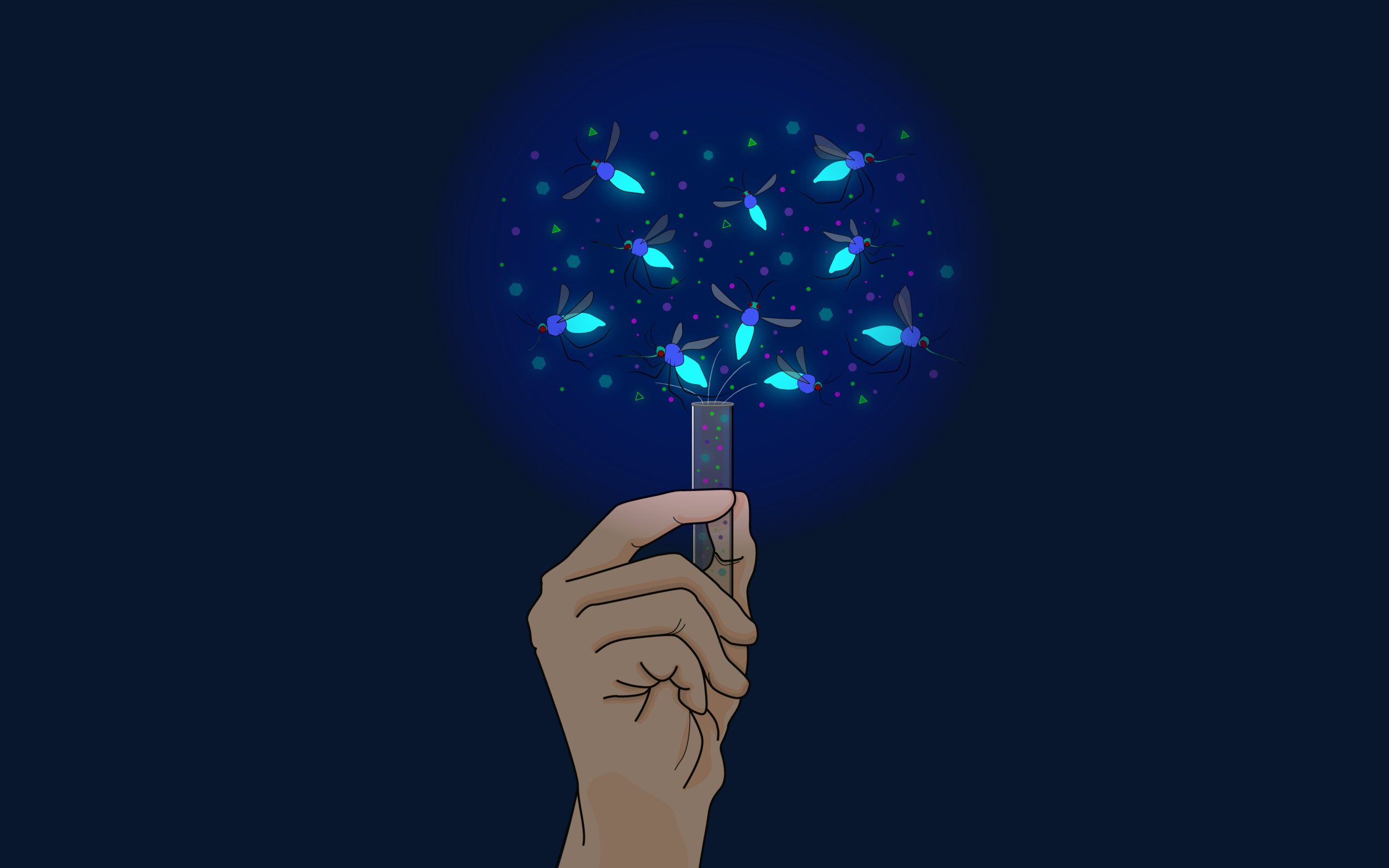 As genetically engineered organisms ramp up, a multidisciplinary coalition offers a framework for ethical, socially engaged and transparent field practices

Gene drive organisms (GDOs), developed with select traits that are genetically engineered to spread through a population, have the power to dramatically alter the way society develops solutions to a range of daunting health and environmental challenges, from controlling dengue fever and malaria to protecting crops against plant pests.

But before these gene drive organisms move from the laboratory to testing in the field, scientists are proposing a course for responsible testing of this powerful technology. These issues are addressed in a new Policy Forum article on biotechnology governance, “Core commitments for field trials of gene drive organisms,” published Dec. 18, 2020 in Science by more than 40 researchers, including GES Center Co-Directors Jennifer Kuzma and Fred Gould and GES Executive Committee member Jason Delborne, as well as several other GES-affiliated faculty and scholars.

“The research has progressed so rapidly with gene drive that we are now at a point when we really need to take a step back and think about the application of it and how it will impact humanity,” said Akbari, the senior author of the article and an associate professor in the UC San Diego Division of Biological Sciences. “The new commitments that address field trials are to ensure that the trials are safely implemented, transparent, publicly accountable and scientifically, politically and socially robust.”

A multidisciplinary group of gene drive organism developers, ecologists and conservation biologists joined experts in social science, ethics and policy to outline several commitments that they deem “critical for responsible conduct of a field trial and to ensure that these technologies, if they are introduced, serve the public interest.” Twelve core commitments were developed under the following broad categories: fair partnership and transparency; product efficacy and safety; regulatory evaluation and risk/benefit assessment; and monitoring and mitigation.

“Our intent is to contribute to public policy decisions on whether and how to proceed with GDOs, based on evaluations conducted in fair and effective partnerships with relevant authorities and other stakeholders,” the authors write in the article. A signatory page for those supporting this effort will be available here.

“This will be an influential piece for the field given the number and diversity of co-authors and will help set a course toward open and transparent research,” said article co-author Cinnamon Bloss, an associate professor at UC San Diego’s Herbert Wertheim School of Public Health and Human Longevity Science. In a recently funded R01 grant from the National Institutes of Health, Bloss will lead a team of researchers at UC San Diego in a project that will help ensure these core commitments are woven into community and stakeholder engagement work all the way from early proof of concept to field trials and deployment.

“As the authors point out, more needs to be done,” Bloss said. “In particular, my co-authors and I represent a largely North American viewpoint, and thus, stakeholders in other countries that might be more likely to serve as trial sites need to be brought into this conversation.”

Article co-author Robert Friedman, vice president for policy and university relations at the J. Craig Venter Institute, said a defining factor behind the effort was to merge disparate GDO viewpoints into a cohesive voice.

“The diversity of perspectives, background and engagement on the issue is really very impressive,” said Friedman. “This paper includes a multidisciplinary group of developers, ecologists, ethicists and policy experts, and thus includes a broader set of commitments than might have otherwise been developed. This is, of course, appropriate and necessary for the significant next step, moving from the laboratory to a confined field trial.”

“I believe the process of working together over the past few months itself has been valuable and hope that this effort to define our shared commitments will lead to even more cross-disciplinary collaboration in the gene drive field,” said first-author Kanya Long, assistant adjunct professor at UC San Diego’s Herbert Wertheim School of Public Health and Human Longevity Science.

What exactly is a gene drive?

Relatedly, on Dec. 8, Akbari and several co-authors published an opinion article in the Proceedings of the National Academy of Sciences (PNAS) on the need to standardize the core definition of gene drive and related terms.

Surprising to those outside of science, the accelerated rise of gene drive technologies in recent years has emerged without a broadly accepted set of definitions. Without common agreement on gene drive-related terms, confusion and disagreement can emerge as gene drive policies and regulations are being developed. For example, the authors note, “gene drive” has been used both to describe a process (the biological activity of gene drive spreading in a population) and to describe an object (the development of a “gene drive” engineering tool).

“There are multiple flavors of gene drives so it’s really hard for a non-specialist to understand what we are talking about,” said Akbari, who joined with world gene drive leaders Luke Alphey (PirBright) and Andrea Crisanti (Imperial College London), alongside Filippo (Fil) Randazzo (Leverage Science), to develop the definitions. “The point of the PNAS article was to bring leading experts together to define gene drive to provide a consistent and common language that can be used for communication.”

Working through the Foundation for the National Institutes of Health (FNIH), Akbari noted that individuals and organizations that agree with the new standard of definitions are becoming signatories in support of these definitions.

The PNAS paper was supported by the GeneConvene Global Collaborative at the Foundation for the National Institutes of Health. 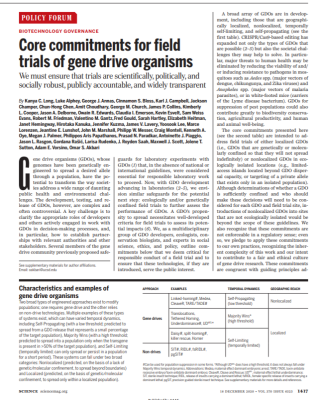