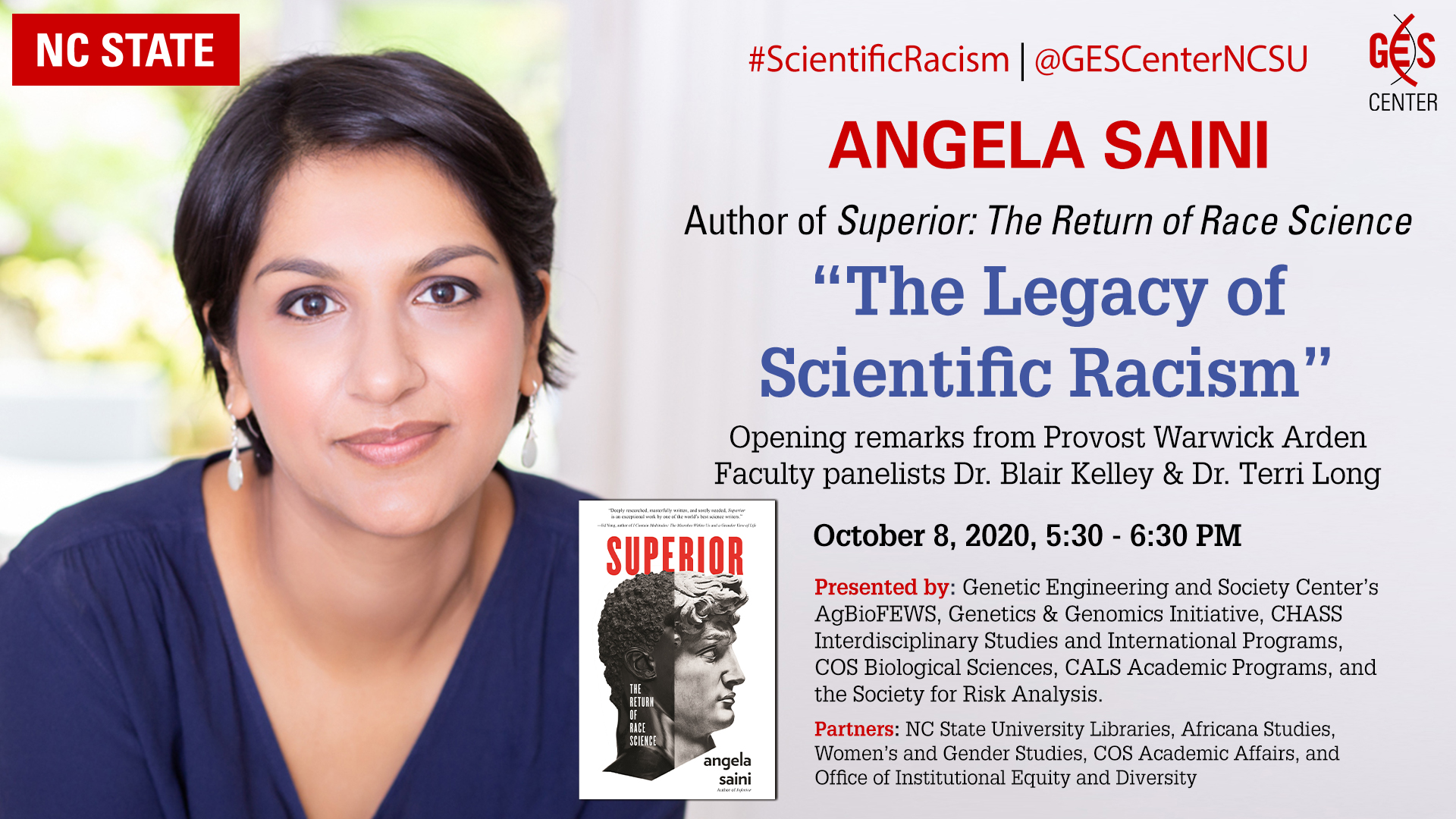 The Legacy of Scientific Racism

If Zoom is FULL, head over to YouTube to watch the live stream. The webinar recording will be posted to go.ncsu.edu/ges-mediasite and will require login with NCSU Unity ID (available for 30 days).

Racial categories feel tangible, but as we know from genetics, they are no more rooted in biology than they were hundreds of years ago when they were arbitrarily invented by European scientists who were affected by the politics of their time. Yet scientific myths about human difference live on today in disturbing ways. As ethnic nationalism rises around the world, race science is experiencing a revival on the far-right, fuelled by the abuse of data and facts by politically-motivated groups. Even well-intentioned scientists, through their lazy use of old-fashioned categories, inappropriately imply that race has some innate basis.

Angela Saini is an independent British science journalist and author. She presents radio and television programmes on the BBC and her writing has appeared in The Sunday Times, Nature, New Scientist, National Geographic and Wired. She has won a number of national and international journalism awards.

Her two-part documentary series for BBC Four about the history and science of eugenics aired in autumn 2019, and was a pick of the day in a number of national newspapers. Her latest book, Superior: The Return of Race Science, was published in 2019 to widespread critical acclaim, was named a book of the year by the Financial Times, Guardian, The Telegraph, and Sunday Times and won the Transmission Prize. Her previous book, Inferior: How Science Got Women Wrong, was published in 2017 and she is currently working on her fourth book, to be published in early 2023.

Quail Ridge Books is offering a 15% discount on Superior.