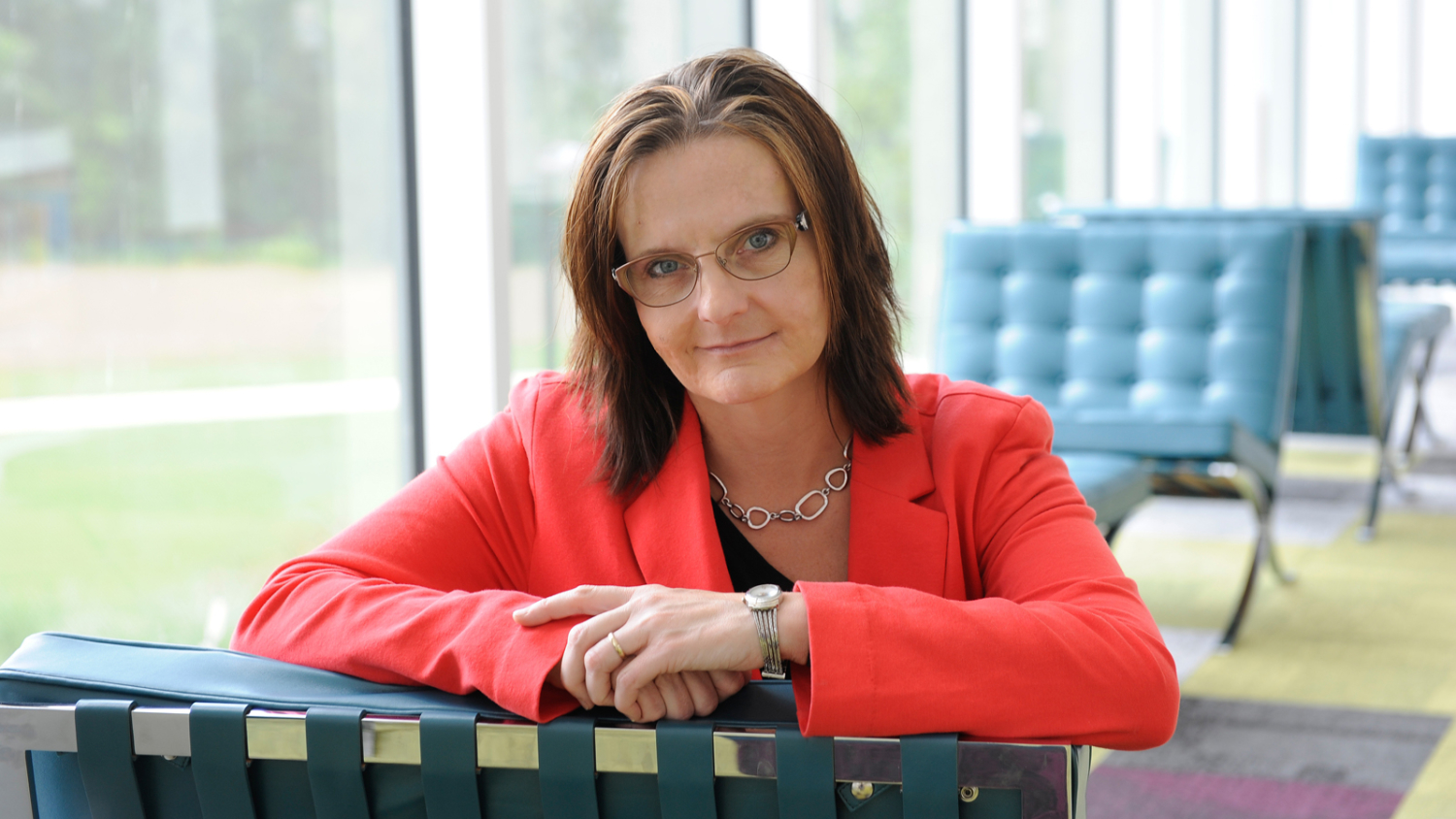 Note: Colloquium will be held via Zoom until the university resumes normal operations. Click Register/Join button at the bottom of this page for Zoom link. See Virtual Colloquium: Zoom Instructions for Zoom information.

Jennifer Kuzma, PhD is the Goodnight-NCGSK Foundation Distinguished Professor in the Social Sciences and co-founder and co-director of the Genetic Engineering and Society (GES) Center, at NC State University where she’s been since 2013. Prior to this, she was associate professor of science and technology policy at the Humphrey School of Public Affairs, University of Minnesota (2003-2013) where she served as chair of the Science, Technology, and Environmental Policy Area and co-lead several interdisciplinary programs such as a graduate minor in Risk Analysis for Introduced Species and Genotypes and the Initiative for REnewable Energy and the Environment. From 1998 to 2003, she was study director for several U.S. National Academy of Sciences, Engineering and Medicine (NASEM) reports related to biotechnology and bioterrorism; and in 1997-1998 was an American Association for the Advancement of Science (AAAS) Risk Policy Fellow at the U.S. Department of Agriculture where she participated in several farm-to-fork risk analyses for foodborne pathogens. She has over 125 scholarly publications on emerging technologies, social science, and governance and has been studying this area for over 25 years.

She was one of the pioneers in studying the societal implications of agrifood nanotechnology, gene-editing, and synthetic biology, and in 2019 was elected a AAAS Fellow for distinguished work in anticipatory governance of new technologies, and methods for oversight policy analysis. She was elected to the NC State Research Leadership Academy and received the Alumni Outstanding Faculty Research Award in 2020. In 2014, she received the SRA Sigma Xi Distinguished Lecturer Award for her contributions to the field of risk analysis and in 2017-2018 she was awarded the Fulbright Canada Research Chair in Science Policy. She is interviewed frequently in the media for her expertise in biotechnology policy, including the New York Times, Science, The Scientist, Nature, NPR, Washington Post, Scientific American, BBC, PBS Nova, Wired, and ABC & NBC News.

Kuzma has held several national and international leadership positions, including a member of the World Economic Forum Council on Technology, Values and Policy; the NASEM Committee on Preparing for Future Biotechnology, Society for Risk Analysis (SRA) Council Member and Secretary, UN FAO Expert Group on Food Nanotechnologies, FDA Blood Products Advisory Committee, and AAAS-American Bar Association National Council of Scientists and Lawyers. As a former natural scientist, she was the first to discover that bacteria produce isoprene, a precursor to natural rubber, and holds the first patent for methods for bacterial production. Her postdoctoral work on plant drought and salinity tolerance resulted in a highly-cited article in the journal Science which identified a molecular signalling pathway for plant drought and salinity tolerance.

Got something to share with the GES Community? Submit your announcements, events, and publications here.