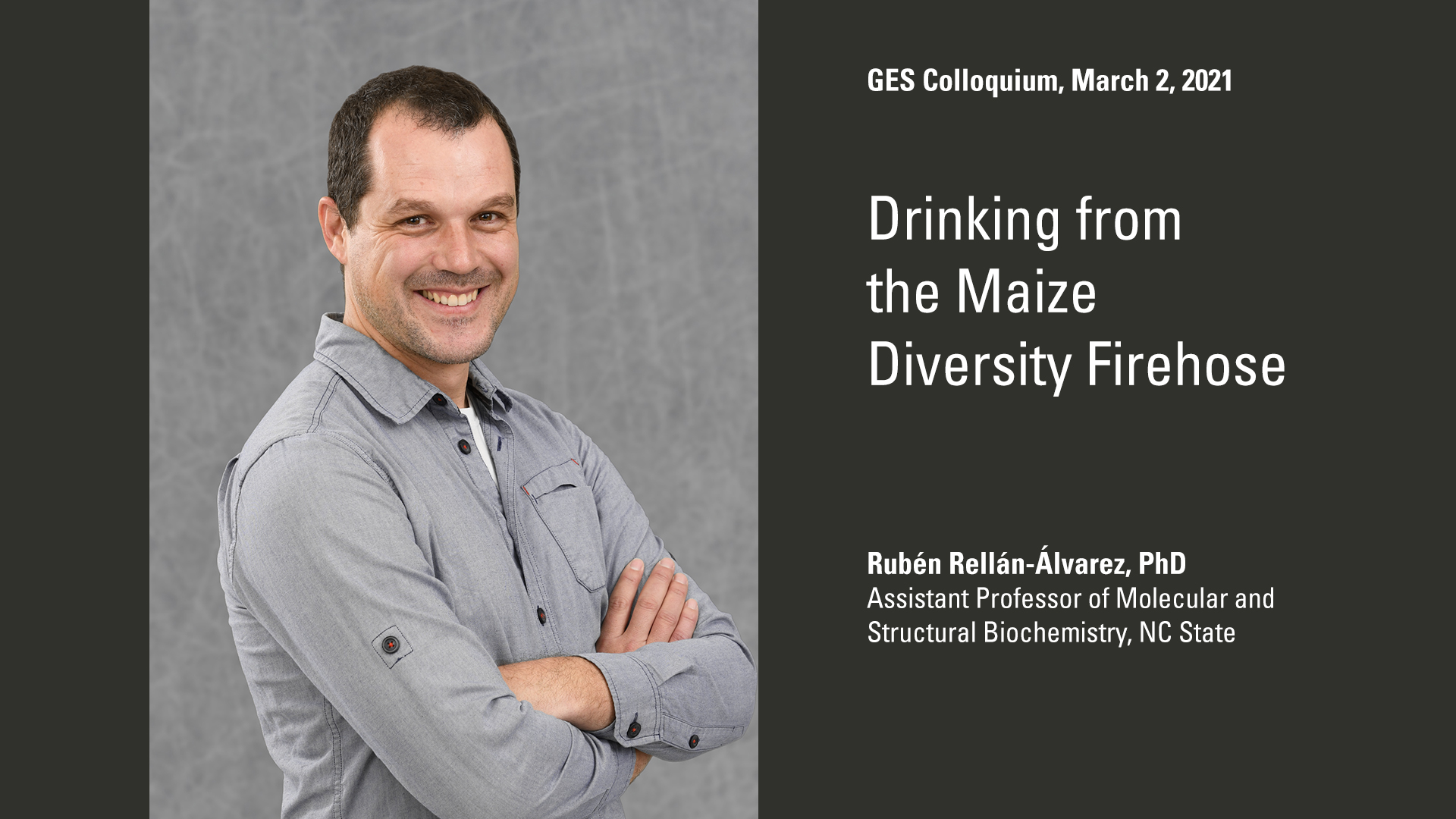 Drinking from the maize diversity firehose

A discussion of the current state of native maize varieties breeding; their agricultural importance to maintain food security in developing countries; how researchers are using them to understand maize genetic diversity; and how they can coexist with modern, genetically engineered varieties.

Dr. Rellán-Álvarez will then describe the work being done in his lab, trying to understand the evolutionary role of phospholipid metabolism in local adaptation of maize native varieties in highland adaptation.

Dr. Rubén Rellán-Álvarez (@rellanalvarez) joined NC State as an assistant professor of molecular and structural biochemistry in 2019. He was born in the middle of the Asturian mountains, NW Spain. He studied Environmental Sciences at the Universidad Autónoma de Madrid (2002) and then receive a Masters in Plant Biotechnology at the same university.  He earned a PhD in Plant Nutrition at Aula Dei Experimental Station, Zaragoza; Postdoc at Carnegie Institution in Stanford. Dr. Rellán-Álvarez then started a lab at the National Laboratory of Genomics for Biodiversity in Mexico. He currently runs the GEMMALAB (Genetics, Evolution and Metabolism of Maize Adaptation Lab).