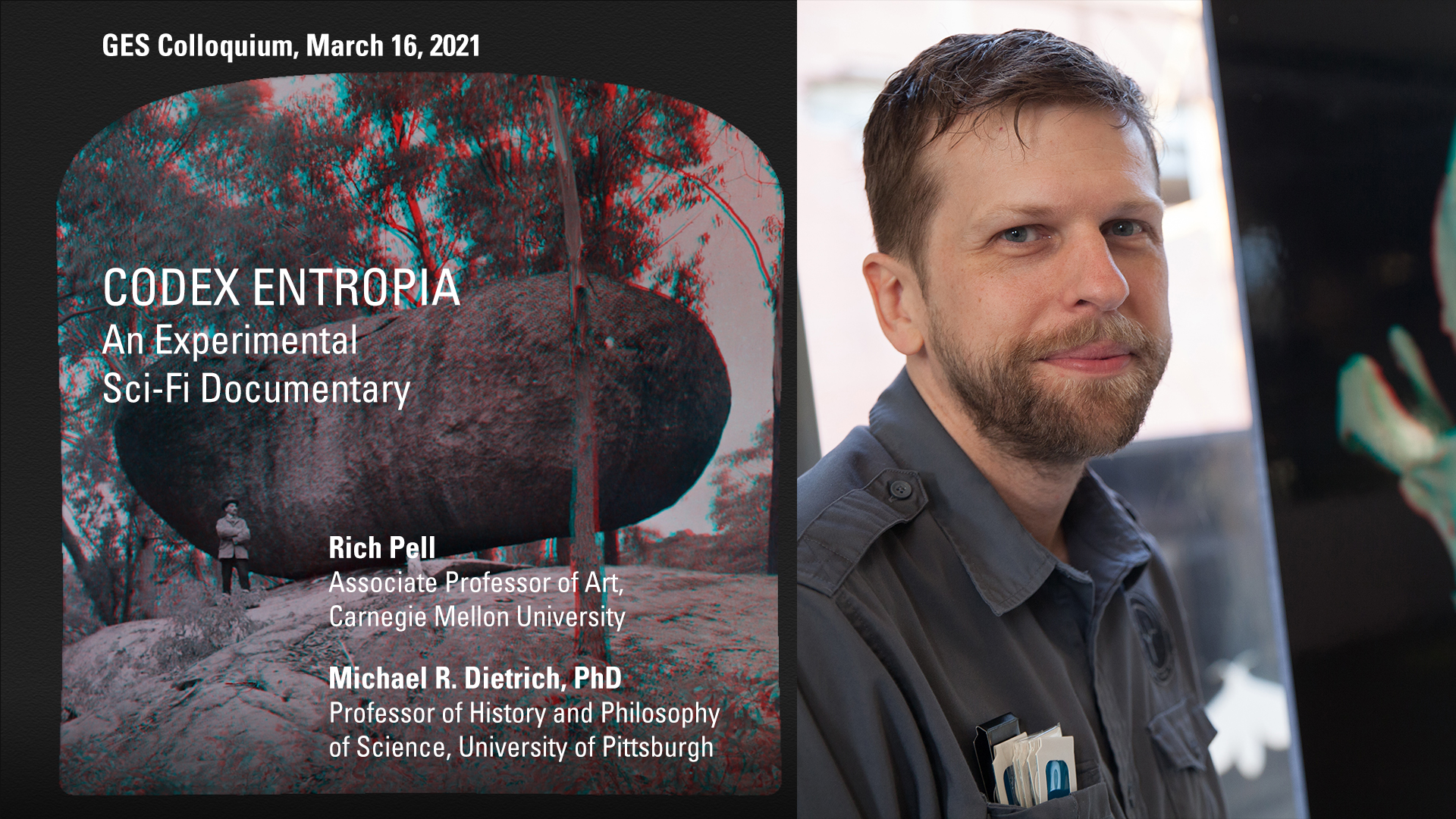 Co-Sponsored by the University of Pittsburgh Center for Bioethics

Michael Dietrich, Professor of History and Philosophy of Science, University of Pittsburgh

Screening the 3D anaglyph version of the 9 minute film CODEX ENTROPIA and discussing its implications and creation. (*3D glasses available in Hunt Library, on table across from elevator, or purchase on Amazon for $5)

This event premiers Richard Pell’s CODEX ENTROPIA, a dystopian epic in the form of a 3D informational film. Using archival stereoscopic images that document the work of Western Pennsylvania laborers, the film narrates an alternative history that speaks to the entanglement of biological life forms, computational data, and political ideology. The film screening will be accompanied by Q&A with the artist and a brief response from historian and philosopher of science Michael Dietrich.

CODEX ENTROPIA is a short (9 min) 3D Sci-Fi Experimental Documentary. It tells the story of a massive geologic formation that contains the complete library of an ancient civilization who developed computing technologies using only well-trained animals. Told through a psychedelic found-footage slideshow, with soundtrack by Jason Martin. Produced entirely from historic stereoscopic photographs, the film will be presented in anaglyph (red/green) 3D, so please make sure you get the glasses to view it from the exhibitions host. A discussion with the film maker and researchers from the Center for Genetic Engineering and Society will follow.

Pell is the founder and director of the Center for PostNatural History, an organization dedicated to the collection and exposition of life-forms that have been intentionally and heritably altered through domestication, selective breeding, tissue culture, or genetic engineering. The Center for PostNatural History operates a permanent museum in Pittsburgh, Pennsylvania, and produces traveling exhibitions that have appeared in science and art museums throughout Europe and the United States. Pell is a National Academy of Science KAVLI Fellow and was awarded the 2016 Pittsburgh Artist of the Year. He is currently an Associate Professor of Art at Carnegie Mellon University.