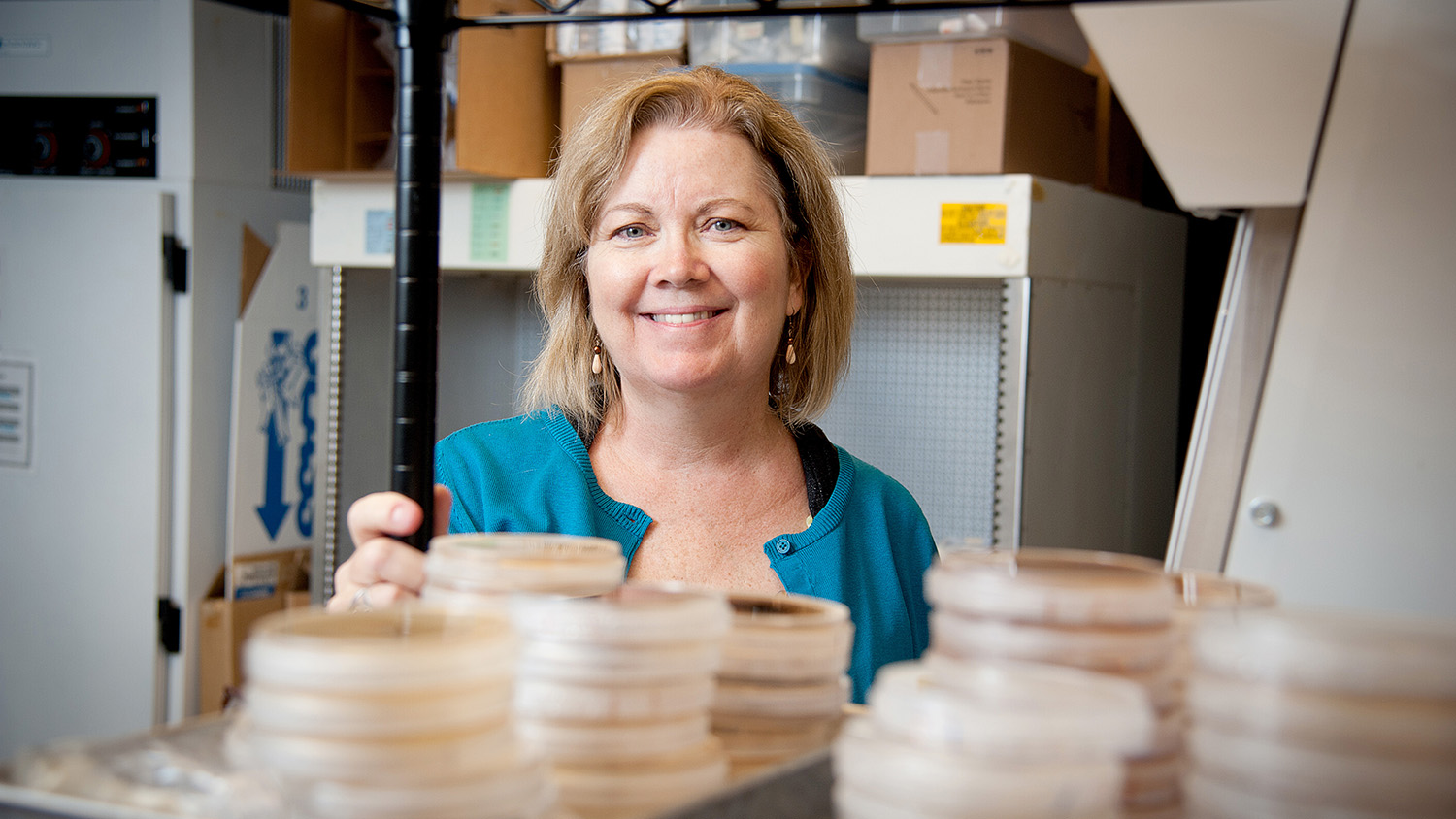 Emerging plant diseases threaten many foods crops including those we eat for breakfast such as coffee, oranges, banana and potatoes. Plant pathogens cause global losses estimated to be as high as $33 billion per year. The risk of introduction of pathogens into the US with trade requires continued monitoring and improved diagnostic capabilities at our borders. One of the largest challenges we face in agriculture today is to develop and deploy the appropriate technologies that will help reduce plant diseases and increase crop yield. New genetic tools are enabling scientists to piece together the evolution of emerging plant pathogens and track their spread. Jean Ristaino will discuss the latest research on P. infestans, the pathogen that caused the Irish famine, its impact on global food security and describe her use of genomic tools to track outbreaks and the evolution of new lineages using historic and recent specimens of P. infestans. Novel detection technologies combined with digital agriculture and bioinformatics tools will help mitigate outbreaks, improve deployment of host resistance and inform policy.

Dr. Ristaino works on the population genetics of historical epidemics of the pathogen that caused the Irish famine Phytophthora infestans and studies the population structure and epidemiology of modern day late blight outbreaks. Her lab is interested in the impact of migration, recombination and hybridization on the evolution of Phytophthora species. Her work has tracked migrations of P. infestans from its ancestral home in the Andes to the US and Europe. She developed pioneering research techniques for use of 150-year-old historic herbarium specimens to track epidemics. She was also part of the team that sequenced the first genome of P. infestans. Her recent work with collaborators has used next generation sequencing to study historical outbreaks. Her lab also manages the disease surveillance network called USABlight.org. This system records late blight outbreaks, sends disease alerts to growers, and provides decision support tools for managing disease. She has recently developed novel VOC sensor-based technology for detection of late blight. She also conducts Phytophthora molecular diagnostics workshops globally. Her lab also has described new species including Phytophthora andina and Phytophthora acaciae and developed a Lucid-based taxonomic key. Dr. Ristaino was named a National Academy of Sciences Jefferson Science Fellow in 2012 and has worked on a range of emerging plant diseases that impact global food security with USAID. She currently directs a new faculty cluster at NC State on “Emerging Plant Disease and Global Food Security”. She was awarded a Fulbright Research Scholar Award in 2017 at the University of Catania in Sicily. Dr. Ristaino’ research impacts the science of plant pathology, epidemiology, population genomics, food security and science policy