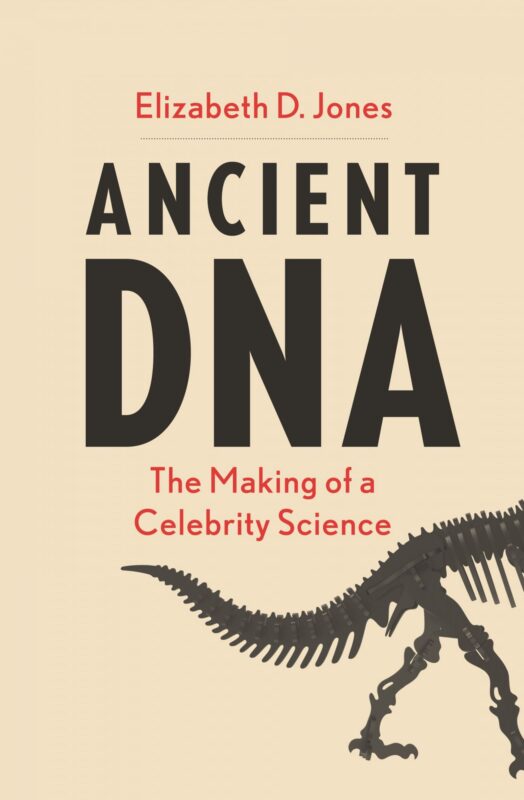 Go behind the scenes of science and celebrity with Dr. Elizabeth Jones, NC State History alumna and author of Ancient DNA: The Making of a Celebrity Science. Dr. Jones will talk about the book, which tells the untold story of the rise of a new scientific field and how Jurassic Park and popular media influenced its development. She will also talk with Dr. Martha Burford Reiskind about her path from undergraduate history major to science historian and author. There will be copies of Dr. Jones’ book for sale, and after the presentation there will be Howling Cow ice cream on the patio courtesy of NC State’s Science, Technology, & Society program.

Book Summary: Ancient DNA research—the recovery of genetic material from long-dead organisms—is a discipline that developed from science fiction into a reality between the 1980s and today. Drawing on scientific, historical, and archival material, as well as original interviews with more than fifty researchers worldwide, Elizabeth Jones explores the field’s formation and explains its relationship with the media by examining its close connection to de-extinction, the science and technology of resurrecting extinct species. Jones reveals how the search for DNA from fossils flourished under the influence of intense press and public interest, particularly as this new line of research coincided with the book and movie Jurassic Park. Ancient DNA is the first account to trace the historical and sociological interplay between science and celebrity in the rise of this new research field. In the process, Jones argues that ancient DNA research is more than a public-facing science: it is a celebrity science.

This event is co-sponsored by the Genetic Engineering and Society Center; the Genetics and Genomics Academy; the Science, Technology, and Society program, the Department of History, and the Libraries.