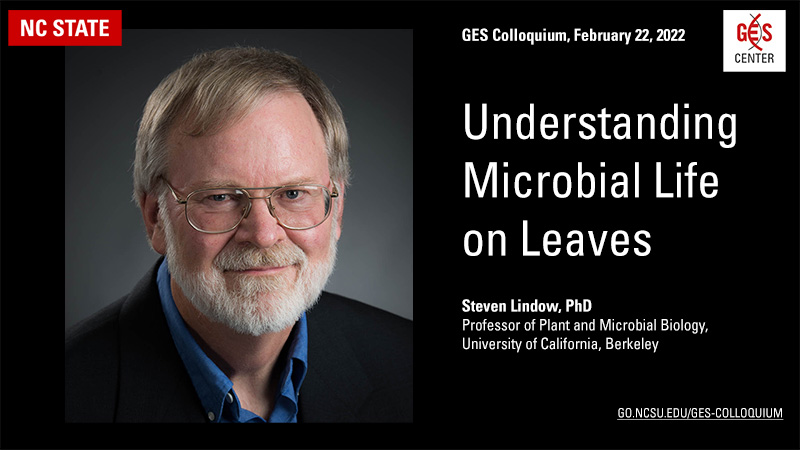 Arial plant surfaces often harbor large epiphytic bacterial populations. The size and composition of these communities however are determined by both small-scale interactions of bacteria with each other and with their plant host that determine growth and survival, as well as large-scale features such as the proximity and abundance of other plant species that contribute immigrant inoculum. The maximum population size of epiphytic bacteria is limited by Carbon availability on the plant surface and differs among plant species due to the differing amounts of exudates. These Carbon sources and therefore sites of bacterial colonization on plants are spatially heterogeneous, with the majority of bacteria residing in localized sites harboring relatively large, mixed species cellular aggregates. Cell density-dependent behaviors, often modulated by so-called quorum sensing signal molecules facilitate preferential survival of bacteria at such sites during stressful desiccation conditions.

Bacteria also modify the local environment on plant surfaces by their production of hygroscopic biosurfactants that make liquid water more available. Many bacteria also produce compounds such as 3-indole acetic acid (IAA) that apparently facilitate the plant conversion of sucrose to fructose, thus facilitating the growth of epiphytes that typically can consume such monosaccharides at the relatively low concentrations made available by exhibition from plants, but which cannot consume disaccharides at such low concentrations. The composition of epiphytic bacterial communities is only moderately plant species-specific, apparently driven by yet to be determined morphological and chemical features of plant surfaces. Epiphytic bacteria readily escape from the surface of plants and strongly influence the composition of airborne bacteria nearby. Such airborne bacteria are a primary source of immigrant bacteria for the establishment of epiphytic communities on plants that typically harbor few or no resident bacteria early in their development. Because of the differing amounts and types of surrounding vegetation present during the development of new tissues of a given plant species, the composition and size of epiphytic communities on crop species is very context-dependent, and can be strongly influenced by management practices that influence the agro-ecological context of a given crop plant and can be strongly influenced by inoculation of immigration-limited crops by beneficial bacteria.

Dr. Steven Lindow: In each of my academic positions, and throughout my entire research career, I have led or been involved in a variety of research projects that dealt with the study of the interactions of bacterial pathogens with their plant hosts. I thus have studied both the features of different plant pathogens that enable them to interact with plant host to survive on, and to cause disease of plants, as well as the effect of these pathogens on the plants themselves. The several different pathogens that I have studied include Pseudomonas syringae, Xanthomonas arboricola pv. juglandis, Xanthomonas citri pv. glycines, Erwinia amylovora, and Xylella fastidiosa. My studies have included molecular genetic approaches to study the contributions of various pathogen traits to their virulence to plants, molecular genetic studies of traits involved in their environmental fitness and interaction with plants,including traits such as those conferring cell density-dependent behaviors (quorum sensing), and other traits such as the production of plant growth regulators such as 3-indole acetic acid (IAA). While much of my work has addressed the colonization of foliar plant surfaces and the incitation of foliar leaf diseases, I have also done extensive work on pathogens such as Xylella fastidiosa that causes vascular diseases of grape and almond and other plants. While I have not performed research in my laboratory on the causal agent of Huanglongbing, due to restrictions on its study in the state of California since it is a heavily quarantined plant pathogen, I have been engaged in collaborative research with individuals at the University of California, Davis, on strategies of biological control of this disease. For the more than 8 years I have been extensively engaged as a reviewer of research reports in the scientific literature and have spoken at various national and international meetings regarding the control of citrus greening disease. I have spoken at two different international meetings on Huanglongbing. Furthermore, I have served for several years on scientific review panels for both the CRDF in Florida and served as an ad hoc reviewer for the Citrus Research Board in California in providing evaluations of proposed HLB research by other scientists. In addition, in my duties as an ad hoc reviewer and scientific journal Editor, I have reviewed research progress submitted for publication in a variety of different scientific journals that have addressed HLB.

GES Colloquium is jointly taught by Drs. Jen Baltzegar and Sumit Dhole, who you may contact with any class-specific questions. As conditions allow, colloquium will be held in-person in Poe 202, as well as live-streamed via Zoom (at least January will be 100% virtual). Please subscribe to the GES newsletter and Twitter for updates .