Sir Charles Godfray – Can we feed the world without wrecking the environment? [Video linked] 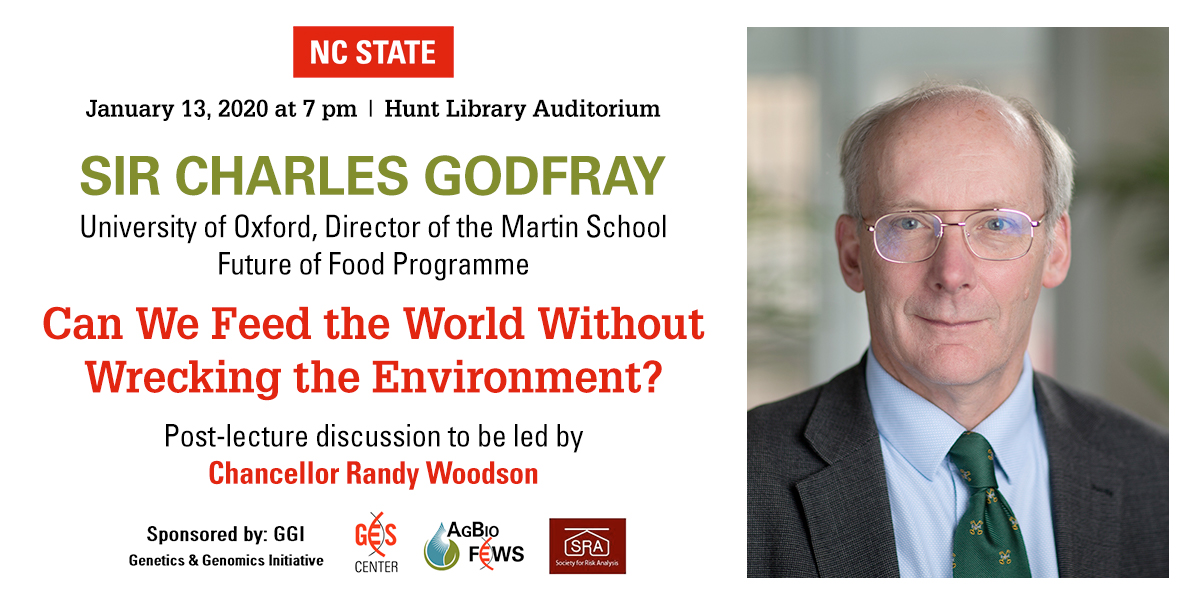 LECTURE: Can We Feed the World Without Wrecking the Environment?

We can now imagine a future where humanity’s demands of the earth plateau or even decrease. But at that plateau there will be billions more people needing to be fed than exist today.

Sir Charles Godfray’s talk argues that it is possible to feed this number of people without despoiling the environment, but only if we make hard decisions today.

“We require a new revolution in agriculture of the same magnitude as the industrial and green revolutions that not only boosts productivity but also radically improves resource-use efficiency and sustainability.

We need to reduce waste across the food system. We need to make hard decisions about diets and consumption patterns. And we need to accept globalization and refashion a globalized food system that provides public as well as private benefits.

These ambitious goals are attainable – but only if we understand the risks and the challenges and build the political will to act.”

Sir Charles Godfray is the Hope Professor of Zoology at Oxford University, and Director of the Oxford Martin Programme on the Future of Food, whose work examines how the global food system will need to change and adapt to the challenges facing humanity in the 21st century. In 2010 he authored a paper, “Food Security: The Challenge of Feeding 9 Billion People,” in the journal Science that has been cited over 6,000 times. Many of his more recent papers on the subject dig deeper into this subject.

Godfray currently chairs the Science Advisory Council of the UK’s Department of Environment, Food and Rural Affairs. He is a Fellow of the Royal Society, and in 2017 was knighted for his services to scientific research and for scientific advice to government.

Presented in collaboration with the Genetics and Genomic Initiative at NC State and the Society for Risk Analysis.