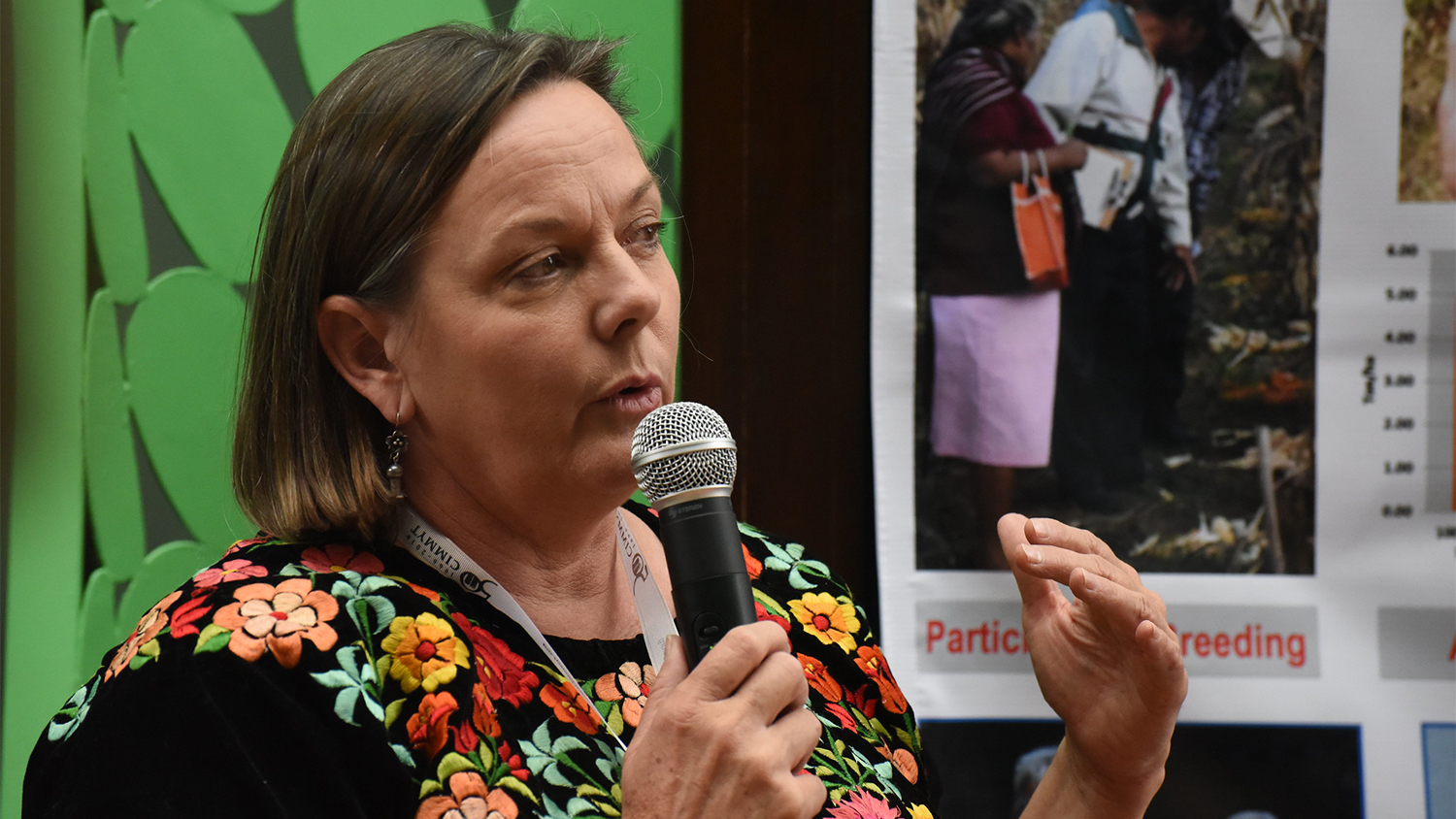 Native maizes and culinary markets: A route to conservation of biodiversity and traditional communities

Mexico has more hectares planted to traditional landraces than to hybrid maize. The costs of hybrid seed, the diversity of environments, and the culinary traditions of Mexico are reasons small farmers continue to plant traditional native maize landraces. Most of the maize produced by these farmers never appears in formal markets, yet it provides food security for a large proportion of Mexico’s population (Bellon et al. 2018). Mexican scientists have used several selection schemes to improve yields in some of the 59 native landraces, in spite of intermittent funding. We initiated a pilot project in communities in 5 regions of the state of Oaxaca with distinct races of maize, agro-ecologies and ethnic groups. This effort was later expanded to the states of Michoacán and Mexico.

Our goal was to improve farm family livelihoods while conserving diversity, by incorporating participatory breeding with investigation of agronomic management and connection of smallholder farmers to markets. Interest by chefs in authentic Mexican cuisines opened avenues to connect small farmers to culinary markets that value diversity and flavor. A niche market for native maize grown in the traditional milpa system of intercropping through manual labor of has made possible sales of excess grain by subsistence farmers. These market possibilities require community level collective organization in order to allow very small farmers to benefit from this culinary market. To preserve this market for the traditional custodians of the native maize, we worked as a multidisciplinary group, to create a collective trademark, named MILPAIZ approved by the Mexican government for native maize and associated products of the Milpa. These efforts have increased profitability for small indigenous farmers.

Dr. Martha Cameron Willcox is the Maize Landrace Improvement Coordinator at the International Maize and Wheat Improvement Center in Mexico (CIMMYT). Originally, from North Carolina, she received a BS in Agronomy and an MS in Crop Science from NC State University and a PhD in Plant Breeding and Plant Genetics from the University of Wisconsin-Madison in a collaborative project between corn breeding and dairy nutrition. She worked as a postdoc at CIMMYT, in the Stress Breeding Unit, on selection for host plant resistance to southwestern corn borer.

Upon finishing her post-doc she was hired as a permanent scientist at CIMMYT where she addressed biosafety issues of experimental trials of transgenic maize in collaboration with Mexican experts in genetic resources from 1995-1997. She then worked in the Corn Host Plant Resistance Research Unit of USDA-ARS in molecular mapping of resistance to aflatoxin production. She returned to CIMMYT in 2011 as the phenotyping coordinator for the Seeds of Discovery Project, which sought to identify novel alleles in the CIMMYT Maize Germplasm Bank. Since 2014, she has worked as the Maize Landrace Coordinator at CIMMYT, focusing on farmer participatory improvement of native maize landraces in the states of Oaxaca, Michoacán and Mexico in marginalized, mostly indigenous, communities. As part of this project, she has worked very hard to connect traditional farmers with culinary markets.