Mosquitoes are vectors of several important human diseases, including malaria and dengue fever. Our first student cohort concentrated on the mosquito, Aedes aegypti, that transmits dengue to over 100 million people each year and heavily burdens the health care systems of developing countries.

Alun Lloyd (Biomathematics) and Fred Gould (Entomology) received an NIH grant to work with the Aedes/dengue system, and their research groups (mathematical epidemiology and population genetics) have participated in two multi-organization GPM projects funded by the Gates Foundation that includes molecular biologists, ecologists and social scientists. The goals of the projects are to develop genetic approaches for decreasing densities of Ae. aegypti and for replacing genotypes of Ae. aegypti that transmit dengue virus with transgenic genotypes that do not transmit the virus.

Our molecular and population genetics research on the Aedes/dengue system has built on an already well-established base of work. Transgenic mosquito lines engineered for population suppression are now being tested in field cages in Tapachula, Mexico, with plans for initial small field releases in 2011 (another privately developed strain may already be in the field). Strains with anti-dengue constructs and gene drive are expected to be available for release within five years. A novel, self-limiting, gene-drive mechanism conceptualized and analyzed at NCSU is now in development by the Gates team as a risk management tool.

As part of our NIH and Gates work, we have developed generic as well as highly specific simulation models that predict the fate of transgenes linked to a variety of gene-drive mechanisms. The most detailed models use Ae. aegypti population dynamics and epidemiology data collected at the scale of individual houses in Tapachula, Mexico, and in Iquitos, Peru. The data from Iquitos have been collected continuously for over 10 years by our colleagues, Tom Scott and Amy Morrison (U.C. Davis). These models are useful for risk analysis and optimizing efficiency of large-scale releases. We work closely with the Tapachula and Iquitos teams and have agreements for students to do internships in Tapachula and in Iquitos.

The IGERT program will add new components to this project centered on ecology, epidemiology, evolution, and EPSI issues that are not presently addressed by members of the Tapachula Gates project or members of the Iquitos team. Four of our IGERT participants worked at the Tapachula site in January 2008 to get a feel for the research and cultural environment. As a follow up, a graduate student spent a total of 9 months in Tapachula, studying the dynamics of Ae. aegypti larval competition. This successful study was needed to fill gaps in our detailed simulation model and has indicated the need for further field studies. IGERT faculty Dennis Brown (Biochemistry) and Katia Koelle (Biology, Duke) are, respectively, working on molecular and population genetic aspects of dengue virus evolution.

This work will be critical because a major risk issue is the likelihood of virus adaptation to different anti-pathogen genes. Ae. aegypti has evolved a strong commensal relationship with humans and is adapted for survival in buckets and other artificial, water-filled containers, making attention to human behavior patterns and community practices essential. For Ae. aegypti populations within the urban environments, ecological disruption due to GPM is not expected, but there are forest Ae. aegypti populations to which transgenes could spread, and this potential for spread could be examined by empirical studies of Ae. aegyptipopulation structure in and surrounding Tapachula and Iquitos.

Our internship agreements in both Iquitos and Tapachula present the possibility of ecological as well as anthropological comparisons across Latin American sites. Nora Haenn (Anthropology) has worked in southern Mexico examining the interaction of popular cultural models of the environment with the ecological models used to create and implement environmental policy. As pest management moves from the laboratory to the field, this work will be critical for understanding the norms, values and beliefs that influence perception of transgenic mosquitoes. Sarah Bowen (Sociology/Anthropology) contributes field experience examining Mexican agricultural communities in a globalization context. Student projects in this area could focus on issues ranging from analysis of non-government organization involvement, to analysis of alternative approaches for transgenic insect production.

In classical GPM programs for medfly and mosquitoes, rearing facilities have been large factories that produce millions of insects per week. IGERT students in biology and EPSI could assess the merits and problems associated with developing cottage industries for Ae. aegypti rearing in Mexico. The route toward cottage production could itself include an environment/genetic educational component for local citizens and schools. This community-based approach raises practical as well as complex ethical issues that could be addressed by collaboration among our students. F. Tripet who works on Anopheles GPM for malaria control has offered internships for students in England/Mali.

Students in the 2012 cohort focusing on Mosquitoes and Human Health may affiliate with any IGERT faculty member. Here are a list of faculty that have specific interest in this topic. 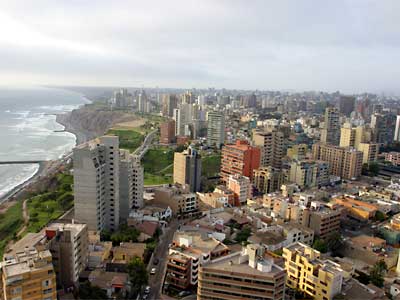 The 2012 student cohort’s group white paper was selected for publication as the opening chapter entitled “Transgenic Pests and Human Health: A Short Overview of Social, Cultural, and Scientific Considerations” in a compilation book by Dr. Zach Adelman entitled “Genetic Control of Malaria and Dengue”. Originally titled “Genetic Pest Management and Society: An Interdisciplinary Assessment of Current and Emerging Technologies for Dengue Control”, the white paper cum book chapter represents a significant achievement of our interdisciplinary research goals for our first cohort. The global problem of dengue fever is a multi-faceted, complex issue that spans many different disciplines. Effective dengue control and prevention therefore require integrated research from a multitude of disciplines in order to understand this problem from as many angles as possible and within its social and cultural contexts. Through an integrative interdisciplinary approach, this paper provides a comprehensive overview of of current technologies used to control dengue fever and addresses the controversial question of whether transgenic technologies should also be used.