In a new Policy Forum article in Science, NC State professor Jennifer Kuzma argues that federal authorities are missing an opportunity to revise outdated regulatory processes not fit for modern innovations in biotechnology, such as a current situation involving genetically engineered mosquitoes. 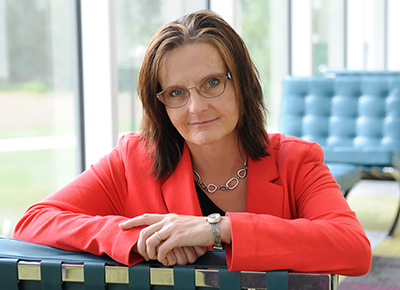 Earlier this summer, the Food and Drug Administration approved the engineered mosquitoes as a potential weapon in the fight against the Zika virus.

The agency OK’d field trials for a modified version of the male Aedes aegypti mosquito — the primary carrier of Zika, yellow fever and other diseases. The specific line of mosquito is engineered to pass on a lethal gene to wild females, causing offspring to die in early development and, in theory, reducing the amount of disease-carrying mosquitoes.

“An explosion of genetic engineering techniques and products” is testing the nation’s existing regulatory structure, Kuzma wrote, and the public, the media and politicians are paying more attention to the issue. So in 2015, when the White House called for a revision of the United States’ current regulatory process for biotechnology, a policy window opened to enact real change.

However, Kuzma says options to truly restructure the regulatory process, the Coordinated Framework for the Regulation of Biotechnology (CFRB), were never on the table. The White House’s Office of Science and Technology Policy (OSTP), along with representatives from the FDA, Environmental Protection Agency and Department of Agriculture, largely met in closed session as they worked through a year-long review of the CFRB. And during the first of three public meetings, OSTP staff stated that the review likely wouldn’t result in revision of authorities or the creation of new ones. Rather, it would clarify existing authorities.

“This was disappointing to many scholars and practitioners, given that the CFRB had not been revisited in nearly 30 years,” Kuzma wrote.

When the interagency review group sought to clarify appropriate oversight in the regulatory process, Kuzma said it picked case studies that “fell neatly” into existing pathways. The group didn’t include emerging genetically engineered products that are stretching regulatory definitions or have the potential to be problematic in the future, such as genetically engineered insects or animals for environmental release or livestock.

In the article, Kuzma also argues that the review didn’t properly engage scholars, practitioners, interested members of the public, and stakeholders in its three public meetings. In addition, the process didn’t address how the U.S.’s regulatory processes align with others around the world, such as global protocols and conventions of which the United States is not a party to.

“Other policy windows may open in the future,” Kuzma wrote in the article. “But opportunities to affect meaningful and impactful change for safe, responsible, legitimate and appropriate use of GEOs were missed at this key juncture in the biotechnology revolution, although it is poised to change nearly every sector and even our conceptions of nature.”

Kuzma, the Goodnight-North Carolina GlaxoSmithKline Foundation Distinguished Professor in Social Sciences in the School of Public and International Affairs (SPIA) and co-director of the Genetic Engineering and Society Center, has studied biotechnology regulation for the past two decades. She currently sits on a National Academies of Sciences, Engineering and Medicine committee conducting a study of products that could be produced with biotechnology during the next 10 years. The committee’s report is due out in December.

Kuzma’s full article, “A Missed Opportunity for U.S. Biotechnology Regulation,” is published in the Sept. 16 issue of Science.

« Jennifer Kuzma was appointed as a member of the World Economic Forum’s Global Council on The Future of Technology, Values, and Policy.
NC State’s Barrangou Receives Canada Gairdner International Award »