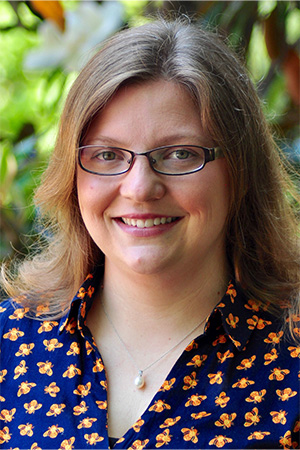 Jennifer Baltzegar, a PhD Candidate in the Genetics Program, won first place in a research poster competition last week at the Entomological Society of America’s 2017 Annual Meeting. Jen is an NSF IGERT Fellow in Genetic Pest Management in Dr. Fred Gould’s laboratory at NC State. She has developed a broad background in population genetics, with an emphasis on species management of natural populations. Baltzegar attended the College of Charleston for both her B.S. and M.S. in Marine Biology, where her research as a master’s student utilized genetic relatedness to assess various population enhancement strategies of an economically important fish species.

More recently, her experience at NC State has allowed her to gain a deeper understanding of emerging genetic strategies to control pest populations in a biological, social, and regulatory framework. Currently, she focuses on elucidating the fine-scale population structure and the evolution of insecticide resistance in Aedes aegypti, the Yellow Fever Mosquito, to facilitate mathematical modeling of new control methods. 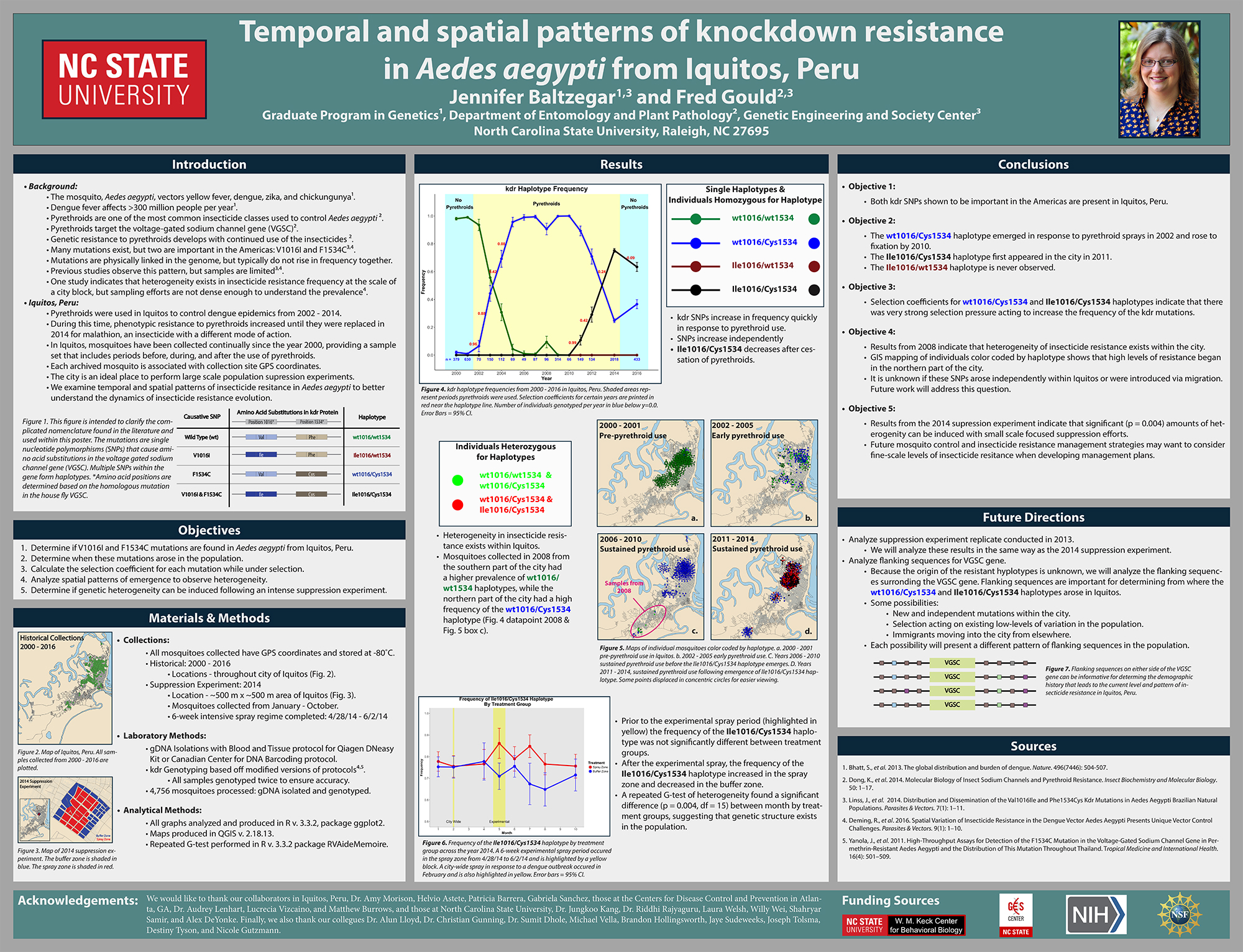 Abstract: The mosquito, Aedes aegypti, transmits yellow fever, chikungunya, zika, and dengue fever, which affect large numbers of people annually. One of the most prevalent methods to control the spread of arboviral diseases is by using insecticides. Pyrethroids, a common class of insecticides, has been implicated in the development of knockdown resistance (kdr) in multiple arthropod species. With frequent and recurrent applications of pyrethroids to control Aedes aegypti populations, increased levels of kdr are expected to occur.

This is a major concern for the continued efficacy of this control method. Many genetic loci associated with kdr resistance have been identified; however, two single nucleotide polymorphisms (SNPs), F1534C and V1016I, located in the voltage-gated sodium channel have been shown to be important in Central and South America. This study explores the evolution of these two SNPs across a 17-year period in Iquitos, Peru, which includes all years of pyrethroid use in the city.

First GMO Mosquitoes to Be Released In the Florida Keys | Undark

The EPA approved Oxitec’s mosquitoes for release this spring. Some scientists and locals want to halt the deployment.