Voluntary Programs To Encourage Refuges for Pesticide Resistance Management: Lessons from a Quasi-Experiment

Economists often treat pesticide resistance as a common-pool resource problem. While pecuniary economic incentives are the standard prescription for open-access market failures arising from such resources, non-pecuniary behavioral approaches (e.g., “nudges”) are also effective in some cases. Yet non-pecuniary instruments have not previously been evaluated for managing pesticide resistance. I empirically evaluate the performance of such an intervention to manage pest resistance to genetically engineered Bacillus thuringiensis (Bt) corn. The U.S. Environmental Protection Agency permits sale of Bt seed conditional on seed producers compelling customers to plant mandated levels of non-Bt refuge to delay the evolution of Bt resistance. Because of compliance challenges, the Bt seed producer Monsanto piloted a social marketing program to promote refuge in 17 North Carolina counties in 2013–2014. Using 2013–2016 sales data, I use difference-in-differences, fractional regression, discrete changes-in-changes, and matched differences econometric models to identify the average treatment effect of the program on refuge planting. Results suggest that if it had covered all corn growers in North Carolina, the intervention would have led the average grower to plant between 2.6% (preferred estimate) and 5.8% more refuge in 2014 compared to the counterfactual. The program increased by at least 12% the average probability of planting any refuge in 2014. I find little evidence that effects of the program persisted in subsequent years after cessation, nor that the program increased compliance with mandated refuge thresholds. Informed by behavioral economics research on other environmental and resource policies, I discuss the implications of these findings for pesticide resistance management.
Key words: Bt refuges, difference-in-differences, discrete changes-in-changes, fractional regression, matching, moral suasion, nudges, quasi-experiments, resistance management, social marketing 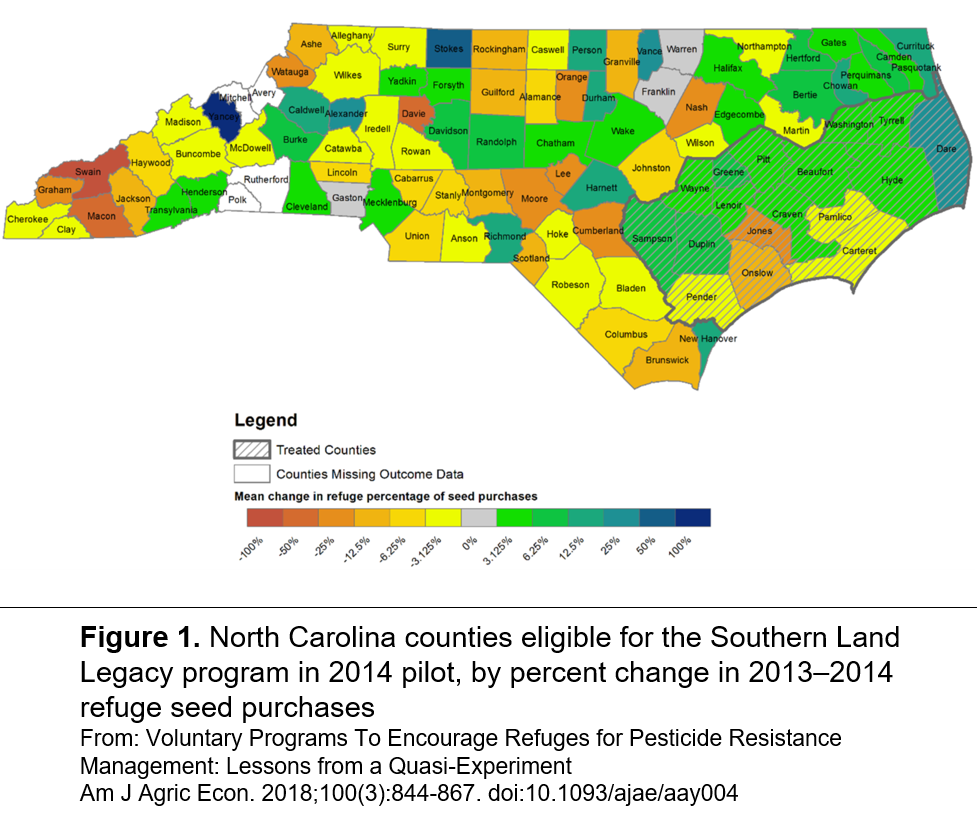 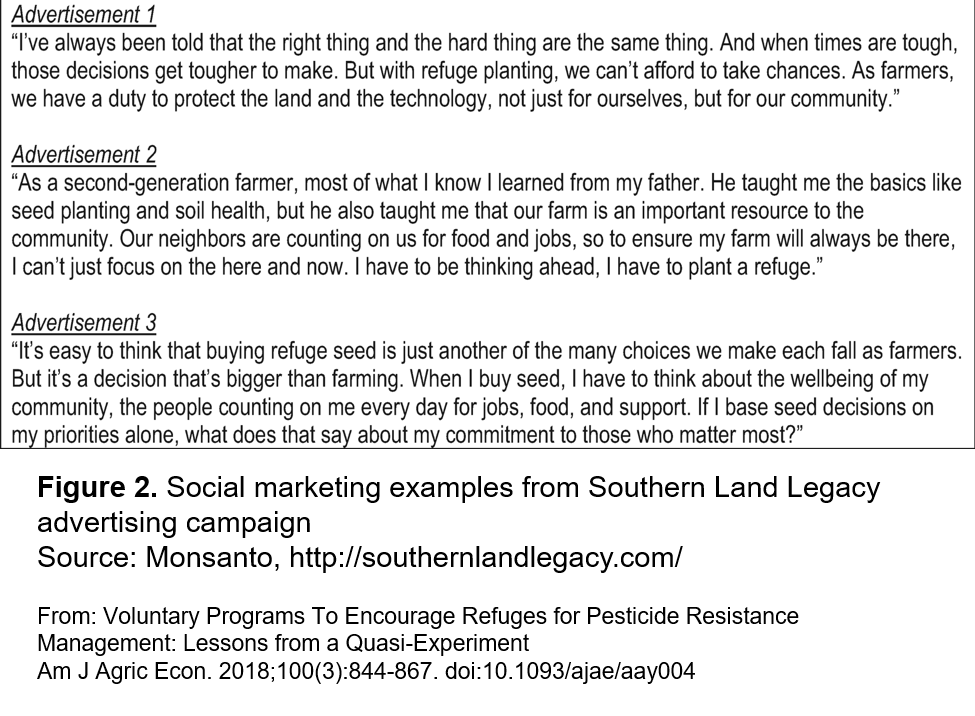 Meet Our Affiliates You may search and filter the faculty directory by name, department, expertise, and more. Executive Committee members also have links to their full profiles in their listings. If you are interested in…

Dr. Federico Ciliberto, an economist from of the University of Virginia, will discuss the welfare impacts of genetically engineered (GE) crop varieties of corn and soybeans.