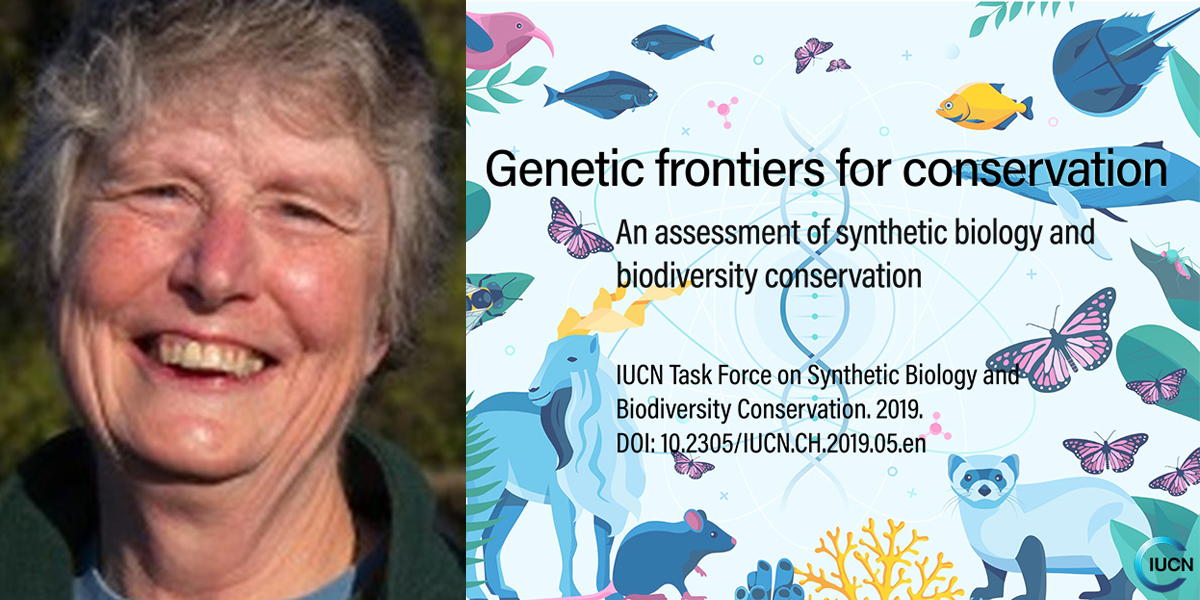 Synthetic biology has many implications, both potentially positive and potentially negative, for biodiversity conservation. This includes both synthetic biology applications specifically intended to enhance biodiversity conservation, and those intended for other purposes (e.g., medicine, agriculture) that might also impact biodiversity. This talk examines the topic, focusing mainly on applications intended to enhance species conservation, with specific real-world examples of where they might be applied, and their potential pros and cons.

Elizabeth Bennett is the Vice President for Species Conservation at the Wildlife Conservation Society (WCS). She received her Ph.D. from Cambridge University, UK, for research on the ecology of primates in Peninsular Malaysia. She moved to Sarawak, Malaysia, in 1984, and worked there for the next 18 years. This included conducting the first ever detailed field study of the proboscis monkey, and studies of the effects of hunting and logging on wildlife. Her time in Sarawak culminated in her leading a team, with WCS and Sarawak Government staff, to write a comprehensive wildlife policy for the State, and subsequently to head a unit within the Government to oversee its implementation. She then became Director, Hunting and Wildlife Trade Program at WCS. This included working with WCS field staff to develop strategies to address the bushmeat trade in Central Africa and illegal wildlife trade in China. Her current role involves overseeing WCS’s species conservation programs globally. She has more than 130 scientific and popular publications. Her services to conservation have been recognized by her being awarded the “Golden Ark” award by Prince Bernhard of the Netherlands, “Member of the Most Excellent Order of the British Empire” (MBE) by Her Majesty Queen Elizabeth II, D.Sc. (honoris causa) by Nottingham University, and and Merdeka Award for Outstanding Contribution to the People of Malaysia.