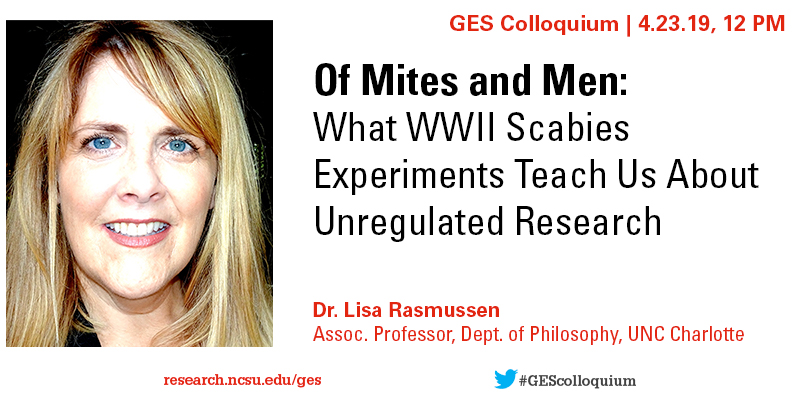 Of Mites and Men: What WWII Scabies Experiments Teach Us About Unregulated Research

The number of British soldiers suffering from scabies during WWII significantly affected the war effort. Consequently, an entomologist named Kenneth Mellanby was given funding by the British military to study the transmission and treatment of scabies. His volunteers were British conscientious objectors, and he detailed the experiments with these men, conducted in the early 1940s, in his 1945 volume Human Guinea Pigs.

These experiments predated the Nuremberg Code and the modern edifice of research ethics built on its foundation. It is thus worth asking how a researcher interpreted his ethical obligations to human subjects before the guidance offered by modern codes and regulations, and what that can teach us about the ethics of new, unregulated forms of research.

Lisa spends a lot of her time worrying and teaching about philosophical and ethical issues in research. She is currently trying to figure out the best way to channel her worries into a book.