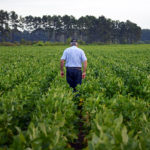 What Happens If We Run Out? Pesticide Resistance Needs Attention, Large-Scale Study

How can we slow pest resistance to herbicides and pesticides? NC State researchers say large-scale studies are needed to test new strategies. 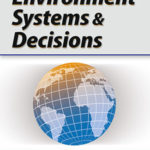 GES Co-director, Dr. Jennifer Kuzma and affiliated faculty member, Dr. David Berube, have published an article in the journal Environment Systems and Decisions that argues for a risk governance approach to emerging technologies, such as synthetic biology… 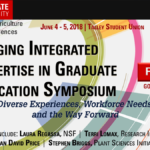 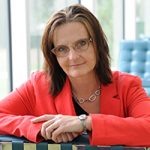 Space for the Social Sciences in Engineering Biology

I had the pleasure of attending the Canada SynBio 2018 Conference “Engineering Biology for Health, Food and the EnvIronment in Toronto last week. While I’ve been to many such events in the United States, this…

Continue reading “Space for the Social Sciences in Engineering Biology” 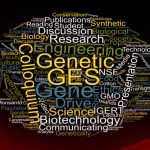 It is not often that a new technology is at once hailed as a potential solution to pandemic disease, wildlife conservation and hunger, while also being feared as a potential military and environmental “bioweapon.” Gene drives,… 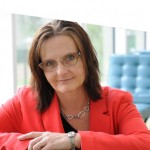 Politics “Trumps” Science in the Regulation of Genetically Engineered Crops

In recent years, the regulatory system for biotechnology products has not kept pace with newer ways of engineering organisms, such as through the use of gene editing like CRISPR-Cas9 systems.
Under the Obama administration, progress had been made in clarifying U.S. biotechnology regulations. In January 2017, in the last few days of Obama’s term, several proposals were made for updating agency regulations and guidance documents. In particular, new US USDA regulations were proposed for GE crops.
Fast forward ten months, and the Trump administration has pulled this proposed rule back to “start fresh” and reconsider the issue. This is no surprise, as it is not uncommon for new political administrations to recall regulatory policy for biotech. Many industry and academic scientists developing GE crops are pleased to hear about the Trump administration’s recall of USDA proposed regulations. 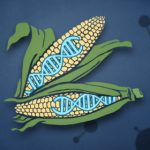 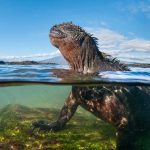 Campbell first became intrigued by the possibilities of gene drive in 2011, when he sat in on a conference call between biologists at NC State University and officials of the U.S. Fish and Wildlife Service to discuss a possible genetic approach to control a runaway mouse problem on Southeast Farallon Island, about 20 miles west of the California coast, near San Francisco. John Godwin, a North Carolina State neurobiologist who studies animal behavior, had learned of the Farallon issue while skimming the Internet in 2011. He happened to be at a university with an established infrastructure dedicated to experimenting with—and considering the ethical implications of—genetic manipulation. 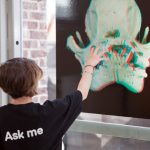