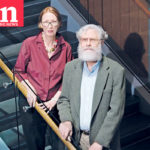 Gould quoted in C&EN: Building bioethics into the future of life sciences innovation

Scientists who refuse to engage with ethicists and the public will find themselves at a disadvantage. “Just because you are a scientist and have invented something doesn’t mean you have authority over it,” says Fred Gould, an entomologist and co-director of the Genetic Engineering & Society Center at North Carolina State University. He points to the National Academies report’s advocacy of participatory decision-making. Resistance from the science community based on ethicists and the public not fully understanding the science wears thin, he says. “You are a pretty poor scientist if you can’t explain what these things are about to an ethicist,” he says. 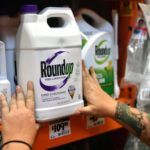 “With all things, it is the level of exposure that matters,” said Fred Gould, head of the Genetic Engineering and Society Center at North Carolina State University. “The poison is in the concentration.” 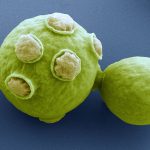 Fred Gould is quoted in Nature, discussing a gene editing technique designed to make interbreeding between synthetic and wild organisms impossible. The technology, which targets gene expression, could be applied to mosquitoes to control infectious diseases, such as malaria, or to invasive species, like Asian carp. “This is an ingenious system.” 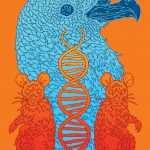 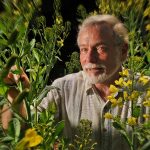 As the National Academies of Sciences, Engineering, and Medicine release the report “Genetically Engineered Crops: Experience and Prospects,” the chair of the authoring committee says that NC State University can become a model for conducting advanced, trusted research in GE crop development. 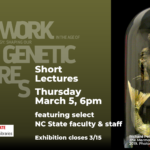 In this episode we talk with Fred Gould, William Neal Reynolds Professor of Agriculture and Life Sciences, about the rising rates of herbicide and pesticide resistance, the current state of the resistance arms race and what we need to do in the future to protect our crops and human health from resistant pests. Length: 15 minutes 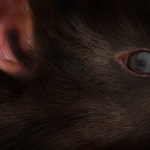 A deep dive into the inception of the Genetic Biocontrol of Invasive Rodents (GBIRd) program, this article in WIRED details how Karl Campbell of Island Conservation came across GES Co-Director Fred Gould’s research suggesting that the genetic engineering techniques being used to manage insect populations could also be applied to other species, like rodents. And then, what happened when CRISPR came along.