Several sessions have been held with various user groups since August, in preparation for the launch of our Proposal Tracking and Post-Award Management modules.

We know it may have been a while since you’ve heard any implementation updates from us here. But for those of you who haven’t been getting updates through other channels, rest assured that work has continued behind the scenes to implement our next Research Enterprise Data (RED) system modules.

Our Proposal Tracking (PT) and Post-Award Management (PAM) modules — which will work in tandem and replace the functionality of RADAR — are next to debut.

User acceptance testing (UAT) for PT/PAM has been underway throughout the fall semester — and so far, so good.

“UAT has gone quite well,” ERA Project Manager Sherrie Settle said. “User acceptance testing is intended to make sure the system itself is performing reliably — doing what we expect it to do when different users are trying to accomplish the same task.”

UAT should not be confused with usability testing. Rather, UAT is a chance for us to let real-life end-users ensure the system works the way it’s supposed to; that is, there are no major bugs or other critical issues that need to be addressed before our initial launch.

Several sessions have been held with various user groups — from the SPARCS Operations and Negotiations teams to representatives of college research offices and centers and institutes — since August.

Settle said she’s pleased that the system’s performance has been good but at the same time, “not perfect.”

“There have been opportunities to identify some things that weren’t working as expected, which is what you want out of UAT,” Settle explained.

UAT is one of the last milestones in implementation prior to go-live. It not only helps us ensure the system itself is ready but that our training and other support are good to go, too.

“With new sets of eyes on the system, who are in some cases seeing RED for the first time, you get that fresh perspective,” Settle said.

For example, Settle said they’ve had participants suggest subtle wording changes to system language that make more sense or a slightly different sequence of steps in a certain part of a training guide.

In sum, this informs us “how to make our own configuration — the things we at NC State can control about the system — better for our users,” Settle said.

So UAT is a big deal. But it’s far from the last time we’ll test the system. Like any new product, the first version won’t be perfect (which is why we’re committed to continuously improving RED throughout its lifetime).

“I have to applaud everyone who’s participated in UAT for bringing a really positive attitude and enthusiasm,” Settle said. “Change is hard. The look and feel of RADAR and RED are very different, and we realize it will be an adjustment.”

Now Boarding: All Flights from RADAR–PT/PAM

This time around, we decided to develop a theme for UAT. Business analysts Angie Fullington and Lauren Horne and RED Training Manager Kyle Mullaney came up with the idea — and they landed on the theme of air travel.

Participants were sent a “Passport” invitation, which also included their “Boarding Pass” for entry to UAT. The passport included a “destination” for each session, and attendees received a stamp for each session they completed.

During the larger-group sessions, Fullington even carted around snacks for folks — compliments of the “airline,” of course.

Settle said they’ve been able to hold most of the sessions in person, in computer labs at the Avent Ferry Technology Complex. In turn, “we got the benefit of people working together, helping each other figure things out,” Settle said.

But given today’s hybrid work environment, some participants did have to follow along virtually instead.

“And that taught us something, too — that they could work independently,” Settle said. “So the feedback from virtual participants was a little different, since their experience was a bit different, but was just as valuable.”

We spoke with a few attendees to see what they thought of the sessions — and gauge their initial impressions of the new modules.

“I really appreciated the time we’ve gotten with Kyle, Lauren and Angie,” Clarkson said. “It’s been a really collaborative experience.”

Clarkson, who joined NC State in July, also said she felt that processes in RED will be more streamlined than in the legacy systems.

“I’ve only recently learned RADAR, but from what I can tell, the way that RED is structured, once all of the modules are rolled out, you won’t have to click as many times to find what you’re looking for across multiple platforms,” Clarkson said.

“Any way we can make a process less onerous on the community is adding value. So I’m excited for that,” Clarkson added.

Senior University Program Associate Rod Lassiter, who attended all of the UAT sessions that were geared toward the SPARCS Operations team, says he liked the additional functionality PT/PAM offers in comparison to the legacy system RADAR.

“I like how it’s more detailed than what we’re used to,” said Lassiter, who’s been a user of RADAR for most of its lifetime. “It’s a little more robust than what we have now.”

Assistant Director for Contract and Subaward Negotiations Wendy Moore, who attended two UAT sessions, says she, too, was impressed with how robust the new modules appeared to be and can already envision the many benefits RED will bring as “all of the pieces come together.”

“I think it’s going to be a great asset for the university,” Moore said.

Shortly after UAT concludes, final preparations for go-live will begin. We currently plan to launch PT/PAM in early 2023. Beginning in January, RADAR users can expect to receive email notices with more information, including opportunities to preview PT/PAM along with details about the transition of data and business processes from RADAR to RED.

Once we’ve successfully completed the launch of PT/PAM, the ERA project team will soon shift focus to the implementation of the Humans Subjects (IRB) and Proposal Development (PD) modules of RED.

If you have any questions, please email era-project@ncsu.edu. 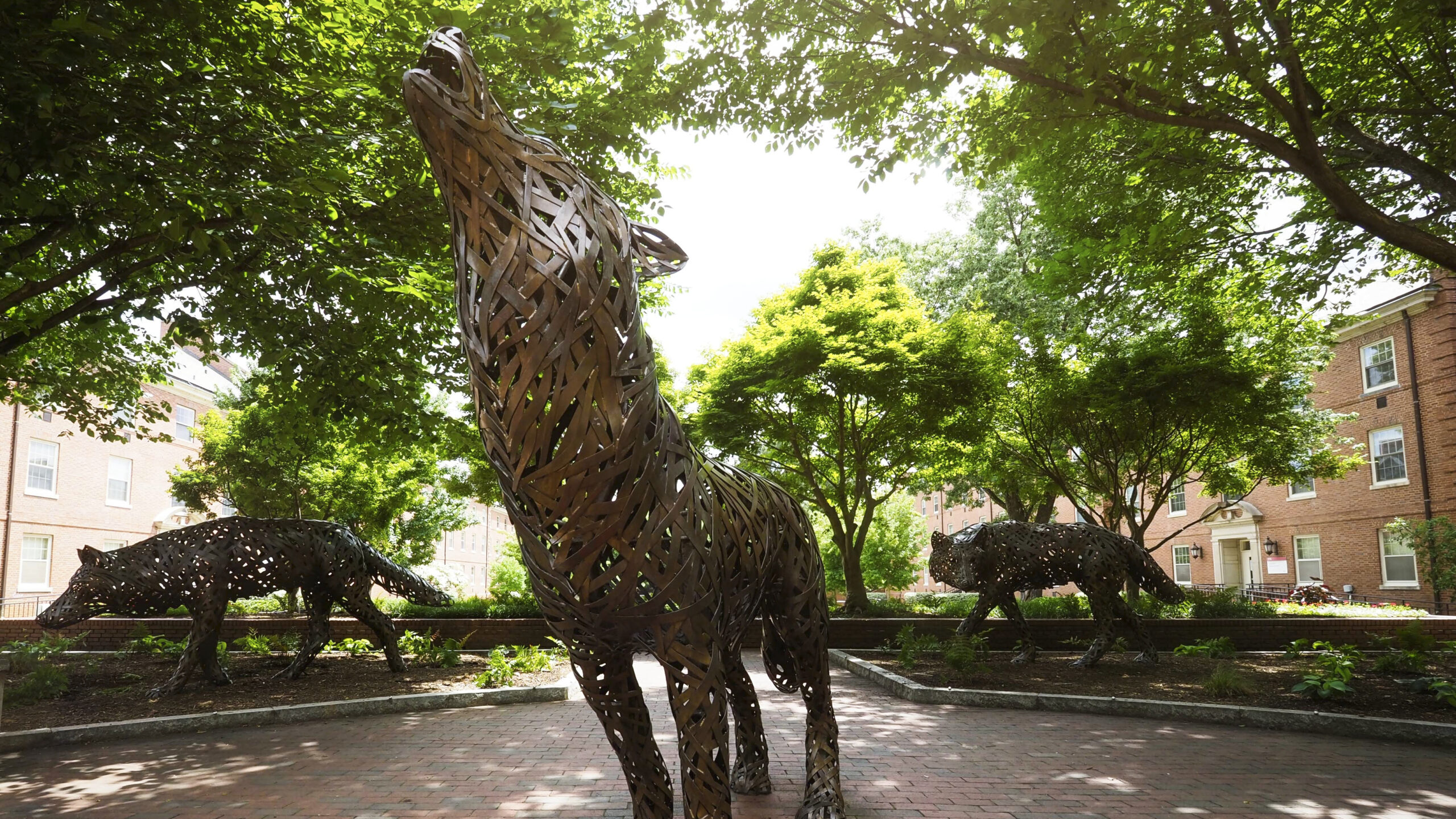 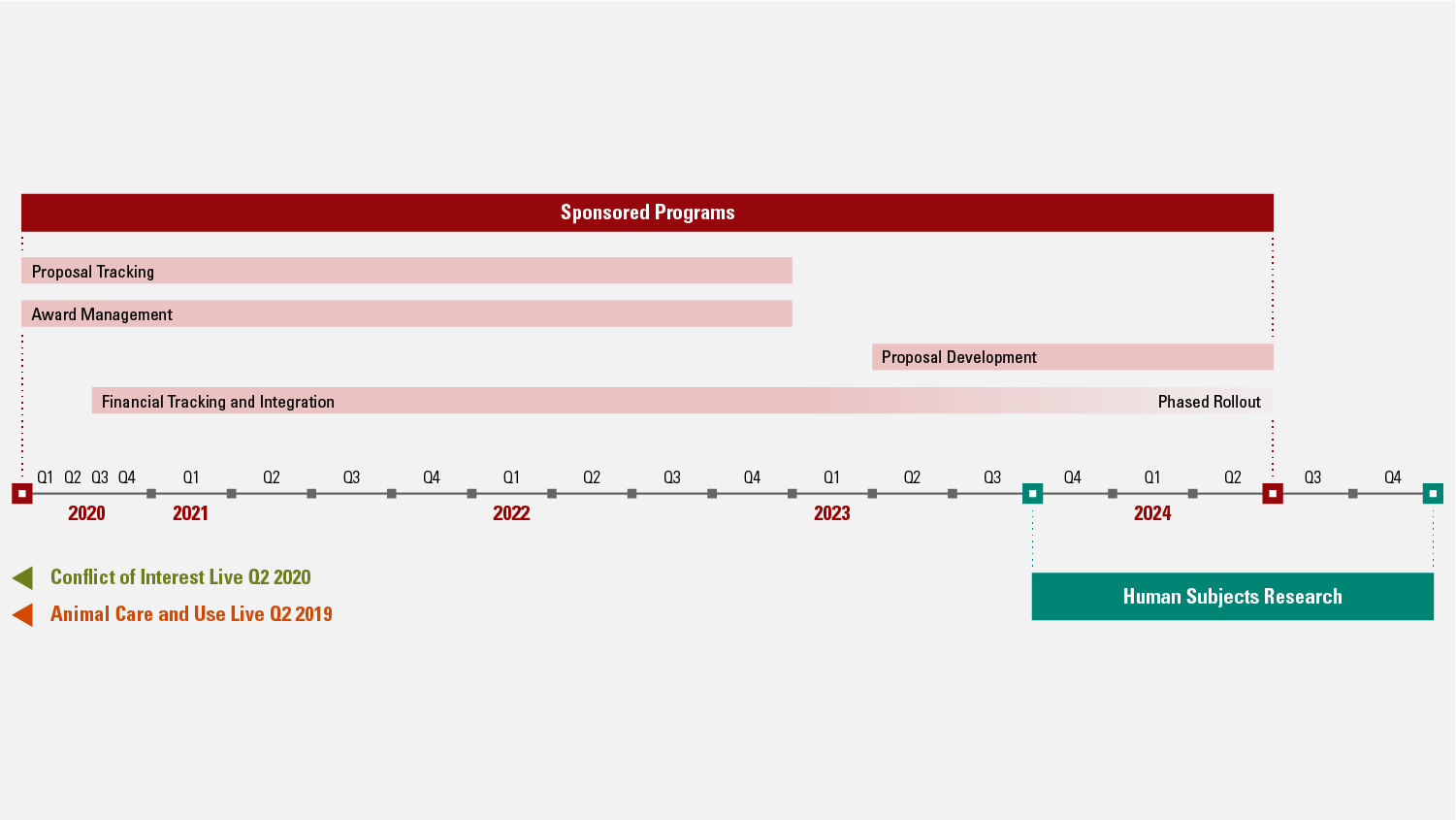 Breaking Down Our New Timeline