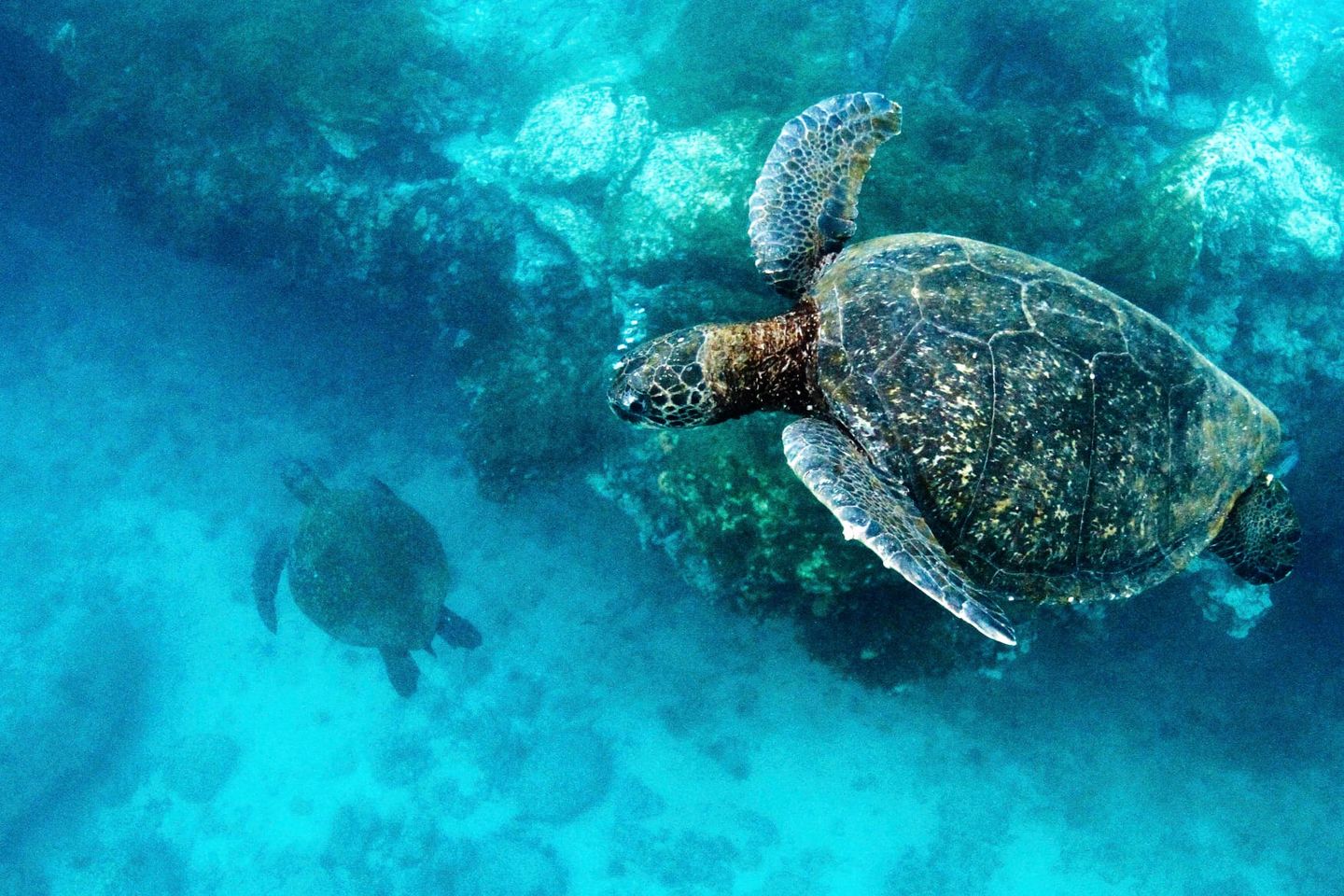 The Galapagos Science Center (GSC) was founded in 2011 as a hub for scientific research projects to benefit the Galapagos and the world of science. The GSC is the first and only academic research center on the Galapagos archipelago. In response to opportunities offered by the GSC, a working group of NC State faculty interested in Galapagos research, sustainability, training and education formed to pursue projects of interest on the Islands.

Read about the upcoming World Summit on Island Sustainability

On September 25, 2019, Stephen Walsh, Director of the UNC Center for Galapagos Studies and co-Director of the GSC, gave a presentation to the NC State Community that reviewed GSC capabilities and operations as well as selected ongoing research projects. Walsh’s presentation, as well as GSC resources, are available for viewing here (login required).

This web page will feature key NC State efforts on the Galapagos Islands as well as news items of relevance. Additionally, a quarterly newsletter will be distributed to those who would like to join the working group and receive important updates.

The first Galapagos Working Group (GWG) meeting of the year was held on January 20 and featured guest presenters Amanda Thompson, Corbin Jones, Xiaoming Liu and Adrian Marchetti with UNC’s Galapagos Initiative. Our guests provided an overview of the Initiative, along with a closer look at the projects that each of them is currently working on.

A lively discussion and Q & A session followed the presentations, capping a well-received forum. The session was recorded and is included here (Access Password: Q@F2uC?%), along with Thompson’s slides.

Be on the lookout for information on the next GWP meeting, coming soon!

A Snapshot of Greg Lewbart’s Work with GSC 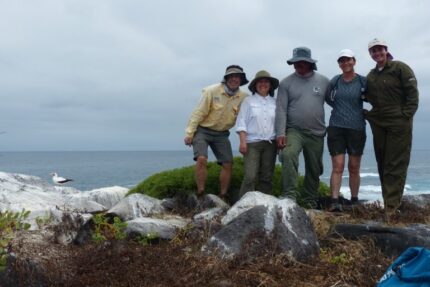 Read more about the ongoing work of Dr. Lewbart and team.

NC State’s Dr. Greg Lewbart, Professor of Aquatic, Wildlife, and Zoological Medicine in the Department of Clinical Sciences, joined NC State’s College of Veterinary Medicine in 1993. Dr. Lewbart is also an adjunct professor at UNC-Chapel Hill’s Gillings School of Global Health, and over the course of 21 trips throughout the past decade to the Galapagos, has participated in several research and health assessments through his affiliation with UNC-Chapel Hill and Universidad San Francisco de Quito.

After being unable to travel to the archipelago as planned last year due to the COVID-19 pandemic, Lewbart advised and lent guidance from afar as the GSC collaborated with frequent partner the Galapagos National Park (GNP) to conduct health assessments of 30 juvenile giant tortoises. The objective of these assessments was to determine if the animals were healthy enough to both survive and prosper in the wild as part of critical repatriation efforts. These giant tortoises are currently recognized as a vulnerable species, with numbers decreasing from 250,000 to 3,000 in the 1970s. According to Lewbart, this decline was largely due to human exploitation. Today, with the help of the national park’s breeding center, there are 6,700 giant tortoises on San Cristobal island. The tortoise health assessments would not have been possible without the GSC.

Read more about this story, and watch a video from the GSC about tortoise health assessments.

In June of 2021, Lewbart traveled to the GSC to conduct key research on the Galapagos sea lion. He noticed that sea lions often needed life-sustaining blood transfusions after injuries; however, it was previously unknown whether the animal could receive blood from same species donors. He, along with a team from the GSC and GNP, lead efforts to catch over 20 sea lions, take small blood samples, and conduct cross-matches. He found no clotting or other adverse reactions, discovering that sea lions could undergo health-promoting and potentially life-saving blood transfusions.

The Green Sea Turtle and the Española Nazca Booby

During his trip in June of 2021, Lewbart also conducted research on the green sea turtle and the Española Nazca Booby. First, he and his team sought to determine if, and what type of, microplastics exist in the feces of green sea turtles. For this analysis, a total of fifty sea turtles were captured in the Galapagos as well as in the surrounding waters of mainland Ecuador in order to provide a comparison of the scale of microplastics.

At the tail end of his trip, Lewbart visited Española Island to conduct health assessments on the Española Nazca booby. He and his team captured and obtained samples from 108 animals, with samples coming from two strategically selected locations – one near tourists and one in a remote location – in order to measure stress levels and better assess how tourism may or may not be impacting the species’ health.

Read more about Lewbart’s recent work with the GSC.

Prior to returning from his most recent research visit to the GSC, Lewbart attended and participated in a workshop focused on conserving the pink land iguana. View the workshop agenda here.