Two NC State faculty have been named to the National Academy of Inventors (NAI) 2018 class of fellows. More than 1,000 inventors, representing more than 250 research universities and government and non-profit research institutes, are NAI Fellows. Dr. Sylvia Blankenship, professor emeritus from the College of Agriculture and Life Science’s Department of Horticultural Science and retired associate dean, and Dr. Koje Sode, William R. Kenan Jr. Professor in the UNC/NC State Joint Department of Biomedical Engineering, were among the 148 fellows to be added to the NAI. NAI Fellowship is the highest professional distinction that an academic inventor can achieve. 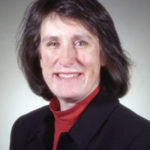 In the 1990s, Dr. Blankenship and former NC State professor Edward Sisler created and characterized a compound known as 1-methylcyclopropene, or 1-MCP, that makes fruits and flowers last longer. This compound, known as SmartFresh™ launched commercially in 2002. SmartFresh is used to keep more than 70 percent of all apples harvested in the United States fresh. 30 other crops, including kiwis, pears, plums and many floriculture crops also use the product. The Office of Research Commercialization worked with the team to help bring SmartFresh to market. 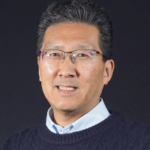 Dr. Sode has worked to create novel biodevices for medical application, and launched a start-up company, Ultizyme International, Ltd. He currently serves as their science and technology advisor. This company holds 41 biotechnology patents that name Dr. Sode as inventor or co-inventor.